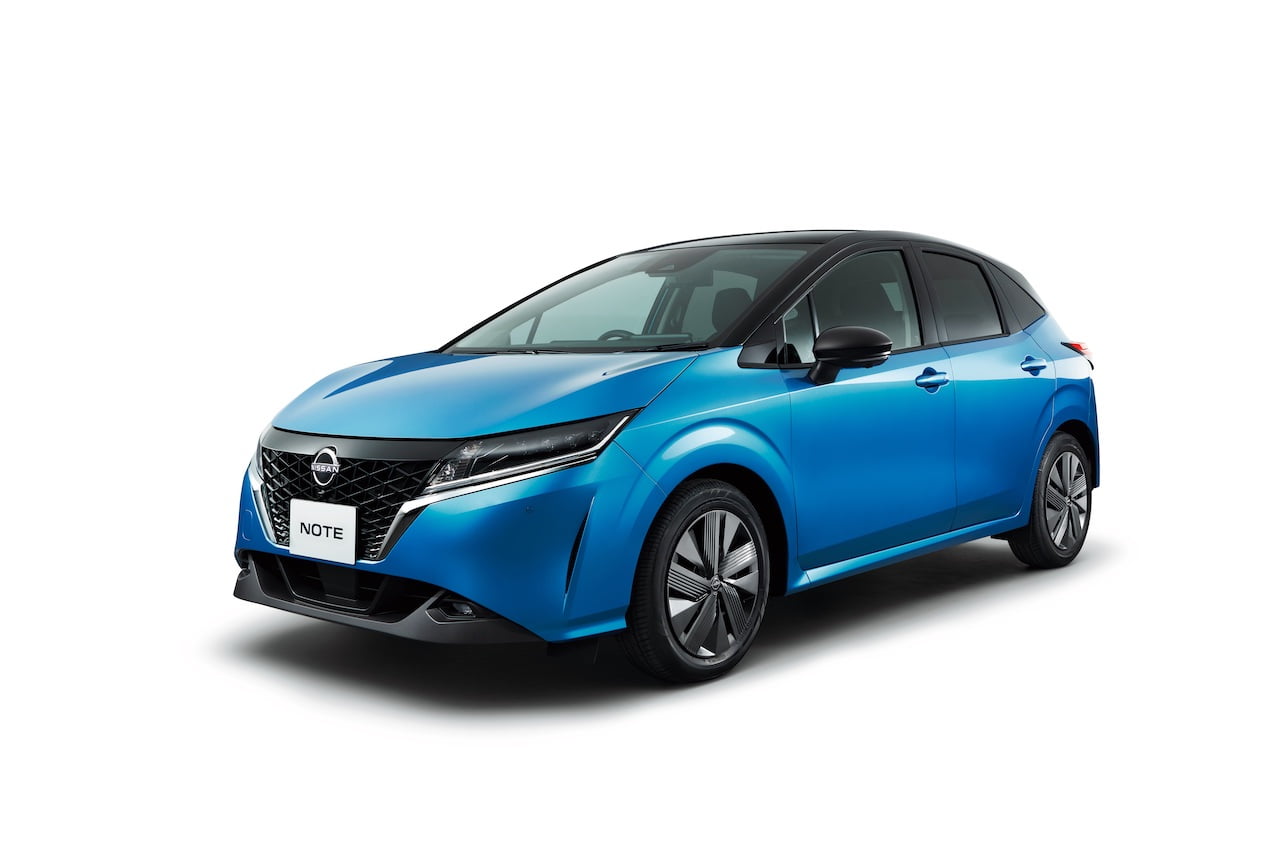 The hybrid-only 2021 Nissan Note debuted at an event in Japan yesterday. At the unveiling, the 2021 Nissan Note’s chief engineer Akio Watanabe talked about the competitive advantage of the Note over rivals.

When a journalist asked Watanabe the advantages the 2021 Nissan Note has over the Toyota Yaris and the Honda Jazz (Honda Fit), which are the leading models in the B-segment, here’s what he answered:

I would say that updated, second generation e-Power system and the new platform deliver driving performance which is one of the big strengths. And in addition to this, we have usability, user-friendliness and upscale feeling. We are reconciling all the comfort at the high dimension which enables you to enjoy long-distance driving. And the last one is updated ProPilot system. 360-degree safety concept is at the basis. So safety features are delivered at the class-leading level.

Another journalist asked if there’s any risk in terms of pricing competitiveness because of not offering the all-new Nissan Note with a conventional petrol engine, and what would be its effect on the sales volume. Answering the question, Asako Hoshino, Executive Vice President, Nissan, said that Nissan can sell more units of the all-new Note by offering it with just an internal combustion engine, but that’s not in line with the corporate vision, and so, it won’t do that.

People say in terms of volume I believe that we can sell more with an internal combustion engine or gasoline engine but as Gupta-san (COO) said we are trying to lead and contribute to the development of zero-emission mobility. That’s our corporate vision. So, based on this, we would like to promote electrification. We would like to focus on electrification. That’s what we have decided within the company and based on this decision, this new Nissan Note is delivered with which is only dedicated to e-Power.

The Note is Nissan’s best-selling model in Japan, and the company has left no stone unturned in its renewal. The company has developed the third-gen Note from the ground up and made it look more of a small hatchback than a mini-MPV. That makes its positioning in the market clear, and more Honda Jazz and Toyota Yaris customers are likely to see it as an alternative now. That, along with the catchy design, courtesy Nissan Ariya’s Timeless Japanese Futurism design language, makes the 2021 Nissan Note the hottest hatchback in the Japanaese market right now.

The platform the 2021 Nissan Note sits on is Renault-Nissan-Mitsubishi Alliance’s CMF-B. Developed over a period of five years (2014-2019) at the Guyancourt Technocentre outside Paris, France, CMF-B already underpins the Renault Clio, Renault Captur and (Busan-made) Renault Arkana/Renault-Samsung XM3.

ProPILOT with Navi-link syncs with the navigation system and obtains the road data from it. The front camera and this road data are used to identify the speed limit signs and change the speed settings. Road data is used to also understand the size of the curve ahead, so that the deceleration can be done accordingly. All this is over and above the basic ProPILOT function of detecting lane markers and keeping it centred in the lane while observing a pre-set distance from the vehicle ahead.