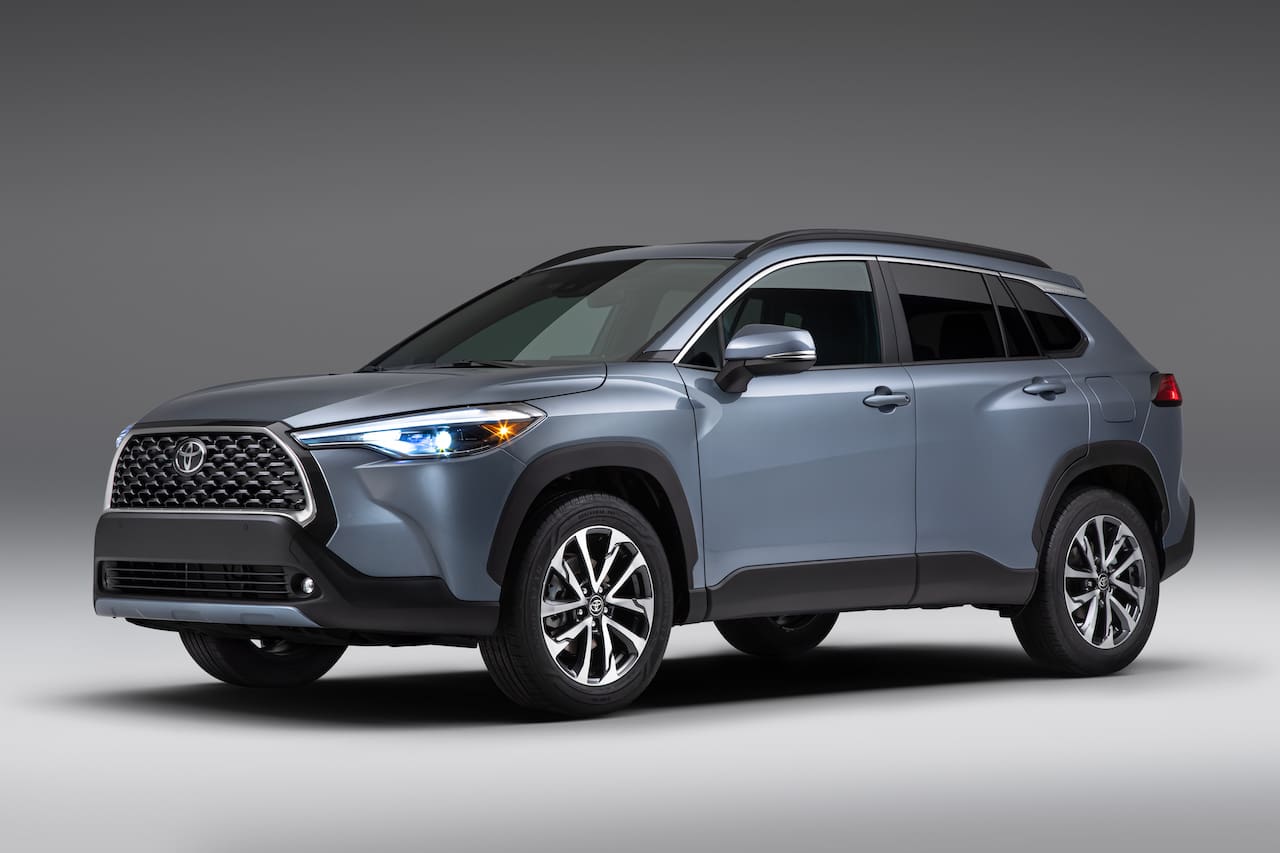 The Toyota Corolla Cross unveiled last year made its U.S. debut last week. Toyota will launch the new compact crossover this fall, but with only a gasoline engine. However, the hybrid powertrain offered in other markets will be brought to the U.S. later.

Samantha Goot, General Manager, Vehicle Marketing & Communications, Toyota (USA), has hinted that the company will expand the Toyota Corolla Cross range in the U.S. with a hybrid option next year. At the local unveiling, she said to look forward to “an announcement coming for the all-new Corolla Cross as early as next year.” CNET later reported that a Corolla Cross with a blue-ringed badge which is exclusive to its hybrid variant was teased at the event.

Positioned below the Toyota RAV4, the Toyota Corolla Cross could be priced from between USD 23,000 and USD 25,000 in the U.S.

The Toyota Corolla Cross is considered as the ‘practical’ alternative to the Toyota C-HR. Here are six things you should know about the crossover:

1. Corolla-based crossover variant for the first time in over 50 years

With more than 48 million units sold in over 150 countries worldwide, the Corolla badge is for the first time placed in an SUV body shape. The company believes that to evolve, it has to understand and exploit the demands of growing segments such as the highly popular SUV segment. The Toyota Corolla is by far the company’s best-selling car. Having this badge on an SUV body considerably boosts the appeal of the Corolla for customers who want a high-riding vehicle with more space and possibilities.

Internationally, the Corolla Cross comes with an option of a Hybrid powertrain. A 98 hp 1.8-liter petrol engine is paired with a 72 hp electric motor to produce 170 hp (system output), which works with Toyota’s Electric continuously variable transmission. This helps the Corolla Cross achieve a fuel economy of 23.3 kilometers per liter (4.3L/100km) and produce CO2 emissions of 98 g/km. Details about the U.S.-spec Corolla Cross Hybrid should be released in the first half of next year.

3. Platform shared with the Toyota C-HR

The Corolla Cross uses Toyota’s TNGA-C platform shared with the C-HR. The Corolla cross is 175.6 in. long, 71.9 in. wide, and 64.8 in. (with antenna) tall, making it slightly taller than the C-HR but on the same wheelbase. It offers a much higher ground clearance of 8.1 inches, compare to the C-HR’s 5.9 inches.

The Corolla Cross has lots of space in the cabin for increased practicality. The maxmium cargo volume is yet to be announced, but the cargo volume behind second row is 24.3 cu. ft. (AWD)/25.5 cu. ft. (FWD), which is another dimension much better than the C-HR’s (19.0 cu. ft.)

The North American Toyota Corolla Cross will be produced at the Mazda Toyota Manufacturing (Mazda-Toyota JV) plant located in Huntsville (Alabama) in the U.S. from this year. 150,000 units is the annual production target, and the manufacturing is scheduled to begin this fall for the model year 2022.