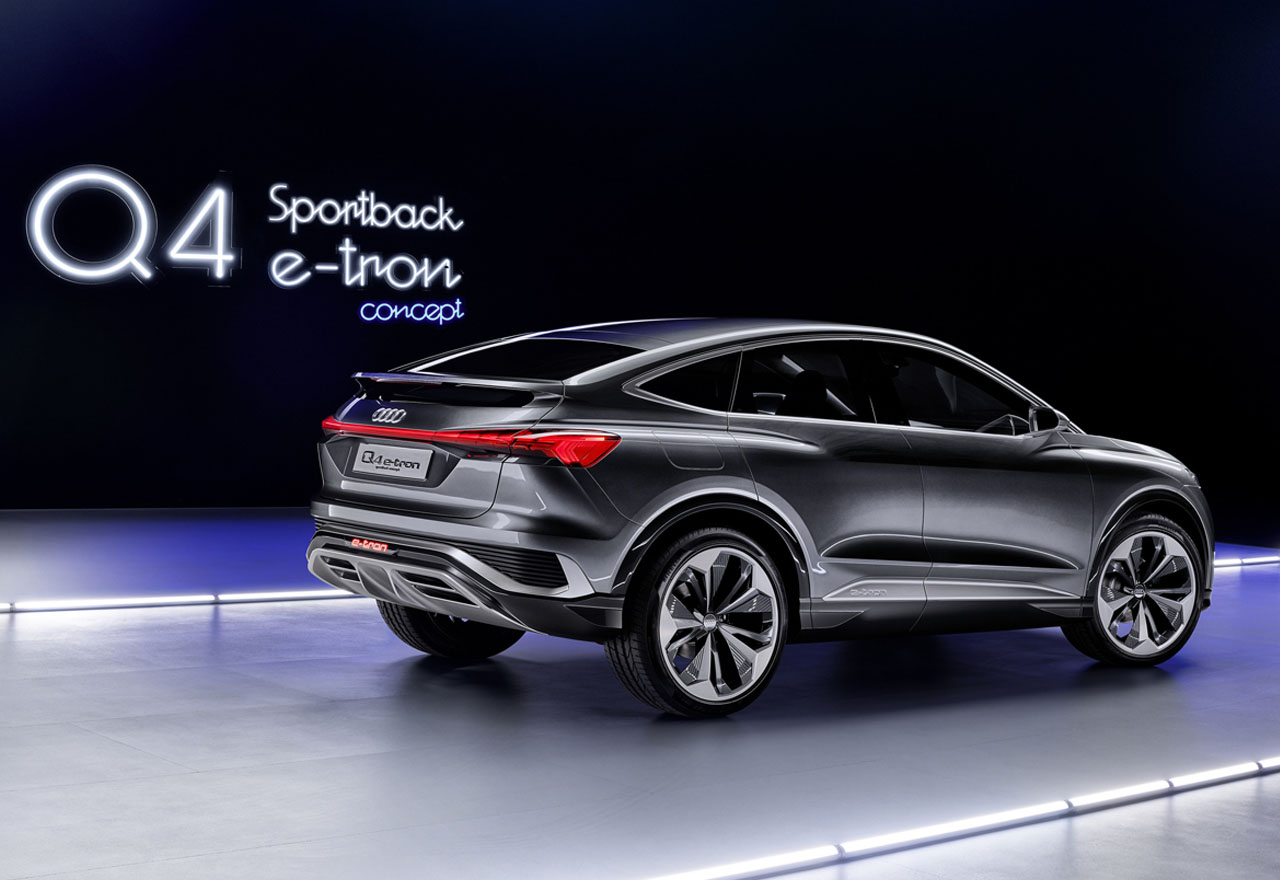 Audi has unveiled the near-production Q4 Sportback e-tron concept that will be made available next year along with the regular Q4 e-tron. Audi has confirmed that customer deliveries of the Q4 will begin around a year from now, globally.

Similar to the Q4 e-tron, the Q4 Sportback e-tron follows the SUV-Coupe body style with a sloping roofline. Apart from the D-pillar, the Sportback is identical to its SUV twin with the same wheelbase of 2.77 m. The interiors are the same as the Q4 e-tron, and as is the powertrain.

The Q4 Sportback e-tron gets a virtual Audi cockpit, a large-format head-up display with new augmented reality function and a 12.3-inch touchscreen infotainment system tilted slightly towards the driver. The floor of the car comes from recycled materials, and a multi-layer paint finish instead of chrome-plated metal decor frames coats the surface.

Powering the Q4 Sportback e-tron is an 82 kWh battery pack that offers a range of over 450 km (WLTP) in a single charge. The battery supports up to 125 kW of fast charging, with which 80 per cent charge comes up in just 30 minutes. Electric motors, one on each axle, drive the car. The front electric motor makes 75 kW of power and 150 Nm of torque and the rear unit makes 150 kW and 310 Nm of torque. While the Q4 Sportback e-tron is a ‘Quattro’ all-wheel-drive, the car uses its rear motor for most of the time, and in demanding terrain, the electric all-wheel-drive engages the front motor to redistribute the required torque. There’s an almost 50:50 axle load distribution, and the suspension setup features a MacPherson axle with adaptive dampers in the front and a multi-link axle with separate springs and adaptive dampers for the rear.

Audi has planned to launch more than 20 fully electric models by 2025 and to achieve around 40 per cent sales through its electrified models. It will cover all major market segments from the compact class to the luxury class. Audi India’s first electric car is the e-tron to launch in a few months.