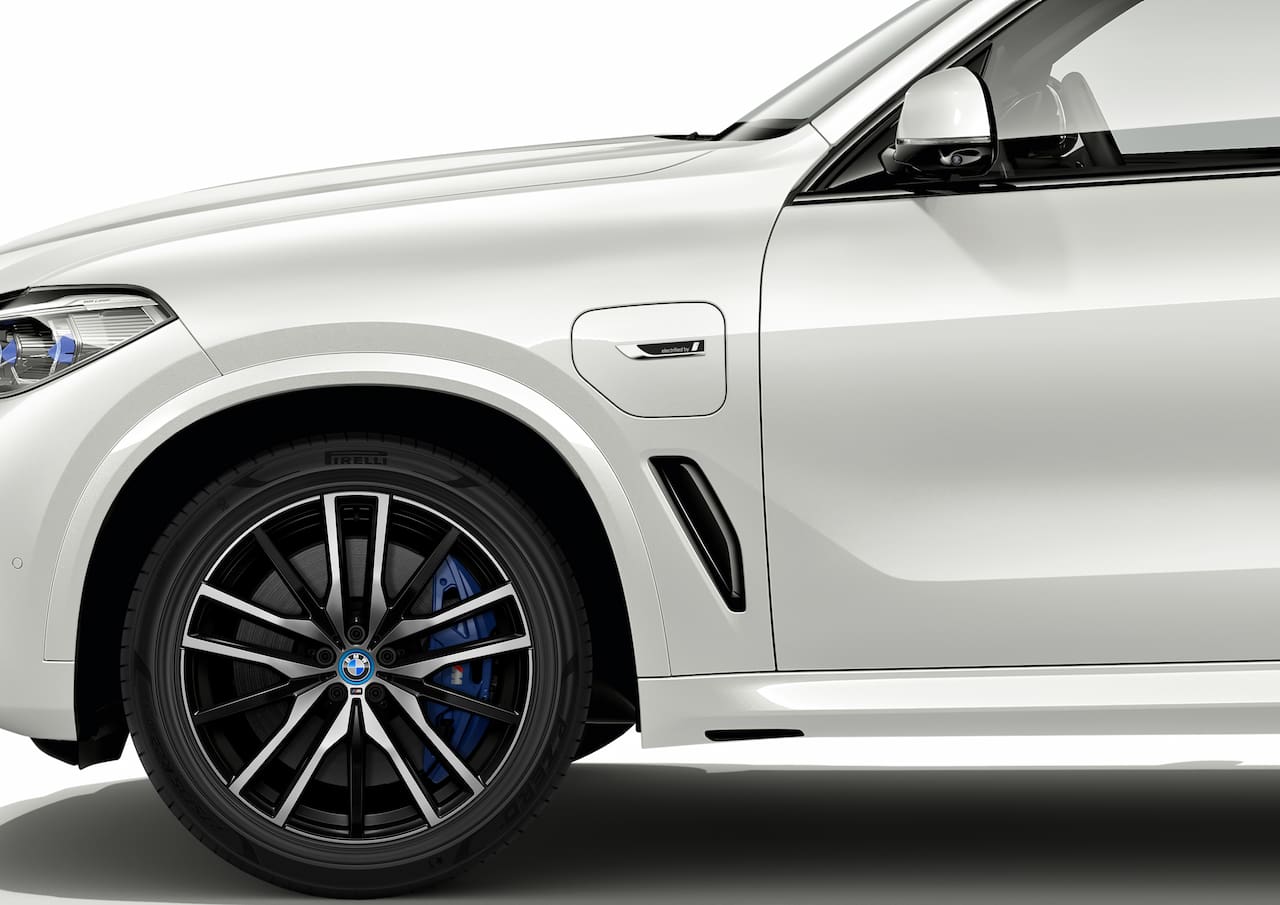 BMW is planning to stress the cleaner character of the plug-in hybrid carlines and will start differentiating them further from the ‘regular’ models starting this summer. The Germans have announced that the BMW PHEV cars will have a few distinctive features starting next month. The update includes new lettering and BMW i Blue accents around the car.

The Munich-based carmaker has announced that the plug-in hybrid variants of the BMW 3 Series, BMW 5 Series, BMW 7 Series, and BMW X5 will receive fresh exterior and interior design accents that pronounce their hybrid credentials. In line with this goal, the BMW insignias on the hood, tailgate, steering wheel, and wheel hubs will carry a BMW I surround. A model that will get slightly more attention from the stylists is the BMW 5 Series Touring, which will provide the buyers with more customization options. Rounding up the updates of the three models are bigger 19-inch alloy options that will replace the current 18-inch units. These alloy wheels will be available in five different styles.

With these changes, BMW will return to its original fashion when its first hybrid cars used to be a part of the company’s ‘iPerformance’ range and come with BMW i Blue accents and the ‘i’ logo on the front fenders. While these styling elements were dropped in the later models, they are making a comeback on the current crop of Bimmers that have plug-in hybrid setups to emphasize their eco-credentials.

The cabins of the PHEVs will remain mostly untouched except for the new blue accents and the updated logo on the steering wheel. All the models will be kitted out with the latest generation of BMW’s iDrive interface along with a high-res digital 12.3-inch digital instrument cluster and a 12.3-inch touchscreen infotainment display. The updated system offers haptic controls for the iDrive controller, an advanced tablet-like touch interface, rich graphics, and the largest displays ever seen on a production BMW.

Prices of the BMW 5, 7, X5 PHEV are expected to stay largely untouched with the introduction of the updated styling package.

When is the release date of refreshed BMW 5,7, X5 PHEV?

The updated PHEVs from the Bavarian carmaker will be released in July 2021.

Plug-in variants of the E-Class, A6, S-Class, Q7 and Cayenne are the main competitors.