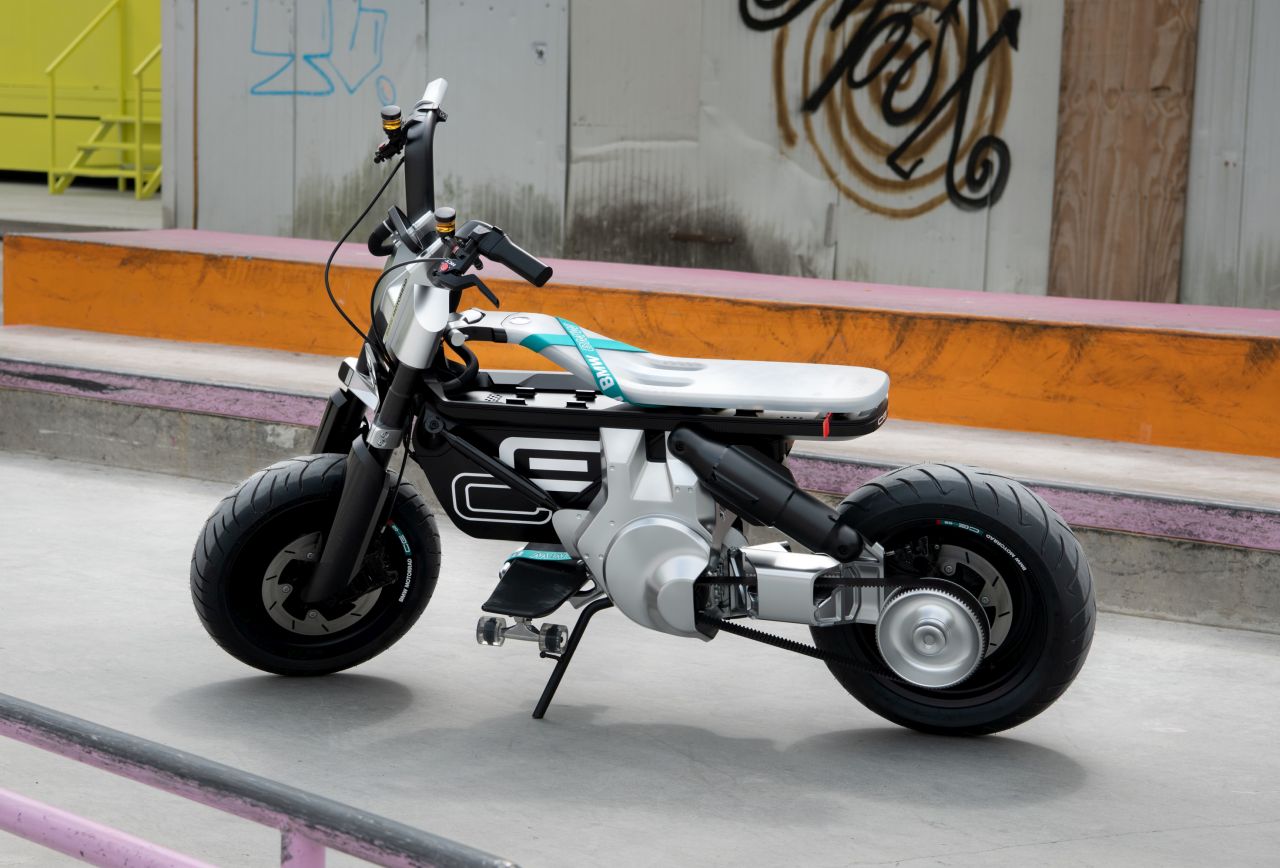 Ahead of its public showing at the IAA Mobility 2021, BMW Motorrad has revealed the BMW Concept CE 02, an electric motorcycle for the young urban commuter. BMW’s press release states that the Concept CE 02 is neither a classic motorcycle nor a scooter but an exciting and emotional mobility offer. Here are six things you need to know:

First, the Concept CE 02 is powered by an 11 kW electric motor that can propel the bike to 90 km/h. BMW hasn’t shared any battery figures. However, the range, according to WMTC, is calculated at 90 km total. Suitable for A1 licence class holders, BMW is targeting the Concept CE 02 towards a younger audience. This is further marked by the bike’s fairly light 120 kg weight and 730 mm seat height.

The Concept CE 02 has a single panel for the seat extending all the way to the front, which curls upwards slightly. The front of the bike is very minimal, with a small square housing just below the triple clamp for the four LED units that provide lighting in the dark, and a small colour screen provides basic information. The rear features two LED leaves positioned on either side of the seat for the tail lamp. The bike gets 15-inch disc wheels which, according to BMW, graphically emphasises the bike’s proportions. The black portion in the centre of the bike is where the two battery units are housed.

This seems almost impossible, but the company has managed to sneak in a bit of carrying capacity. BMW says that two blue elastic straps on the curved portion of the seat allow the rider to strap small objects to the bike. Riders can strap this either to the top of the seat or the free space in between the seat and the frame. Moreover, two brackets where the footrests are mounted can also be used for storage, BMW’s example is a skateboard.

BMW also has two matching concept riding jackets for men and women that feature new print-on protection. According to BMW, the new GRDXKN developed printing technology allows for protection to be printed directly onto the garment. The print grows into a foam layer that is abrasion-resistant and impact-absorbing.

BMW says that the target audience of the bike is customers who are 16 years or older. The youthful appearance, along with the black and silver colour scheme with blue accents, highlights the fun nature of the bike, and BMW says it looks inviting and confidence-inspiring enough for non-motorcyclists to take a turn on it. The BMW Concept CE 02 can be operated with an ECE Class A1 licence.

BMW has not mentioned mass-producing the CE 02 and selling it at BMW Motorrad dealerships in the press release, but during the Livestream, there was more than a hint that the model would lead to a production version

As much as I’d love that it would be the final production, we’re a little bit early. It’s the concept version and I’m glad you like it Tobias.

BMW Motorrad’s design chief also left a few hints during the stream about the launch of the BMW CE 02.

At the moment of course we are of course just talking about this concept bike but I can promise you: as for an eventual production version, we would have tons of ideas, definitely!

Alexander Buckan, Head of vehicle design at BMW Motorrad, on the individualization/customization of the BMW CE 02

At this time, the CE 02 is a one-off for the IAA 2021 that is designed to showcase what is possible at the company in the areas of design, tech and rider equipment. It defines urban mobility in a new way at BMW Motorrad, but it won’t stay as a concept for long!

What is the release date of the BMW CE 02?

BMW’s design head has hinted that a production version will come. Expect to see the showroom version in a few years.

What is the expected price of the BMW CE 02?

As BMW sees this is as its “Skateboard on two wheels,” expect it to become the entry-level model and the most accessible BMW bike. 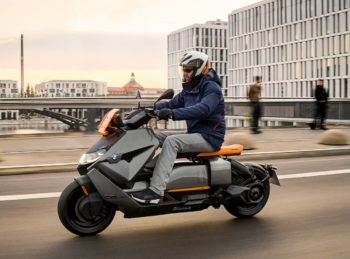