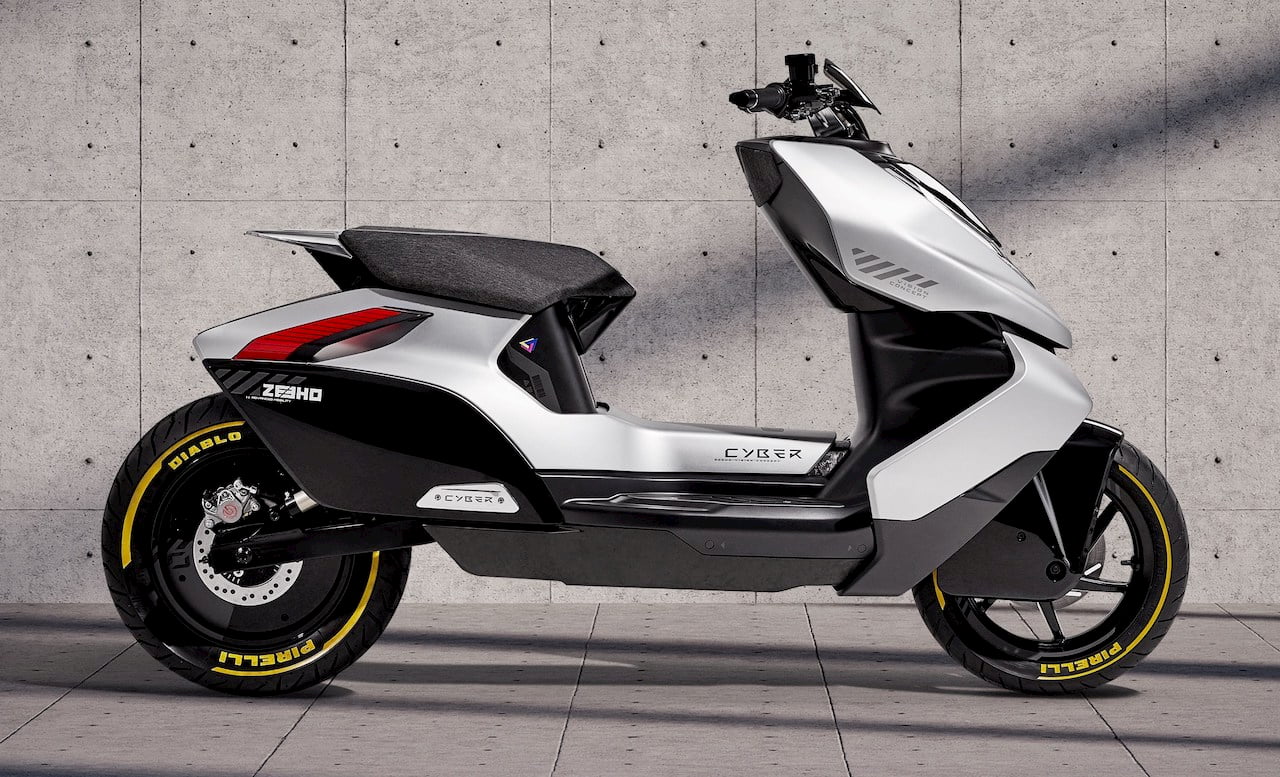 China’s CFMoto launched the Zeeho brand with a new electric scooter in December. The Zeeho model is still a concept, but not for very long..

The electric scooter concept from the Zeeho brand, the Cyber Concept, is scheduled to evolve into a production electric scooter in the first half of this year. A new report from ZigWheels.com says that CFMoto is likely to launch the road-ready version of the Zeeho Cyber Concept in India. The specifications of the model the company sells in India could be different from China, though, as per the report.

The Zeeho Cyber Concept features a very sporty design in a sleek and compact build. It is designed for EV customers putting a strong emphasis on performance and technology. The Cyber Concept flaunts double winglet neon lights, LED headlights and a large digital dashboard with Wi-Fi, GPS and more. The new electric scooter’s most interesting piece of tech is a 360-degree camera system, though.

CFMoto says that it is the Zeeho Cyber Concept has been “manufactured with the same high-tech processes as used by KTM.” It is to be noted that KTM would have its first electric scooter in the near future based on the Bajaj Chetak platform.

Powering the Zeeho Cyber Concept is a mid-mounted, water-cooled, IP67-rated ‘Cobra’ motor that has a high energy conversion efficiency of 92%. This motor generates 10 kW of power and 213 Nm of torque (at the wheel). The Cyber Concept can reach 0-50 km/h in just 2.9 seconds and achieve a top speed of 110 km/h. Three ride modes are available: Eco, Street and Sport. The new electric scooter uses Pirelli tyres and 215 mm Brembo disc brakes.

The energy source of the Zeeho Cyber Concept is a Farasis Energy-made 4 kWh Lithium-ion battery pack that gives a range (NEDC) of more than 130 km. The battery pack has a lifespan of 2,500 cycles/8 years/3 lakh km. Its wide operating temperatures ranging from -20° to 55° make ensure that the scooter is usable in varied climatic conditions across the globe. It can be charged to 80% capacity in just half an hour.

CFMoto is considering to launch the Zeeho Cyber Concept-derived EV in India at the end of the year. The company has tied up with Anvita Auto Tech Works for its Indian business and sells motorcycles. The pricing, specifications, and features would have to be very attractive to beat the Ather 450X, which is the benchmark for performance electric scooters in the market today.

During the presentation of the Zeeho Cyber Concept, a teaser indicated that there will be four Zeeho EVs in the not-so-distant future, including a Zeeho electric bike, which could also be launched in India.