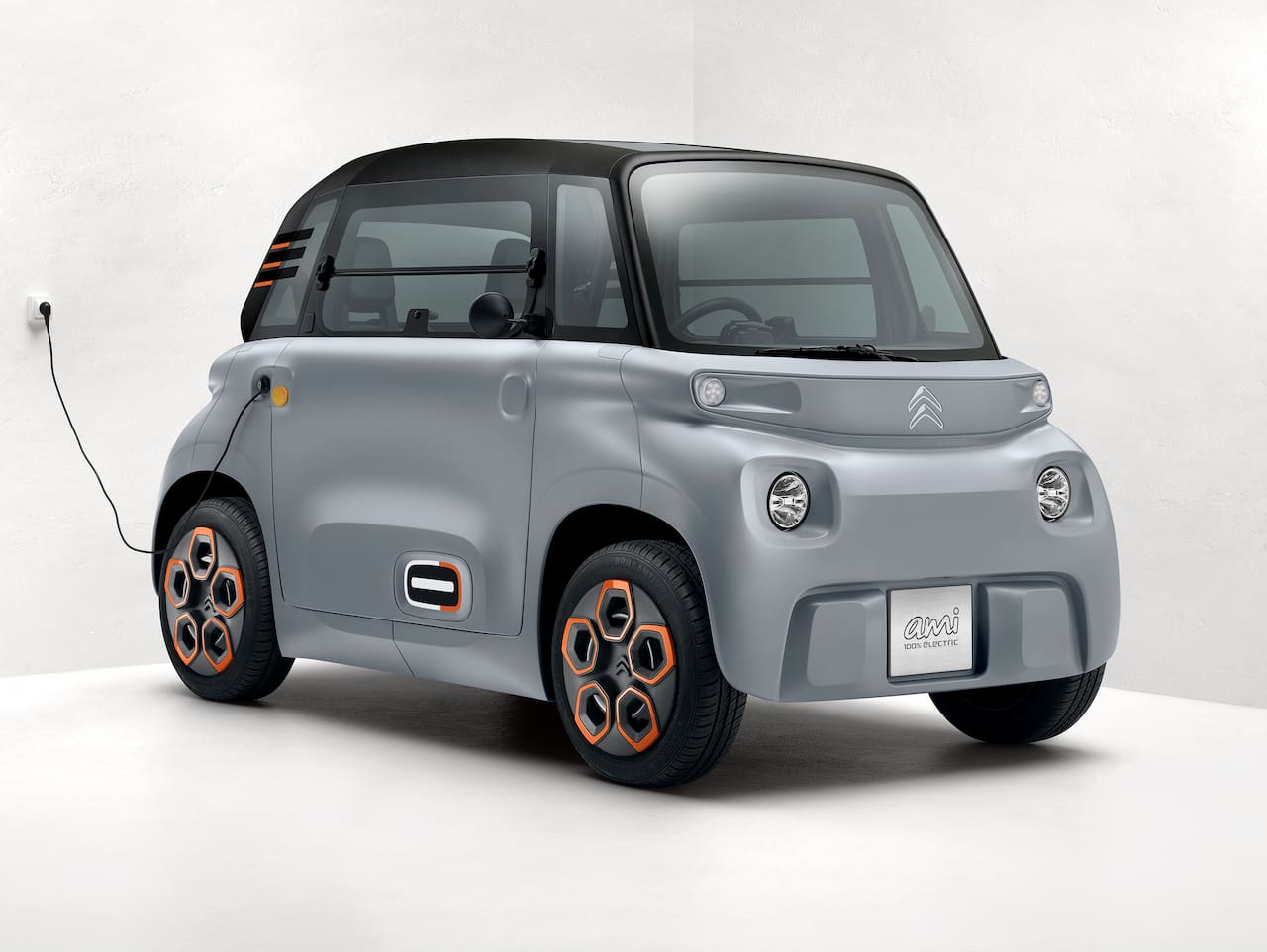 The Citroen Ami family expanded in May 2021 with the debut of its LCV version dubbed Citroen My Ami Cargo. Pierre Leclercq, Head of Design, Citroen, has hinted that there could be more versions for different applications arriving in the future.

In an interview in 2021, wallpaper.com asked Leclercq if the Ami could become an inspiration for a larger EV. While denying that such may not be the case, he said that the Ami is itself on the edge of legislation in the aspects of dimensions and weight. “But we have a lot of ideas for Ami,” the design chief added. Leclercq said that the LCV version has “inspired some of the other projects” Citroen is working on now, which could be additional Ami versions for new applications.

After going on sale in Europe in 2020, the Citroen Ami will be travelling across the Atlantic to the United States. Free2Move, a mobility services company of Stellantis, has confirmed via a teaser on LinkedIn that the electric quadricycle is on its way to Washington DC.

Citroen exhibited Ami at the CES 2022 (Consumer Electronics Show 2022), in January 2021 in Las Vegas. With over 14,000 users in Europe since mid-2020, the Ami is building its reputation as an inexpensive solution for individual use and reducing the carbon footprint. Displaying the prowess of the conglomerate, Stellantis showcased prominent products including the likes of Chrysler Airflow Concept, Grand Cherokee 4xe, new Fiat 500e, DS Formula E race car, and other models.

In Britain, customer interest in the Citroen Ami is soaring. Seeing the encouraging response for the Ami in the UK, Citroen has decided to go ahead with the launch despite the left-hand drive configuration. While adjusting to a left-hand drive vehicle could take some time, the driver will benefit from the convenience of a kerbside exit. Citroen plans to launch the Ami in the UK in the spring of 2022.

The Ami has a dedicated page on the Citroen UK website where patrons can learn about the product. Customers in the UK can reserve their Ami online with a refundable GBP 250 deposit. Only customers who had registered their interest in the Ami were able to reserve it when online reservations opened on 22 September 2021. In less than two weeks, Citroen received 1,130 reservations, and 14,000 people had registered their interest in the Ami in the UK by then. On 7 October 2021, the company announced that it had opened Ami reservations for all.

A major difference in using the Ami in the United Kingdom besides the LHD configuration will be the need for a driving license. This is primarily due to Ami’s 425 kg pre-battery weight, which is higher than the UK’s 350 kg limit for light quads (UK drivers from age 16 after a motorcycle training day drivers can drive a light quad – CBT). You would need to be at least 17 years of age to drive one, unlike France or other European countries, which allow drivers as young as 14 to operate quadricycles.

Citroen has confirmed that the UK-spec Ami will come with a 5.5 kWh battery pack that takes three hours to recharge and offers a range of 46 miles, and that it will have a top speed of 28 mph. Many Amis are already in the UK for testing around the company’s headquarters in Coventry. The Ami costs EUR 6,990 (5,898) onwards in France, and similar pricing in the UK could potentially make it the cheapest ‘car’ in Britain. However, the company expects most of the owners to take the subscription or sharing schemes.

In their test drive review, Car Magazine said that the Ami would mainly target users of bicycles, scooters, and public transport. Free2Move would run a mobility sharing network, the report said.

The Citroen Ami debuted in a commercial guise in Europe last year. The Citroen Ami Cargo is designed for last-mile delivery services and business users in urban areas, and is set to launch in the UK later this year. Citroen says that it will adapt the Ami Cargo for the UK market, but it won’t convert it into a right-hand drive model. The Cargo version has the same length, width, height, and turning circle as the passenger version.

The main change compared to the passenger model is the deletion of one seat, replaced with a 7-part polypropylene compartment that can take 260 litres and 140 kg of goods and cargo. The Cargo version has a modular shelf that can hold a payload of 40 kg, and its design is such that customers can use it even as a mobile desk. It has an A4 size cut-out where one can place forms or other paperwork items firmly. The total load capacity is 400 litres and is ideal for parcel delivery companies, plumbers, locksmiths, and electricians.

At the back of the cabin, there’s a small secure storage compartment that can hold valuables like a wallet or phone.

The Ami Cargo employs a 6 kW electric motor that gets its supply from a 5.5 kWh lithium-ion battery. It can achieve a range of 46 miles, which makes it an ideal micro-transporter for daily use in urban areas. Charging the battery pack from a regular domestic socket takes three hours.

There’s no word on the UK pricing yet, but the Ami Cargo will be exempt from current and future Congestion and Ultra-low Emissions Zone (ULEZ) charges. In France, the Ami Cargo costs EUR 7,390 (GBP 6,235). Renting is an option via a long-term lease agreement, with monthly payments starting from EUR 24.18. Customers also have the option of adding their company logo on the quadricycle.

The Citroen My Ami Buggy Concept was revealed as an electric recreational vehicle for the beach or countryside in December 2021. Significant changes on the My Ami Buggy concept include the removal of doors – it gets a drop-down canvas to shield occupants from the rain or adverse weather. However, Citroen says the intent is to drive the Buggy without doors. The addition of bull-bars, headlight grilles, off-road tyres, with a spare wheel on a roof-rack and a LED light bar, adds a new dimension to the Ami’s character.

Inside, the My Ami Buggy Concept gets memory foam for the seats with increased cushioning, redesigned storage bins, and a sailor’s bag under the dashboard which is the size of a cabin-size bag. Designers focussed on three colour tones for the concept: Khaki, Black, and Citrus Yellow. Citroen has not announced production plans for the My Ami Buggy Concept.

The Ami, in its basic avatar, is available in dual-tone blue & grey body colour. The ‘My Ami’ pack that costs EUR 400 unlocks four colours – Blue, Gray, Orange, and Khaki. To add sportiness to the car, there’s the ‘Pop’ pack, which gets you a rear spoiler, while the grey ‘Vibe’ pack offers the option of a roof rack. These packs come with additional black panels and stickers priced at EUR 900 and EUR 1,460, respectively. Additionally, Citroen offers various accessories, including a floor mat, storage bins, bag hook, and smartphone clip.

Ami, Citroen’s response to the world’s new mobility expectations for short journeys, debuted in late February 2020. The fully electric Ami is the production version of Citroen’s Ami One concept from 2019, can seat two persons, gets a functional interior with cleverly distributed storage spaces, and a panoramic roof as standard.

The Citroen Ami was launched in mid-2020 in three options for the French market: long-term rental, Car-sharing, and In-cash. Long-term rental is for those who already have cars and want a regular mode of transport for short trips. For this option, customers needed to pay EUR 2,644 and then rent EUR 19.99 per month. The car-sharing plan was launched at EUR 0.26 per minute, operated by Free2Move. Customers could also buy the Ami, fully in cash, for EUR 6,000, the company said at the launch. 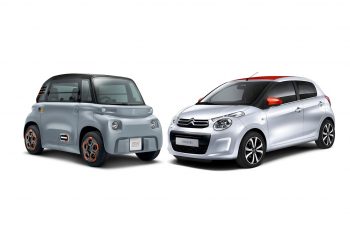 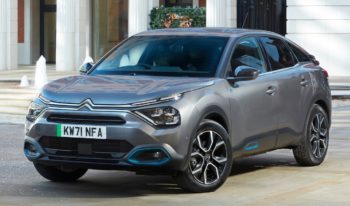 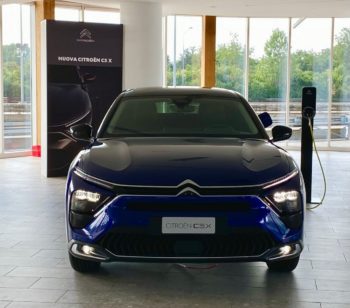