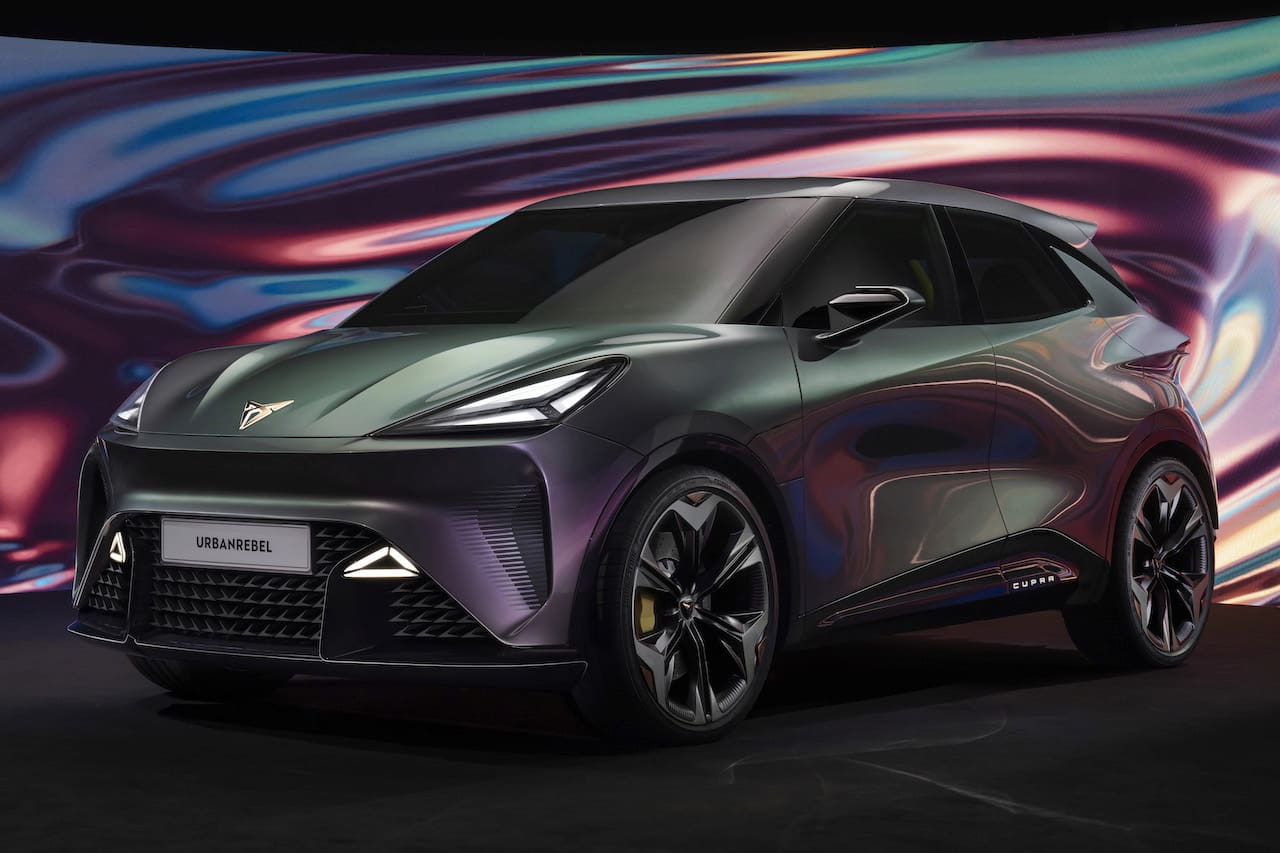 On 7 June 2022, Cupra held an event where it detailed its vision and ambition until 2025. A Cupra UrbanRebel electric crossover, a further development of the Cupra UrbanRebel Concept racing concept from IAA 2021, debuted at the event. It’s closer to production than the radical concept unveiled in Munich in September 2021. The production version will arrive in showrooms in 2025, Cupra has confirmed.

Here’s what we know about the entry-level Cupra electric car:

The Cupra UrbanRebel is a small electric crossover belonging to the B-segment from the Spanish performance brand. One can easily imagine a production model with a simpler design that has more practical lights, simpler mirrors, and other minor changes.

At the front, the Cupra UrbanRebel has a shark nose, sleek headlamps featuring a triangular signature (and reminiscent of the Tesla Model 3), and extra-large (faux) air intakes. It sports special wheels and slim mirrors on the sides, and we can see the tight overhangs, courtesy of a bespoke EV platform. At the rear, it flaunts a split roof spoiler, a full-width tail lamp with triangular graphics, an illuminated brand logo, and a diffuser-style bumper sporting triangular light reflectors at the outer ends.

Julio Lozano, the new Head of Exterior Design for Seat and Cupra, will likely oversee the final design of the UrbanRebel. Lozano had worked on the design of the Ibiza and Arona previously.

The cockpit electronics are an upgrade over what we see in MEB platform-based current EVs from Volkswagen Group, including Cupra’s own Born. The compact digital instrument cluster has two additional displays flanking it, one on each side, with the left unit showing the remaining boost power and the right unit giving a readout of the remaining driving range. The central display is an ultra-wide unit with nearly all comfort and infotainment functions built into it. There’s a small touch-operated panel below it that allows conveniently executing basic functions like turning the infotainment system on/off, going to the home screen and more.

The Cupra UrbanRebel measures 4,036 mm in length, 1,975 mm in width, and 1,576 mm in height. It has a 2,600 mm-long wheelbase. Underpinning the new UrbanRebel concept is a pared-down version of the MEB platform: MEB short.

While the default drivetrain layout in the MEB platform-based EVs is RWD, in the case of the MEB short platform-based EVs, it’s FWD. The UrbanRebel has a single motor driving the front wheels, producing 166 kW (226 PS/223 bhp) and providing the capability to accelerate from 0 to 100 km/h (0 to 62 mph) in 6.9 seconds. There will be different range versions in the production version, but this particular concept can travel up to 440 km (273 miles) on a full charge.

The display flanking the instrument cluster on the right side shows the full, 420 km (273 miles) as the remaining range and the central display shows an energy consumption rating of 12.5 kWh/100 km (12.5 kWh/62 miles). This means the concept probably has a battery pack with a 52.5 kWh usable capacity. Volkswagen Group may use lithium iron phosphate cells in the battery pack(s) of the production version.

Volkswagen Group’s new unified cell format will likely have a crucial role in ensuring the battery packs of the MEB short platform-based EVs are not expensive. The production UrbanRebel could benefit from this technology at some point.

The prices of the production Cupra electric car should start around GBP 30,000. Cupra CEO Wayne Griffiths has said that the UrbanRebel-inspired electric small car will be more expensive than its VW cousin, as per a report from Automotive News Europe. Cupra wants to position it between mass-market and premium segments. The production version of the UrbanRebel Concept could directly compete with the Alpine R5 hot hatch that’s arriving in 2024 when it emerges in 2025.

The Cupra UrbanRebel was designed and developed in Barcelona with production planned in Martorell (Spain), subject to the Strategic Project for Economic Recovery and Transformation program for Electric and Connected Vehicles.

Volkswagen Group has confirmed a dedicated battery cell factory in Spain that will make unified cells – Gigafactory Valencia. This will be a 200-hectare plant with an annual production capacity of 40 GWh. The company has confirmed that this factory will supply cells to its Spanish vehicle production factories in Martorell and Pamplona. Construction will start in Q1 2023 and production in 2026.

What is the Cupra UrbanRebel?

A future urban electric vehicle, one that is to be priced around GBP 30,000.

What is the Cupra UrbanRebel range & release date?

Cupra should launch the production of the UrbanRebel by mid-2025 at Seat’s Spanish plant, with a WLTP range of 440 km (273 miles).

What are the competitors to the budget Cupra electric car? 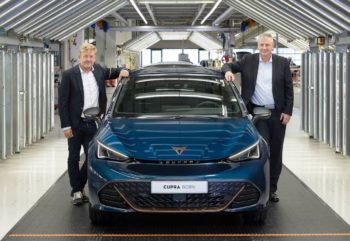 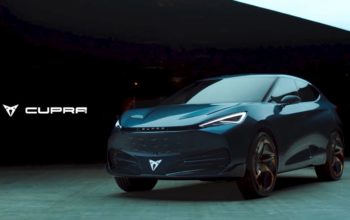 Slated for a launch in 2024, the Cupra Tavascan will become its brand’s first-ever electric SUV, based on the VW Group’s MEB platform.