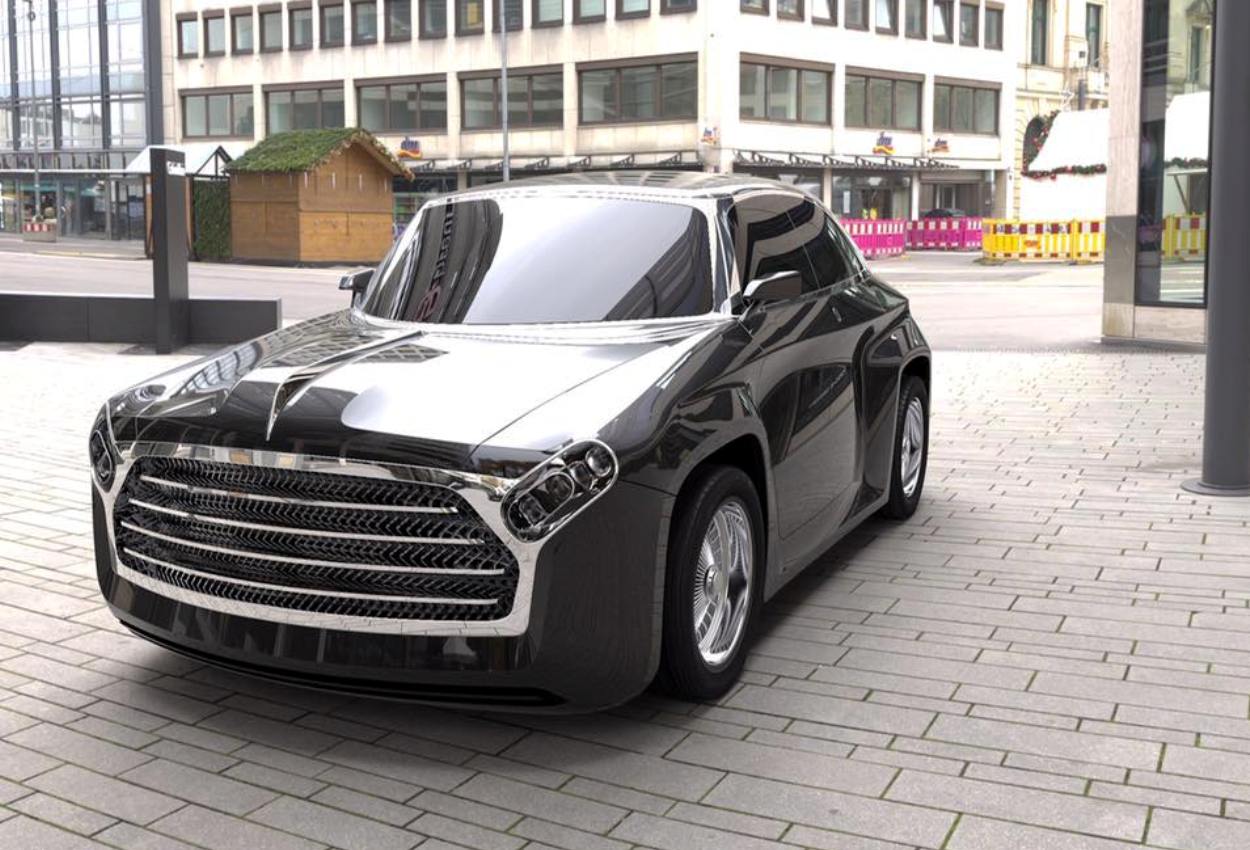 Update – We caught up with Dilip Chhabria, the founder of the DC2 (formerly DC Design) to learn more about the e Amby project. Here’s the lowdown –

What was the inspiration and drive behind this project?

You must be aware of the Avanti, which is manufactured by us since 2015 and that hasn’t met up with the numbers we projected for various reasons. So we have lot of capacity that is idle. The Ambassador was an icon of India and was an extremely efficient vehicle from a dimension point of view. All the electric vehicles that have been coming now have modern architecture but they are not distinctive enough. And I felt like why our Prime Minister should be using a BMW 7 Series. Across the world, we see Putin, who used a Mercedes-Benz, now using his own state car that is specially done for him, and similarly in China.

Whenever I show our presentations of our work done in the last 25 years, a lot of people like our Ambierod that we did in 2008. I was quite surprised at the connect. The inspiration was an electric that is not as daunting as gasoline cars from a regulatory point of view. Also, our customer profile is the elite and this suits them very well. I tossed around the idea of an electric modern ambassador and they all liked the idea. That’s why we built the prototype to gauge the response. In the last few days, a lot of our images are floating around the social media and the car that has most of the attention is for the Ambassador.

Talk to us about the design of the e Amby

The e Amby is about 125 mm wider and 170 mm longer than the stock Ambassador and is very manageable. The electrics and engineering development are outsourced to a Swiss company. The interiors are not yet completed and will be done once the electrics are done. The interiors had to have cues to the original Ambassador like the Ambirod, but beyond that it had to be really modern. Just like the Mini went through the metamorphosis, or the Fiat 500 or the Camaros and Mustangs, it has to be futuristic so that the customers will feel like it’s not dated and it still has the pedigree and links to the past. And I have to flaunt this car so all the surfaces were mature, sophisticated and glasses were bonded.

So, what kind of volume are you looking at for the car?

Based on the price point, I don’t see it having a market for more than 5,000 cars a year and it should be good enough for us. The Avanti was put on the road with Rs 200 crore investment and with a target of selling 1,200 cars to recover the cost. But things like demonetization and GST flipped us. Interesting thing is the GST on Avanti is 53 per cent and the GST on electric cars is only 5 per cent. So even when the electrics cost is high (battery price at USD 125 per kWh), the taxation is so low that the customer still gets a better deal in a high-end electric car.

We are looking at 5,000 cars per year across the world. Also because it’s going to be a distinctive car along the lines of Bentleys and Rolls-Royces, the fit and finish is going to be very high standard compared to luxury cars. We decided to do an electric car because it has much lower development cost when compared to a gasoline engine car. For example, when we built the Avanti, we have to sign contracts for five years guaranteeing for the engines, 10 per cent deposit etc. There are no such things in an electric car, so the risks are much lower.

And then the sheer thrill of torque even from low rpm. In the EV world, luxury cars have succeeded better than the economy cars. That is why several supercars that were announced in the last few years have been electric because they are the ideal candidates for electrification and the sheer 0 to 100 km/h acceleration you can do with them. Battery prices are coming down drastically, and I hope by the time our car goes into production, it will further come down.

Right now, we have built four cars and all are abroad (Switzerland) for development. By the time the development gets completed, we will ascertain the demand viability, we have mandated one of the big companies for a project report and demand forecast. We have many options to build the car – either we put it in production ourselves, which most likely is the case as we want to use the infrastructure that we have, or it can be sold as a project. Before the current lockdown, I had received a very serious enquiry from a Chinese company who are world leaders in electric cars. They wanted to buy this program for production in India for their own brand, and it is now on hold because of the lockdown. Nothing is set in stone but looking at the response that the car has garnered in the last 10 days, I’m quite emboldened to put it into production ourselves. So, the answer to the question of launch will be by the end of 2021.

“Each country has a minimum number of vehicles which are allowed to be sold without the usual certification procedure. So wherever there is a sizeable Indian diaspora, like England, Dubai or Singapore or USA, why wouldn’t an Indian want to flaunt his own car which has an identity.”

Can you take us a through the specifications of the vehicle?

I can’t give much information on that because I’m bound by an NDA. We have signed a contract that there will be four motors on four wheels. But these could be changed to two motors, each on front and rear axle, as the developer has the right to change any specification if need be.

When can we see the car in India? And when will the process of testing and homologation begin?

One car was supposed to come down here in the end of April but with the lockdown, I think it would be June when we can receive the car when the logistics can ship out the car. Validation will come later. We have to freeze on the drawings to give out to vendors for tooling, which has not been cleared yet. By the time we go for validation, it will be early next year. You will see them disguised on the roads.

This car will have a 0 to 60 km/h sprint time of 4 seconds, very comfortable seating, at around half the price of a Mercedes-Benz E-Class.

One of India’s earliest and most famous automobile design houses, DC Design, has come back as DC2 and stirred the internet with the e Amby project, showing off a retro-themed electric car modeled on the Hindustan Ambassador (Morris Oxford).

DC2 has published only a few pictures of the iconic Ambassador model imagined digitally as a retro-modern electric vehicle parked at a forecourt of a corporate building. The digital renderings present a bold design that will be powered by an electric powertrain.

The e Amby concept gets a big grille design with angled LED headlamps, chrome surrounds on the front windshield and the windows, bold LED tail lights, multi-spoke chrome wheels and boxy wheel arches. The concept has only two doors but the production version may spawn a four-door layout for better functionality. We can also expect the powertrain to offer a range of around 250 km in a single charge, making for a perfect spacious urban mobility solution. The compact proportions will also help in parking and cutting through traffic.

And when it makes it to production, expect a pretty heavy price tag for the e Amby, considering that it’s an electric vehicle and will be hand-made targeting celebrities and the elite that wish to make an entrance on a Saturday night. This is certainly not the first Ambassador project car for DC, and it present the Ambierod concept at the 2008 Auto Expo which proved to be a show-stopper. In 2012, DC Design worked on sprucing up the interior of the Amby which has served India’s bureaucrats loyally for decades.

Check out this electric Ambassador project car from March 2020

Speaking of Ambassadors, this month we had an electric powered Hindustan Ambassador, based on the original, developed by a team in Kerala. They, however, haven’t made changes to the body panels but have put in an electric powertrain that will return a range of 100 km in a single charge with a top speed of 120 km/h. This model, powered by Lead Acid batteries, is not up for sale as the company who built it developed it as a pilot project to test the electrification of cars and are planning to focus on electrifying commercial vehicles. 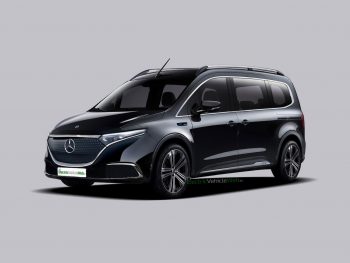