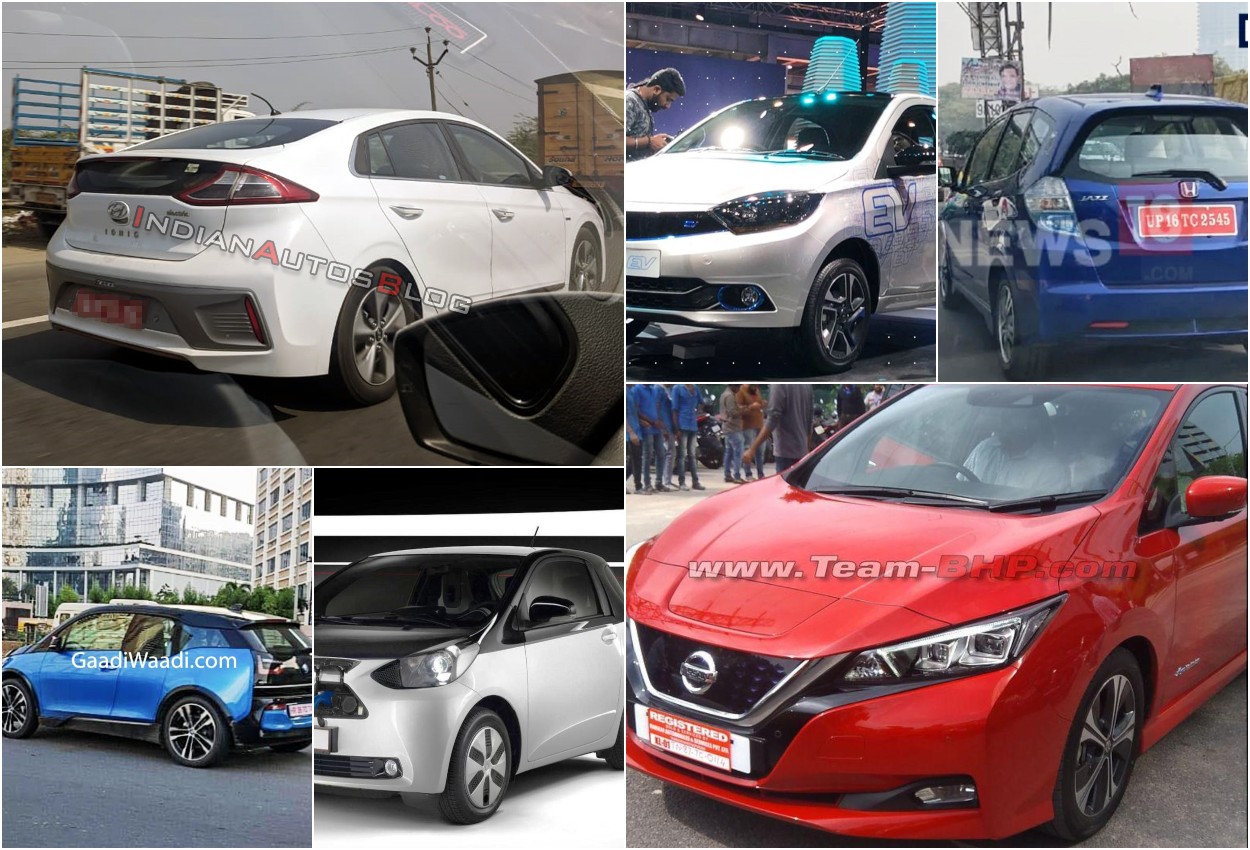 Electric vehicles are finally making their way to India in 2020. The Auto Expo witnessed the launch of more electric vehicles than any previous edition with visitors treated to 35 electric vehicles. Mainstream brands Maruti, Toyota, Hyundai, Renault and Ford are developing EVs to launch in 12-24 months. We have seen many electric cars being tested in India that were expected to launch but didn’t. Here are some from the list.

Though not extensively, Toyota was seen testing the eQ in India and held presentations for the media to show its readiness with electric technology. Based on Toyota’s supermini iQ model, the eQ had a tiny 12 kWh lithium-ion battery powering a 47 kW electric motor producing 163 Nm of torque. It offered a range of 100 km in a single charge and can hit a top speed of 125 km/h. The eQ is an 8-year old product is a technology demonstrator at best.

Toyota’s first electric car for India would be a rebadged version of the Maruti Wagon R-based electric car that will launch next year.

At the beginning of 2019, Honda was seen testing the previous generation Honda Jazz EV (Honda Fit EV globally) without any camouflage. The rear of the Jazz EV had a different design with smaller wraparound tail lights replacing the vertical units of the new-gen Jazz along with a large spoiler and a different bumper for further distinction. The Fit Electric launched in the USA market in 2012 features a 20-kilowatt-hour (kWh) Lithium-Ion battery and a compact 123 horsepower AC synchronous electric motor that generates 256 Nm of torque. The EPA combined city/highway estimated driving range is just 132 km.

The specifications of the Jazz/Fit EV is not competitive and Honda would need to develop a low-cost model either on its own, or partner with a player like Mahindra Electric which is looking to sell technology to manufacturers who want a head start in the EV market.

Maruti showcased the Eeco Charge at the Auto Expo 2010. It is a fully electric vehicle powered by a 24 kWh lithium-ion battery and a 50 kW motor, offers a driving range of around 100 km and goes up to 100 km/h. The battery was placed beneath the floor, opening up space inside the car and the Eeco Charge also has the ‘Sport Mode’ to make the drive more interesting. The car was developed for use in the 2010 Commonwealth Games but didn’t see a commercial launch.

In January 2019, Hyundai was testing the Ioniq Electric in India after showcasing the car at the 2018 Auto Expo. The Ioniq recently received a battery upgrade and is now powered by a 38.3 kWh pack, with the range increased to 311 km (WLTP) in a single charge. With a 100 kW fast charger, the Ioniq can be charged to 80 per cent capacity in just 54 minutes and comes with a 7.2 kW onboard charger. While the Ioniq was expected to be the first electric car to be launched by the company in India, Hyundai sprung a surprise and launched the Kona Electric which has received an encouraging response.

Nissan Leaf was one of the first electric cars to be mass-manufactured and popularized the electric car globally. While having presented both generations of the EV in India at trade shows and media engagements, no plans have been announced by Nissan India for launch. EVW learned earlier this year the brand’s best selling electric car would be launched later this year as a CKD in the Indian market. Nissan Leaf is available in two battery packs – 40 kWh and 62 kWh. The former has a range of 270 km and is driven by a 110 kW motor while the Leaf ePlus returns a range of 384 km and gets a 160 kW motor.

When BMW launched the i8 hybrid sports car, many expected the German automaker to bring the i3 fully electric car and BMW proceeded in that direction showcasing it at the Auto Expo 2018 and testing the hatchback on Indian roads. However, the launch never came as BMW is waiting for the country’s charging infrastructure to improve. In 2018, BMW introduced the facelift of the i3 and was available in two variants – i3 and i3s. Both variants are powered by the same 33 kWh battery but while the i3 gets a 125 kW motor, the i3s is driven by a 135 kW motor. The i3 and i3s offer a range of up to 300 km and 280 km in a single charge respectively on the NEDC cycle.

Ola Cabs was set to induct around 400 units of the Tata Nano-based Jayem Neo EV to its fleet but never got around to it. A prototype of the Neo EV was developed by Jayem Automotives with Tata Nano’s body and Electra EV’s powertrain with a 48-volt system putting out 17 kW. Sources claimed that the Neo EV had a range of up to 200 km in a single charge. Plans were also on to launch a more powerful version for private customers. However with the discontinuation of the Nano and the government’s new safety regulations (that called for airbag, ABS and a cell that could pass a crash test) could have led to the scrapping of the project.