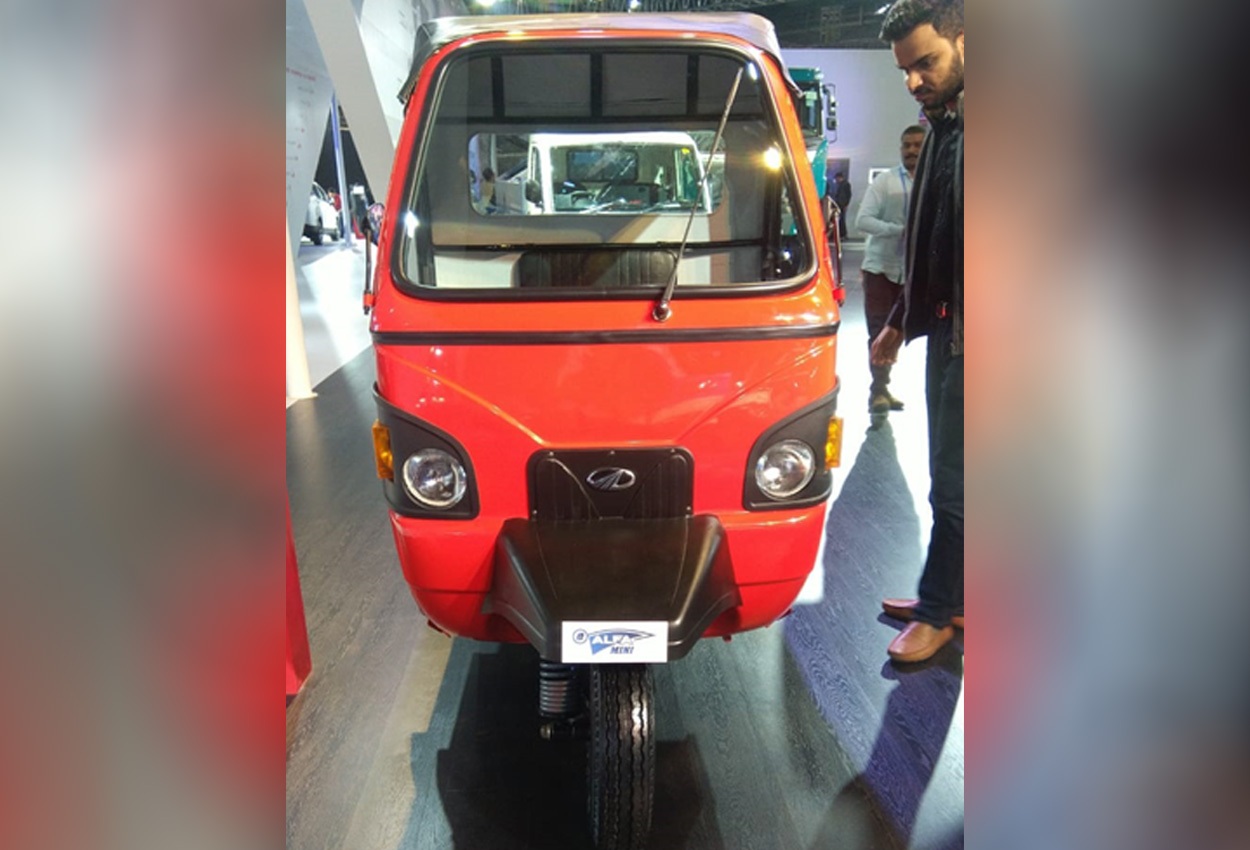 M&M showcased the Mahindra e-Alfa Mini Load electric cargo trike at the Auto Expo 2020. Though no specs were revealed by Mahindra, a beefed-up powertrain of the e-ALFA Mini passenger carrier (electric rickshaw) that has been in service since September 2017 with over 18,000 units sold, was expected to be powering this model.

The Mahindra e-Alfa Mini Load would be suited for last-mile connectivity as well as intra-city goods movement. Mahindra can pitch it as the ideal option for fleet operators and existing 3-wheeler owners who wish to reduce running cost. The e-Alfa Mini Load has a decently executed design, robust-looking metal body and an ample loading bay.

At a media roundtable today following the conclusion of the Mahindra Treo Zor‘s launch, we asked the Mahindra management for an update on the Mahindra e-Alfa load carrier, and here’s what we heard:

The e-Alfa load carrier development is going on right now. The version will be ready by this financial year was the discussion last time we had. Looking at what’s happening in the market we will come up with the right time to launch the e-Alfa load.

I should also point out that the market is actually shifting towards Lithium Ion. e-Alfa as you know is a Lead Acid battery product that was done as an earlier product launch before Treo had come in. So the market is shifting towards lithium ion because of the longetivity of the battery, and therefore we are watching that. We are developing it, but watching to see whether there is a need for both Treo Zor as well as the Alfa Load. We will be ready and launch if there is a market for both of them.

The e-Alfa Mini goods carrier sports a contemporary exterior with a double-headlamp setup for good visibility. Some of the notable features include a short canopy, black dashboard and mudguard, and black and red dual-tone interior. It also features a digital instrument cluster that has a speedometer, trip meter, displays charge status, battery level, etc. The e-Alfa electric rickshaw was tested over 1 lakh km in real road conditions and comes with proven chassis and suspension.

Mahindra has confirmed that the electric load carrier will be getting high torque motor, lead acid tubular battery and swappable battery as an option. For comparison, the e-Alfa Mini passenger vehicle is powered by a 120 Ah battery pack and a 1 kW motor that has a top speed of 25 km/h and offers a range of 85 km/charge.

If it goes into production, the e-Alfa Mini load carrier will get a strengthened version of the same electric motor with additional power & torque to suit the load-carrying capabilities and gradeability. We can expect a payload capacity of around 400 kg, slotting the vehicle below the Mahindra Treo Zor.