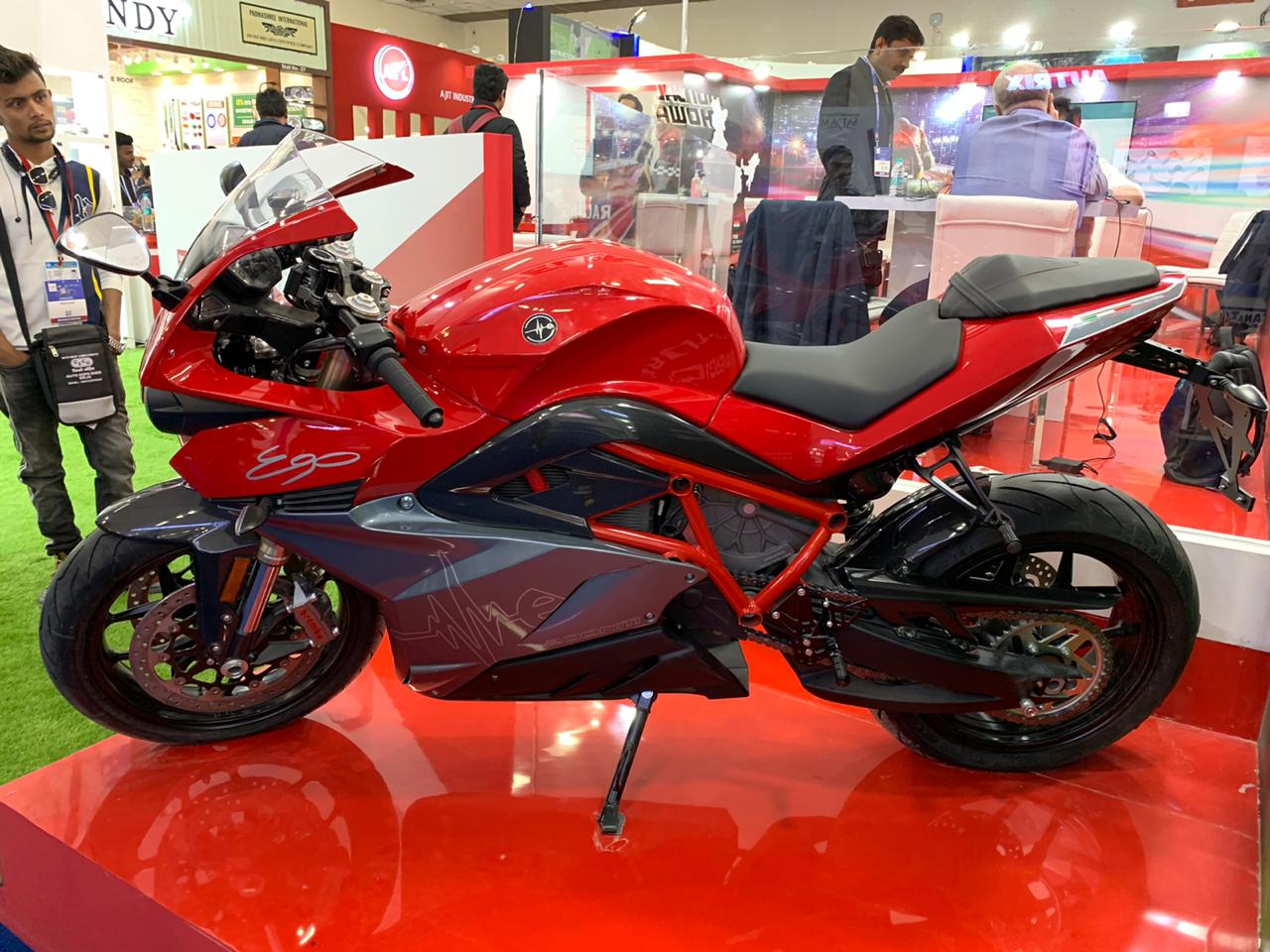 It was reported late last year (in the pre-COVID time) that Italian performance bike maker Energica is looking to enter emerging markets India and China as the next step of its business expansion. The company has signed distribution agreements in Indonesia, Hong Kong and Japan already as part of the Asian drive and said in a presentation last month that its sales network globally keeps growing. USA, Europe and Middle East are big markets for the electric bike company.

At the Auto Components Expo in February 2020, at the stall of ‘E-Power Project,’ a partnership between two Italian companies Energica and Dell’Orto that was established last year to develop and produce electric power units for small and mid capacity motorcycles (8-30 kW output), the Energica Ego was displayed. Note that this is not the brand stall of Energica and the vehicle was presented to stoke curiosity among the visitors and a display of what Energica offers in the global marketplace.

Energica does not have offerings for middle-class buyers, targeting HNIs (High Net Worth Individuals) with its three high-performance models (EsseEsse9, Ribelle and the Ego) that are built with racing pedigree and can closely match the performance of a Moto3 class bike on a track. In fact Energica Motor Company is the supplier of race bikes (the race version of the Ego, called the Ego Corsa) to all teams competing in the FIM MotoE championship and recently signed an extension in the contract to be the single motorcycle supplier until 2022.

The refined streetfighter is powered by a 21.5 kWh lithium polymer battery (13.4 kWh on the standard variant) which drives a 109 hp and 200 Nm (180 Nm in the standard variant) output electric motor to deliver a top speed of 200 kmph. It has a company claimed ‘combined’ range of 230 km (160 km for the standard variant) with 4 Riding Modes: Urban, Eco, Rain, Sport & 4 Regenerative Maps: Low, Medium, High, Off. The top speed is limited to 200 kmph. The motorcycle gets a 4.3-inch TFT display, six levels of intervention (traction control) combined with the eABS and the Bosch ABS as well as cruise control. Through DC fast charging, 80% capacity can be achieved in 40 minutes.

The naked streetfighter which offers a more assertive riding posture is powered by a 21.5 kWh Lithium polymer battery that powers a motor that develops 145 hp and 215 Nm of torque to deliver a top speed of 200 kmph. Its combined range is 230 km and similarly offers 4 Riding Modes: Urban, Eco, Rain, Sport and 4 Regenerative Maps: Low, Medium, High, Off. The features are same as the EsseEsse series. Through DC fast charging, 80% capacity can be achieved in 40 minutes.

The flagship faired offering (Ego+) is powered by a powered by the same 21.5 kWh Lithium polymer battery that powers the oil-cooled motor that develops 145 hp and 215 Nm of torque and 240 kmph top speed. On the standard Ego, the battery is a 13.4 kWh unit that generates 145 hp and a lower 200 Nm. The combined riding range is 230 km and 160 km respectively, with features including the 4 Riding Modes: Eco, Standard, Wet, Sport, 4 Regenerative Maps: Low, Medium, High, Off, DC Fast Charge Mode that offers 80% charge in 40 min, six-level traction control combined with the existing eABS and the Bosch ABS, Brembo, Double Floating Discs at the front and single disc at the rear, and Pirelli Diablo Rosso III tires.

As mentioned, Energica has not confirmed its launch in India.

Energica has a small scale of operations based in Italy and sales targets for the Indian market are going to be in the low double-digits for this type of vehicle. Energica may bring its wares through the CBU route which will immediately double the Italian price of the product. CKD operations could be possible if the company ties up with a player like Motoroyale which assembles low volumes of high performance motorcycles. It remains to be seen whether the company establishes in India through a tie-up or rides solo.

Energica said it had an order backlog increase of 200 per cent in the first 8 months of the year (YoY) globally. By August 31, the company’s order backlog was worth 4.3 million Euros, so it is safe to assume that the pandemic has not reversed growth of the company and it would be looking at expanding sales in 2021.

When is the launch of the Energica Ego & its other bikes in India?

We expect to get an update on the launch of the high performance electric motorcycle in India next year.