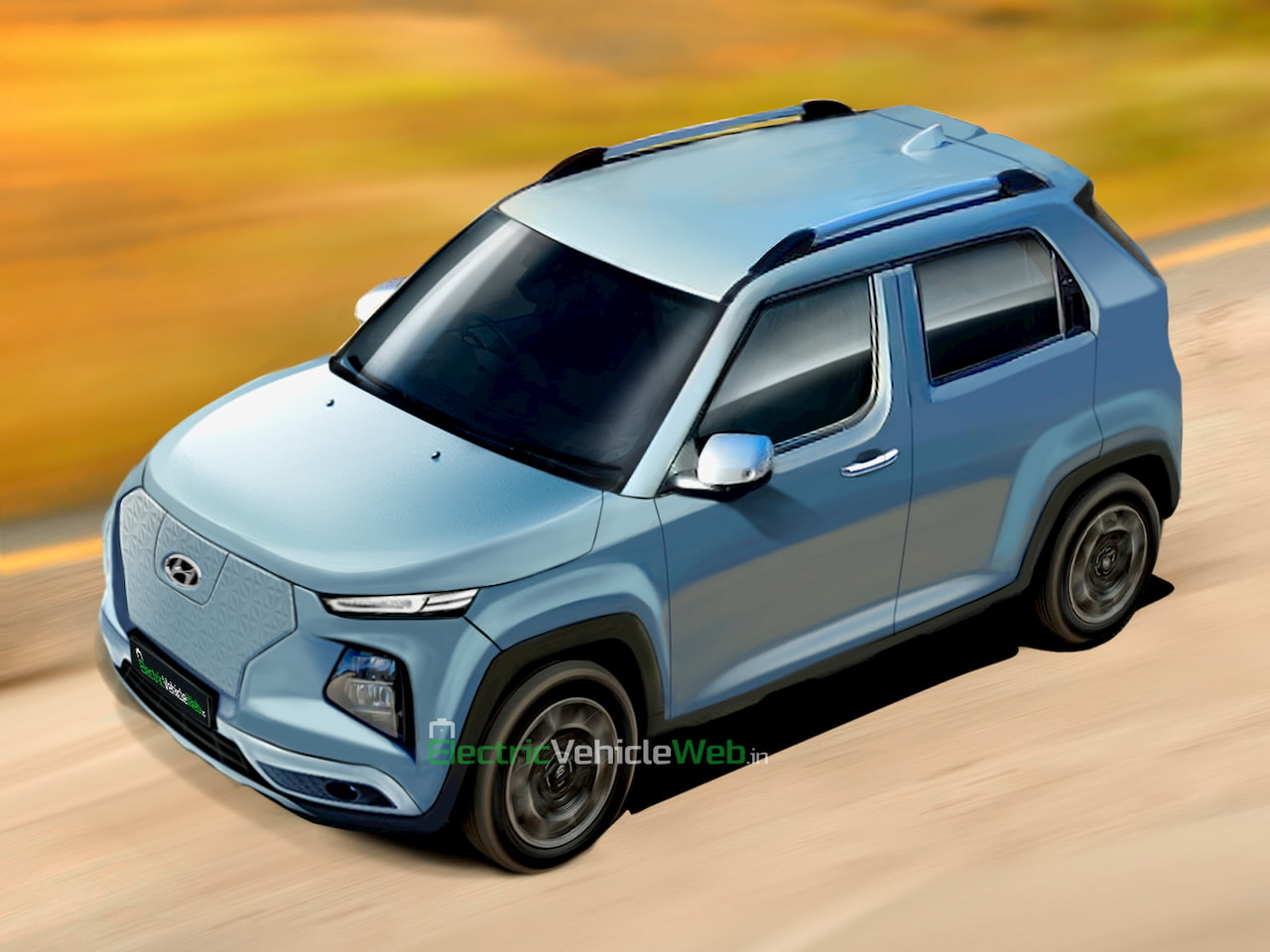 We have known for over two years of Hyundai’s A-segment electric car similar to the Dacia Spring, which costs EUR 16,990 onwards in France. Now, BorgWarner has made an announcement to confirm that the South Korean manufacturer plans to begin the production of the electric city car from the middle of 2023.

BorgWarner says Hyundai Motor Group has selected its integrated drive module (iDM) to use in an upcoming A-segment EV’s power electric system and plans to begin manufacturing in mid-2023. iDM is a modular system comprising an electric motor, a gearbox, and power electronics in a modular unit. Hyundai has picked the ‘iDM146’ unit specifically, which operates at 400 volts and has a peak power of 135 kW or 184 PS, though it may dial it down considerably to match requirements for the A-Segment.

BorgWarner, bound by confidentiality agreements, has not specified the model name or codename, but there is hardly any doubt which model the company is supplying for.

According to a report from The Times of India, Hyundai is investing INR 1,000 crore (EUR 112,502.50) to develop a low-cost electric car. In addition, the company is considering partnering with Kia to make its low-end electric cars affordable and competitive. Insiders have told the newspaper that the A-segment Hyundai electric car “should be a mini-SUV in all probability.” Citing S.S. Kim, MD, Hyundai (India), Mint has reported that the low-cost EV project is the company’s “no.1 priority.”

The first spy pictures of Hyundai’s A-SUV (codename: Hyundai AX1) emerged from South Korea courtesy of Sihngeun of Naver.com. & AutoSpy.net last year. The micro SUV is likely the base of the affordable Hyundai electric car, as Hyundai traces the approach of Renault & Citroen of repurposing an ICE platform to derive an EV for making a feasible business plan for electric variants. We’re also reading on the European media that Hyundai is likely to create a low-spec E-GMP for electric editions of Picanto and i10, but that is further into the decade.

The photographs provide a fair idea of the design and styling of the micro SUV. Notice the triangular mesh grille (that would be ‘shut’ on the EV) and the two-tier headlamps, similar to small SUVs Venue and Kona. The size is similar to the Hyundai Atos, but it sits a little higher. The alloy wheel design is new, and the spokes are shaped like an asterisk, making the wheels look larger.

The smallest Hyundai ‘SUV’ is designed with an airy greenhouse (notice the curved front window frame on the trailing edge), the hidden rear door handles, flat side structures, tight overhangs, and what looks like a steeply sloping rear windshield.

An interesting addition to the rear of the car are circular secondary lamps in the bumper where reflector strips would be placed. Adjustable headrests, rear parking sensors and pole antenna are the features that can also be observed.

Inspired by these spy shots, ElectricVehicleWeb decided to give the final production car a go on a digital photo editor. The rendering (set as the story’s featured image) incorporates all design elements that are visible, while the front is modified to have a closed grille and charging port. We’d like to thank Sihngeun for making this render possible.

In 2019, Hyundai confirmed that it is developing an electric car for emerging markets in the ‘affordable’ category under the ‘Smart EV’ project. Gleaning from subsequent interactions, the new EV would cost under INR 10 lakh (approximately EUR 11,000), and the company was planning to present a concept.

Unlikely to use the ‘Ioniq’ brand

In August last year, Hyundai introduced a new dedicated global sub-brand for EVs that is unlikely to be related to the Hyundai electric car for emerging markets. The ‘Ioniq’ range will include three new EVs initially – Ioniq 5 (Hyundai 45), Ioniq 6 (Hyundai Prophecy), and Ioniq 7 (large SUV) to emerge this year, next year, and in 2024 respectively.

The Ioniq nomenclature is odd numbers designated to crossovers and even numbers going to sedans. The announcement has not a hint of a 4th model and nothing on a budget Hyundai electric car. In October 2020, it emerged on the regional media that the fourth Ioniq model could be an Ioniq 3 produced in Singapore from around 2025. However, that mini car is not related to the high volume Hyundai EV for emerging markets.

Unlike the ‘Ioniq’ brand cars, the new electric SUV may have none of the advanced 500 km driving range, bi-directional charging, and sub-20 minute high-speed charging time of the e-GMP architecture. Instead, it would adopt a low-cost platform developed for budget EVs or a repurposed one that supports both electric and ICE powertrains. Before the pandemic hit, Hyundai was in talks with several suppliers and partners for the new ecosystem.

As per a PTI report on 5 November 2020 (via Economictimes.indiatimes.com), Hyundai’s Seon Seob Kim has confirmed that it has entered negotiations with a potential partner and is studying multiple options for battery manufacturing for upcoming Hyundai electric vehicles. Kim said that a conclusion is likely to be arrived at in the following quarters.

The EV-ready Hyundai micro-SUV is intended for production also in South Korea, the local media reported. Gwangju Global Motors will manufacture the AX1 where it could become the smallest SUV on sale, from September, Korea Joongang Daily reported in April. Earlier this year, it emerged on Korean news portals that 70,000 units of the AX1 would be made at the plant annually and that trial production has also commenced. We’re referring here to the combustion model, which is expected with a 1L engine.

The Hyundai AX1-based electric e-SUV should ideally have a real-world driving range of 200-250 km. We’ll keep an eye on further developments in this page.

When will the A-segment Hyundai electric car launch?

Hyundai will launch its A-segment electric car in mid-2023 with a 400V architecture.

Which are the A-segment Hyundai electric car rivals?

The A-segment Hyundai electric car rivals may include the Citroen eCC21 and the Dacia Spring.