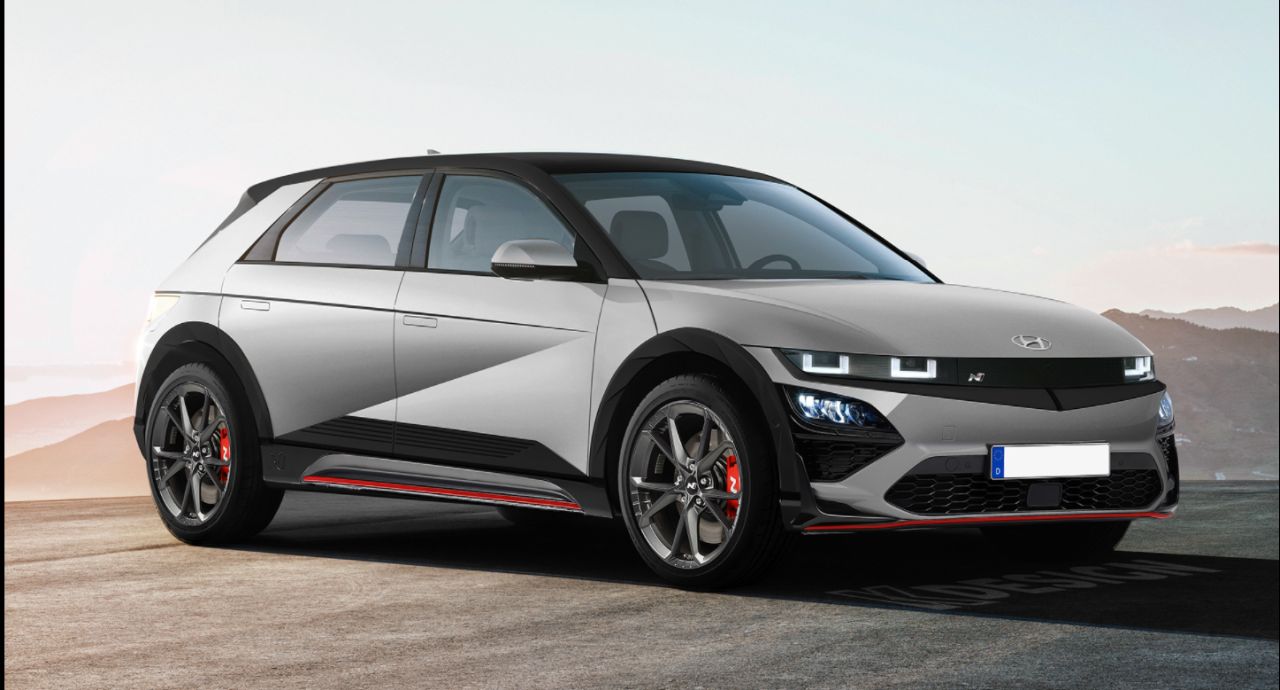 The good folks at InsideEVs managed to click pictures of one such Ioniq 5 N, complete with exterior modifications that fall in line with the sporty nature of the performance variant. More specifically, larger discs and Pirelli P Zeros were featured on the prototype, suggesting, at the very least, better braking performance and better grip from the Ioniq. As the report points out, this is still a prototype, and Hyundai is using the standard Ioniq 5’s body to run tests. However, we can expect extensive changes on the final model to make the Ioniq 5 look sportier, similar to the renditions of Kleber Silva (KDesign AG) featured in this story.

The Ioniq 5’s N variant may not look as different from the standard variant as petrol-powered Hyundai N models. Being an EV, it won’t need huge grilles, although Hyundai could at least offer a differently designed lower grille. The faux upper grille could flaunt the N logo, and a lip spoiler could highlight the car’s low-slung stance.

On the sides, the Ioniq 5 N could swap the Ioniq 5’s fancy 20-inch wheels with sporty 21-inch wheels. Red brake callipers, black mirrors, and side skirts may also spice up the profile. At the rear, expect a diffuser and a larger wing for enhanced aerodynamics and sportier styling.

The Hyundai Ioniq 5 N’s interior would have several N-specific details that convey the family look. Expect N branding on the steering wheel, seats, door scuff panels, and metal pedals. The instrument cluster and infotainment system may have a special N welcome screen and theme. The exclusive features may include sports seats with reinforced bolsters, too. Plus, Hyundai could offer an option to upgrade to N light bucket seats.

The top-end Hyundai Ioniq 5 has two electric motors producing 305 PS of combined power and 605 Nm of total torque. It finishes a 0-100 km/h sprint in just 5.2 seconds, but its top speed is the same as that of the base configuration – 185 km/h.

The Hyundai Ioniq 5 N could have outputs similar to the Kia EV6 GT that will be delivered to customers this year. The Kia EV6 GT sports two motors that generate a combined power of 430 kW and a combined torque of 740 Nm. Kia expects the EV6 GT to accelerate 0-100 km/h in just 3.5 seconds and attain a top speed of 260 km/h. According to the InsideEVs report, however, there may be marginal differences in these numbers. The N variant of the Ioniq 5 may get an electronically controlled suspension for better ride and handling performance and an electronic limited slip differential that allows faster corner exits and reduces understeer.

I think after some N-specific treatments, it would be tonnes of fun to drive around the Nordschleife (Nurburgring) with an N vehicle based on e-GMP. I can see many, many corners where our combustion cars might have some trouble to follow our e-GMP car.

The Hyundai Ioniq 5 N could debut this summer and arrive in showrooms at the end of the year. Supply chain disruptions, if continued, may push back these timelines, though.