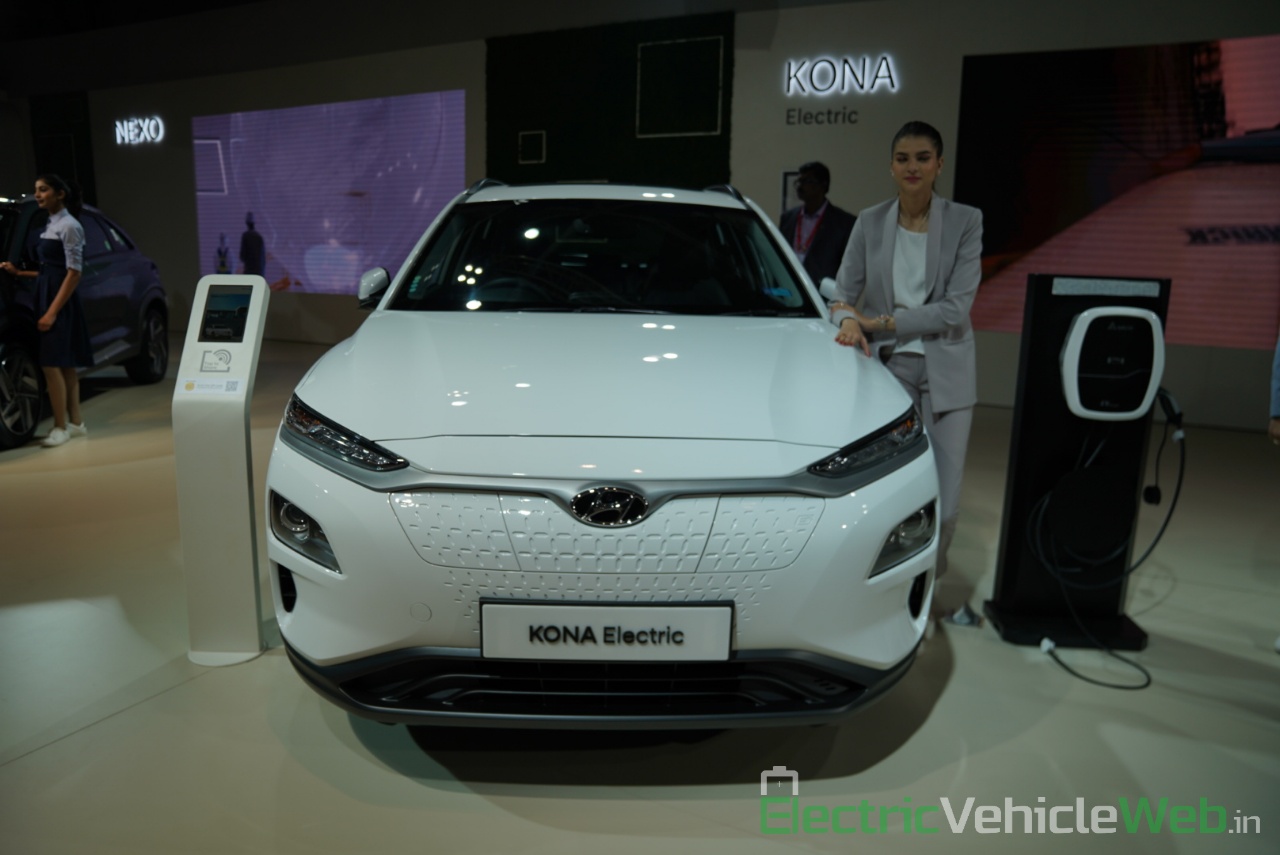 ChosunBiz says that some of the Hyundai Kona Electric cars recalled over the potential fire risk are getting jammed. In some cases, the issue arises immediately after the fire risk recall’s fix, and in some cases, about a week after. The vehicle suddenly stops working, and happens right after charging or when restarting after parking. The report adds that Korean customers are feeling nervous thinking when their unit might suddenly stop working, as it could be really dangerous if it happens right in the middle of a drive, in traffic.

In some cases, Hyundai Kona Electric units fixed as part of the fire risk recall are not starting and showing ‘check the electric vehicle system’ message on the screen. In other cases, customers are able to start their vehicles but unable to change the gears or operate the steering wheel. In a few cases, customers are unable to turn off the vehicle. The only immediate solution customers see in such cases is getting the vehicle towed to an authorised service station for a fix. These issues could be fixed via a software upgrade, but there’s no word from Hyundai about them yet, says the report.

Customers are also saying that the charging has significantly slowed down. Frustrated by the fiasco, some customers have gathered to take a collective action against Hyundai. About 100 owners are preparing to file a lawsuit for damages against the company and are demanding a free battery pack replacement as well.

We reported on 9 October that the Hyundai Kona Electric is getting a recall in South Korea after the country’s Ministry of Land, Infrastructure and Transport issued a notification. ElectricVehicleWeb.in accessed the recall notice and understood that the EV had a manufacturing defect that could cause fires.

The South Korean ministry, led by Kim Hyun-mi, says that the Hyundai Kona Electric could face a short-circuit due to defective cell manufacturing. The separator between the positive and negative plates of the battery cell gets damaged due to the “poor quality in the manufacturing process.”

Korea Automobile Testing & Research Institute (KATRI) has investigated and verified the Hyundai Kona Electric issue. It suggested Hyundai to issue a recall, and the company has done so.

The Ministry of Land, Infrastructure and Transport says that if there’s any sign of abnormality in the Battery Management System (BMS) after updating it during the recall, such as excessive cell-to-cell voltage deviation or rapid temperature fluctuation after updating, the battery has to be replaced immediately.

25,564 units of the Hyundai Kona EV, manufactured between 29 September 2017 to 13 March 2020, were facing the recall in South Korea and Hyundai was notifying their owners by mail or mobile text message. Customers who had repaired their Hyundai Kona Electric with this fault at their own expense before (one year before the announcement or the day when the defect investigation began, whichever is earlier) the recall announcement were able to ask the company for compensation. It was reported that Hyundai service stations in South Korea on 16 October began upgrading the battery related software and replacing the battery system.

South Korean media outlet Yonhap News had reported last month that Hyundai has planned to recall 77,000 Hyundai Kona Electric cars worldwide for the faulty battery cell component that is blamed for the 14 cases of fires – 10 in South Korea and 4 overseas. Hyundai has not yet confirmed a global recall for the Kona.

One analyst at Samsung Securities Co. had said the company has allocated 370 billion won (US$324 million) in provisions for the planned recall in the third quarter. The fires could hurt the Hyundai Motor Group’s plan to introduce 23 pure electric cars by the year 2025 and its goal to sell 1 million electric cars annually, Yonhap reports.

The Hyundai Kona Electric recall could extend to India only if units produced between the stated period were imported and delivered to customers in India. The Kona is a CKD assembly at the Hyundai India plant with parts arriving from the production base in South Korea. The 100 Hyundai Kona Electric units going to EESL could also be under scrutiny. The company has not yet said anything about a recall.

The Hyundai Kona Electric is also available in South Korea in a long-range, high-performance variant that packs a 64 kWh battery pack and a 150 kW/395 Nm motor.