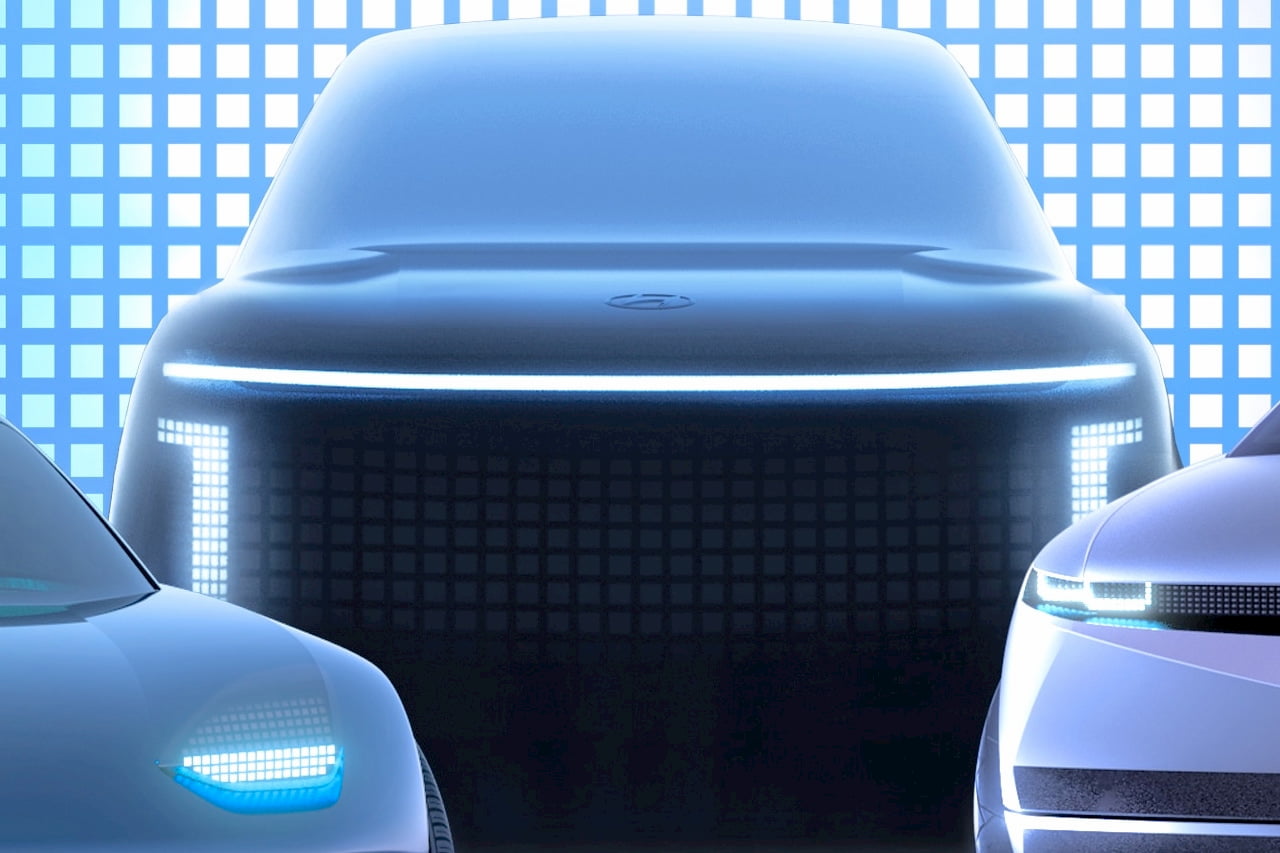 The Ioniq 5 and Ioniq 6 will be followed by a new flagship Hyundai electric vehicle called the Ioniq 7. During the launch of the Ioniq 5 in the U.S. market, the company said that the Hyundai Ioniq 7 SUV will be launched in 2024, following the Ioniq 6 sedan in 2022.

Announcing the Ioniq brand for the future Hyundai electric vehicles and its initial line-up in August 2020, Hyundai had revealed that the Ioniq 7 would be a large SUV. Like the other Ioniqs, it will use the new platform developed exclusively for next-gen Hyundai Motor Group electric vehicles – E-GMP (Electric-Global Modular Platform). It underpins future Kia EVs (including the Kia EV6) and the first dedicated Genesis EV, the Genesis GV60 launched in S. Korea in October 2021.

The front of the Ioniq 7 concept features a full-width light bar that runs atop the Parametric Pixel LEDs. The high front-end will differ from the 5 & 6 models, which sit lower to the ground. This will also allow for a significant amount of storage space in the front (‘frunk’) as a combustion engine doesn’t have to be accommodated.

On the one hand, the designers have tried to make it a proper SUV with elements like an upright face, a clamshell bonnet, and a straight beltline. On the other hand, they have given it steeply raked A-pillars, a sloping roofline, and a low height, which are the traits of a modern crossover. It’s an interesting blend of old and new styles, but overall, the Hyundai Seven concept looks quite boxy, edging more on the traditional SUV side.

The Ioniq 7 will debut as the Hyundai Seven concept this month, and we have gotten a glimpse of it a few times. Each of the Hyundai Ioniq EVs has a completely different design. Readers can see the Hyundai Seven concept featuring a boxy body that gives it an upright stance and overall a very assertive character. There’s also a clamshell bonnet, full-width LED DRL stripe, and likely tall pixelated headlamps with an L-shape signature on the outer ends. The production version would be a three-row electric SUV (confirmed), likely with 6- and 7-seat seating options offering best-in-class knee room and headroom.

Hyundai Motor Group hinted at the Ioniq 7 even during the online presentation of its E-GMP architecture back in December 2020. In this presentation came an outline of the Hyundai Ioniq 7 as a suspended art in the form of a silhouette, explaining the platform layout and its possible configurations across segments.

At the 2021 Munich Motor Show (IAA 2021), Hyundai revealed a new teaser of the Hyundai Seven concept. Here we got a look at the SUV’s side profile and it sits noticeably low for a large SUV.

Along with a press announcement revealing the name and unveiling date of the Hyundai Seven concept on 3 November 2021, Hyundai released several more teasers, this time giving a peek at the interior as well. One of the images gave a close look at the front lights, while the others teased the interior features.

The Hyundai Seven concept will offer a premium and peronalised lounge ambience in an interior designed with an ultra-modernist theme. The designers have trimmed furnishings in sustainable materials, as an increasing number of the brand’s customers become more eco-conscious.

A speculative rendering from YouTube channel 하이테크로 [HITEKRO] incorporates the design details we have seen in the teasers so far and shows how the production Hyundai Ioniq 7 could look like on the road. The rendered model has a brute appearance that we don’t typically see on electric SUVs. The boxy body, trapezoidal wheel arches, straight lines, clamshell hood, and upright nose give it a proper SUV character. The thick full-width LED DRL, comprising two lines of small pixel-like clusters, help the SUV make a bold statement, while the vertical headlamps emphasize its tough looks and large dimensions. The black mask could cleverly hide the autonomous driving system’s various cameras and sensors.

As revealed by Hyundai during the launch of the Ioniq 5 (reported by Carscoops), the company plans to use a 100 kWh battery pack that can deliver a range of 300 miles (483 km) in the Ioniq 7 (EPA-estimated). Drivetrain layout choices will include two-wheel drive and all-wheel drive, and the AWD configurations will have two motors producing a net power of 230 kW (313 PS/308 bhp). A ground clearance of more than 8 inches is expected for the Ioniq 7.

Hyundai won’t be ready with a solid-state battery for mass production before 2027. However, the company does plan to improve the energy density of its current Lithium-ion battery cells from early 600 Wh/L to mid-700 Wh/L in 2025. The Ioniq 7 would be among the first models to benefit from the new version of Lithium-ion batteries, sourced from SK Innovation – Hyundai’s partner for EV battery packs over ten years now.

On the charging front, the Ioniq 7, like the 5, will be capable of at least 350 kW (800V) fast charge thanks to the onboard system, which supports 400V and 800V without the need for additional adapters. In this setup, 80% charging time is just 18 minutes, an experience similar to refuelling.

Coming back to the production Ioniq 7, hopes are high that Hyundai will pack the electric SUV with segment-first features, some of the expected ones of which are as follows:

Hyundai’s autonomous driving technical roadmap confirms that Level 3 hands-free autonomous driving will come next year with the ‘Highway Driving Pilot.’ In Level 3, “the car is able to manage safety functions under certain conditions, but the driver is expected to take over when alerted.” The Ioniq 7 should become a beneficiary of this feature.

Thanks to a possible ground clearance of more than 8 inches, the Hyundai Ioniq 7 will have enough room below its floor for wireless charging through a transmission unit. Hyundai has already confirmed that wireless charging for models underpinned by the E-GMP platform is under development. A pilot program launched next year with the Genesis GV60 in South Korea would decide the progression of this technology.

Use of high-tech and recycled materials

The premium positioning of the Ioniq 7 might allow Hyundai to use high-tech materials for paints and trims, which will come with added functionality over aesthetics. According to a conversation between Luc Donckerwolke, Chief Creative Officer, Hyundai and Autocar, the company is working on this technology, which might be functional by mid-decade. Also, various bits inside the car, including seats, armrest, floor, and door, can be made with eco-friendly recycled plastics, plant-based (bio PET) yarns and natural wool yarns, bio paint with plant extracts, and artificial leather with plant-based extracts.

The Hyundai Ioniq 7 is one of the upcoming cars from HMG to launch from 2022 to come equipped with a new ‘NVIDIA DRIVE’ connected car platform in their infotainment systems. With the help of a hardware and software stack, the NVIDIA DRIVE can merge audio, navigation, and connected car services for a more optimized and advanced user experience in sync with Hyundai’s in-house connected car operation system (ccOS) through a digital cockpit.

Apart from the current functionalities of unlocking and starting the vehicle through a smartphone application, Hyundai’s digital key for Ioniq 7 might come with advanced features such as automatically unlocking the car sensing the proximity of the user after a specific time period.

This feature has already made its debut in the Ioniq 5 and will make its way into the Ioniq 7. By this feature, one can use the electrical energy stored in the battery pack of the vehicle to run appliances and even the battery of other vehicles.

For the panoramic sunroof to be called ‘vision roof,’ Hyundai might be using a single large glass panel without any cross member for an enhanced and broad view of the sky above.

The Ioniq 7 will come with cameras mounted in place of conventional outer rearview mirrors. The rearward display of the car caught by the cameras in action will then be displayed in the screens mounted inside the car, either on the front door panels or the corners of the dashboard.

For biometric authentication, the Ioniq 7 might come with a fingerprint reader, which is currently on offer in the group’s offerings like the Hyundai Santa Fe, the Genesis GV70, and the Genesis GV60.

To encourage customer trials for the most expensive Hyundai in the U.S., a subscription program for short ownership periods, possibly between one and three months, could be offered.

During the Hyundai Ioniq 5 U.S. debut, Jose Munoz, President & CEO, Hyundai (North America), briefly discussed subscription, which should apply to the Hyundai Ioniq 7. The subscription service will likely allow users to temporarily own their desired E-GMP Ioniq EVs for a single all-inclusive monthly payment covering the vehicle, insurance, and maintenance.

The Ioniq 5 will be available only at select Hyundai dealerships initially, but by the time Ioniq 7 arrives, the demand for EVs will have changed drastically, and it is expected that every dealership would be eager to sell the cutting-edge Ioniq models.

Hyundai Motor Group plans to reduce the development of internal combustion engine models so that it has the resources to accelerate investment in EVs, as per a Reuters report. With the new strategy, which was approved in March 2021, the company’s ICE vehicle portfolio will be reduced to half, it is reported. The South Korean conglomerate plans to have at least 23 BEV (Battery Electric Vehicle) models in Hyundai, Kia, and Genesis showrooms combined by the middle of the decade and to sell 1 million BEVs worldwide by 2025.

What is the Hyundai Ioniq 7 release date?

The showroom-spec Ioniq 7 should be unveiled in 2023. Hyundai states that an early 2024 launch is planned.

What would be considered the Ioniq 7’s challengers?

Primarily, the Ioniq 7 will rival the upcoming VW ID.6 and the ‘Plus’ variant of the Nissan Ariya.

What will be the price of the Hyundai Ioniq 7? 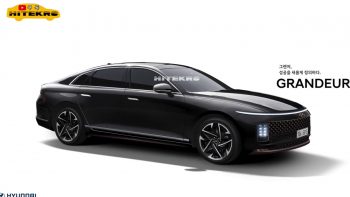 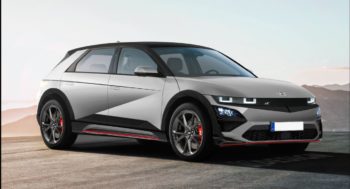