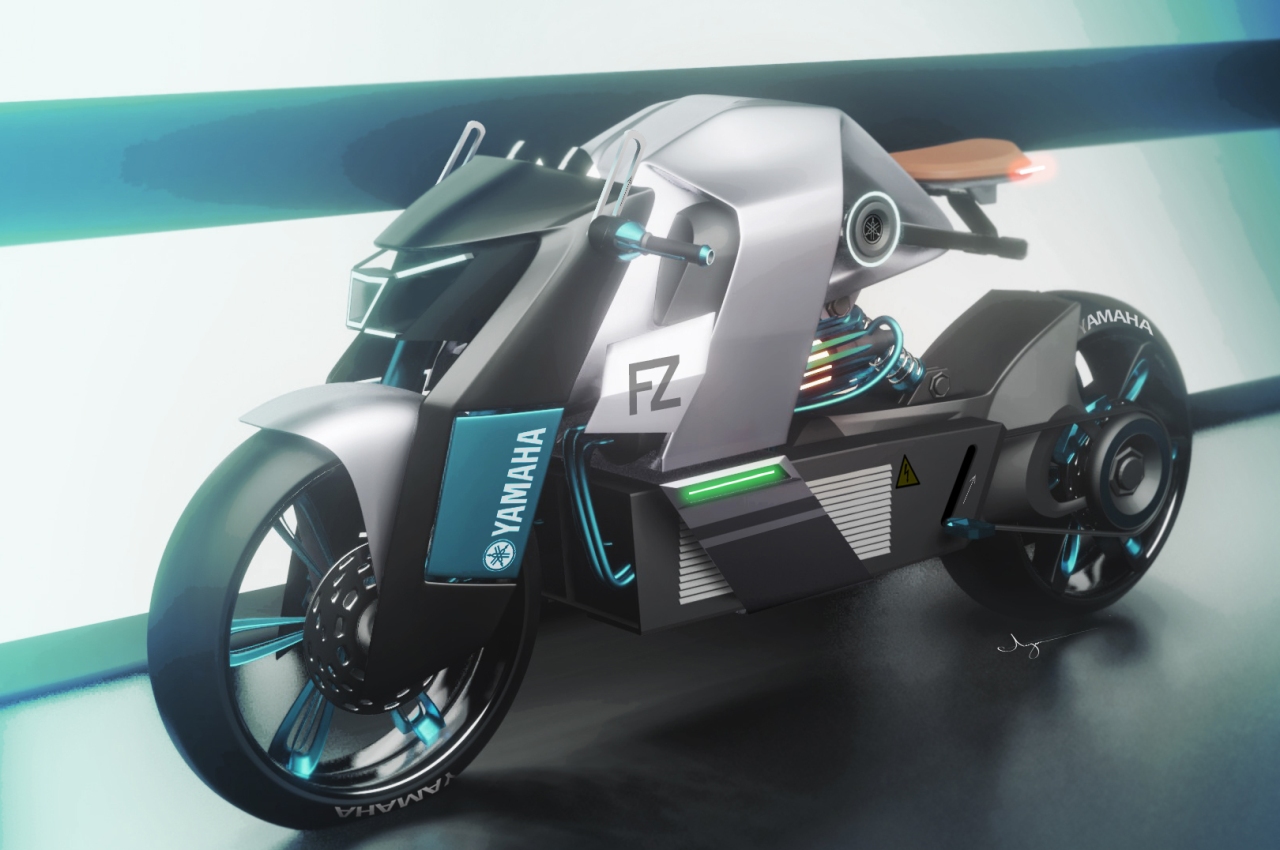 Following the Tata Nano electric, HM Contessa EV, Tata Estate electric, Maruti 800 EV, Polestar supercar and the Ford CityKa electric vehicle projects by automotive designers from around the world, we’re featuring the work of a 25-year old Iranian-Indian who resides in Italy and during the Coronavirus lockdown decided to spend days imagining the Yamaha FZ for the electric era that awaits to hit the automotive industry this decade.

The FZ Electric concept sports a futuristic design with sleek LED headlamps, dual tone alloy wheels and a solid looking body that houses partially covered electric motor and a battery pack. The battery pack and the swingarm are a single unit while the bike gets a belt drive to transfer the power to the wheel. To the front, the bike features an unconventional suspension and at the rear, there’s a dual shock absorber setup but in the middle and not on the sides. The bobber-type single piece seat has been designed to be adjusted according to the requirement of the rider.

Aryan Hosseinalipour spoke to ElectricVehicleWeb from his base in Turin on his idea, and here’s what he said:

I was in India for nine years and studied animation for two years. Later on I moved to DSK which was in Pune for industrial design and then kind of got into the car design industry. So the best place to be is in Italy. I graduated last year from IAAD and my thesis project was with Jaguar and Mini. We collaborated and designed a car with them.

Tryst with the Yamaha FZ when studying in India:

I fell in love with the Yamaha FZ (FZ16) when I rode it from Manipal to Kudremukh. I like the bigger FZ1 and was also planning to design some sort of a bike, try to make something that is for the future. I wanted to capture the main essence of the FZ and came out with this. It wasn’t entirely planned to be electric (thought of hybrid as well) but then I thought I can make it pure electric (due to the falling cost of batteries and the simplicity of the design), to make it naked, some sort of sci-fi looking engine compartment to it. Rest of it, you’ve got the super muscular lines and the beastly looking front with those lights, so these capture the sense of the design of the FZ family.

For the features, it’s a road bike and I thought it can be adjustable in many ways like the seats which have a long arm that can be moved up and down, the footpegs and handle can be adjusted for the city and are made to look powerful to reflect the mountain of torque that awaits the rider.

Since it’s a concept, we can pretty much do what we want. I just thought about it as a powerful electric bike that can be used in the city.

In a first big step, last year Yamaha launched EC-05 electric scooter in the Taiwanese market in partnership with local player Gogoro that comes with a swappable battery and produces 10 hp/26 Nm with a range of 110 km and a top speed of 90 kmph. At the Tokyo Motor Show last year it made it intentions known by displaying three EV concepts that did not look far from production vehicles. These were the TY-E mountain bike, E01 electric scooter and the E02 electric scooter that are designed for commuting inside the city, designed to offer a comfortable and practical experience. 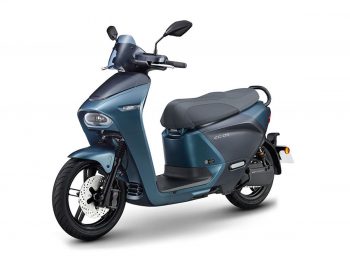