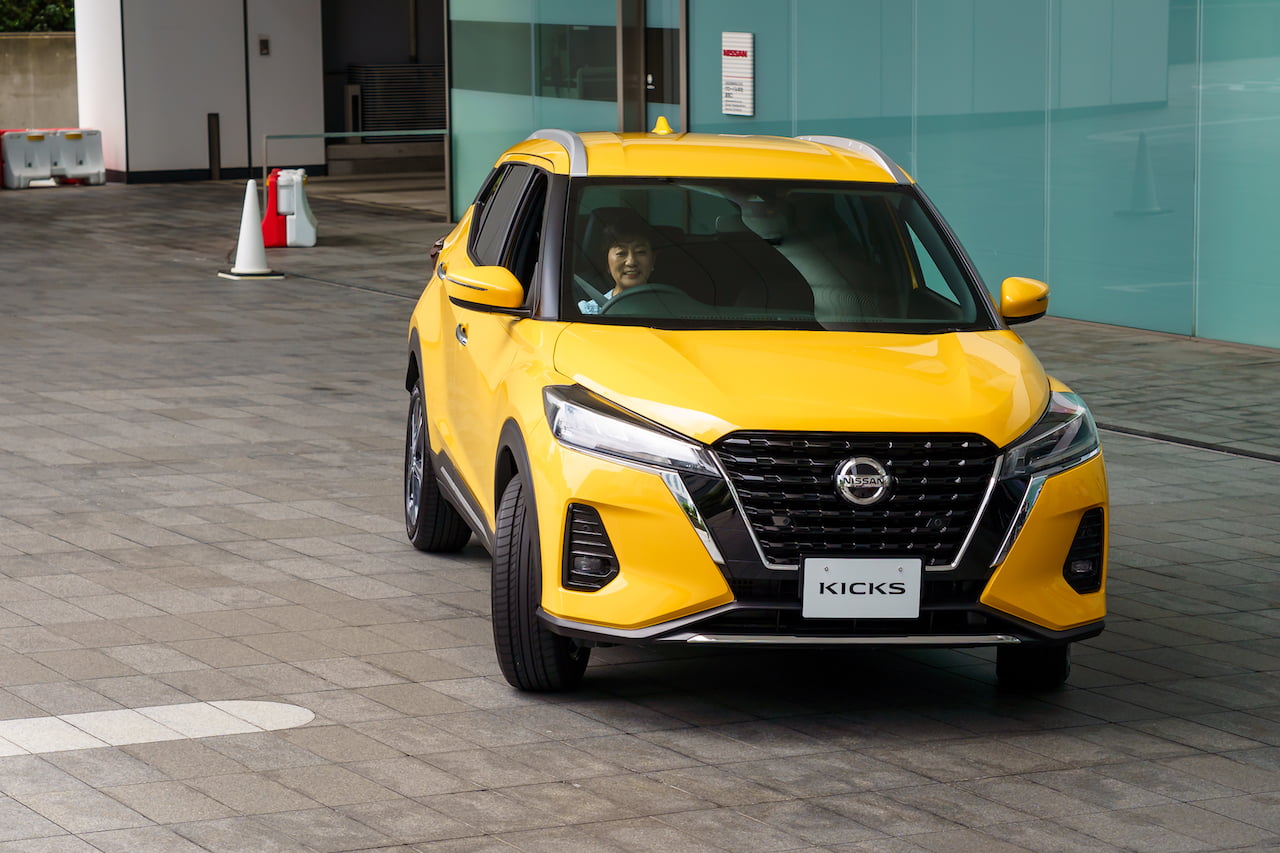 The Nissan Kicks e-Power, the new series-hybrid electric SUV, which had a waiting period of over 6 months in Japan as of August, has started reaching customers, as per Japanese blogs. Creative311 reports that a few units of the Kicks e-Power have reached customers in Japan in white and yellow body colours. These belong to customers who booked the car right after the launch in June.

According to a report from bestcarweb.jp in August, the Nissan Kicks e-Power units ordered in running colours would be delivered by December. The orders specified in less popular colours will take longer. Customers can choose from 9 monotone colours and 4 dual-tone colours. Customers selecting the Night Veil Purple, Sunlight Yellow (pictured above) and Radiant Red monotone options will get their Nissan Kicks e-Power delivered after February 2021.

Nissan announced in July that the Kicks e-Power has been received very well in Japan, with more than 10,000 orders recorded since the launch in late-June. The company had launched the Kicks in Japan with more features than the model that was unveiled in Thailand in May at its global premiere. Making it a more advanced specification are the new body colour options, bigger touchscreen infotainment system and the ProPILOT driver assistance technology. Nissan manufactures the Kicks e-Power in Thailand from where it is exported.

Last month Nissan Thailand confirmed that it was hiring over 2,000 workers at the Samut Prakan site to ramp up production of the Kicks e-Power and Navara which are quickly running out due to strong export market demand. Besides catering to customers in Thailand, the Kicks e-Power is exported to Indonesia, Singapore and Japan.

Nissan Kicks e-Power launched in Japan in an advanced specification

Nissan launched the updated Kicks with a new engine technology that combines a 1.2-litre petrol engine and an electric motor/battery. For Japan, Nissan is offering the ProPILOT tech with the Kicks as standard. The ProPILOT makes use of millimeter-wave radars to detect vehicles and to maintain right distance with cars ahead. The system features Intelligent Emergency Braking and Emergency Assist for Pedal Misapplication. The system also sends a report to authorities automatically in case of an accident and there’s a manual SOS call function for emergency situations.

The Kicks will get a total of 13 different body colours in Japan, with 9 monotone and 4 dual-tone colour options. Inside, the dashboard remains the same but for the bigger 9-inch touchscreen infotainment system in place of the 7-inch screen.

Nissan’s e-Power technology is a not a regular hybrid system. Here, only the electric motor drives the wheels, and the battery is constantly charged by the engine, thereby eliminating the need for an external plug. The power output remains the same for Thailand and Japan, with a maximum output of 129 PS and a maximum torque of 260 Nm.

Nissan is marketing the Kicks’ spacious interior, highlighting the 600 mm of knee room in the rear and 85 mm of head room. The boot space stands at 423 litres and can further be expanded by the 60:40 folding rear seats. Nissan Kicks is available in two trims in Japan – Kicks e-Power X priced at 2,759,900 yen and Kicks e-Power X Two Tone Interior Edition priced at 2.869,900 yen.

Nissan dealers in Japan are offering two styling packages for the Nissan Kicks e-Power for customers who want to add a dash of sportiness to the crossover. The Style packages offer Black or Silver (according to the package) body parts that include a roof spoiler, front and rear under protector and the side sill protector. Customers can also purchase the rear spoiler either in the body colour or in black.