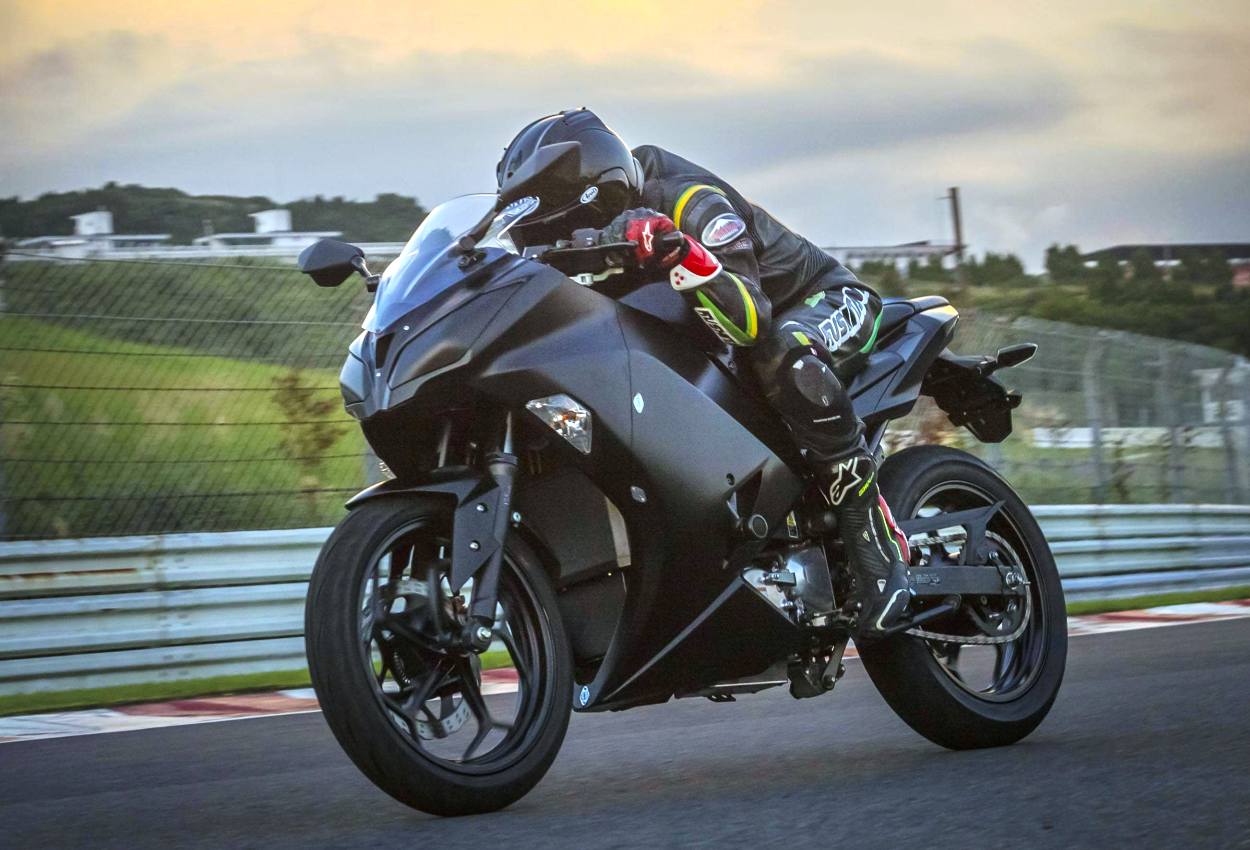 Kawasaki has filed a trademark application to get rights to the name ‘E-BOOST,’ says a report from visordown.com. According to the report, the company may use this name for a hybrid or pure electric motorcycle. ElectricVehicleWeb has not been able to verify the trademark application filing independently.

E-BOOST is a general abbreviation for ‘Electric Boost’ in the auto industry. It is commonly applied to communicate a feature in a hybrid model of a short-lived (temporary) surge from the electric motor using electrical energy stored inside a small battery for instant acceleration.

In 2020, a patent application, courtesy cycleworld.com, revealed an innovative production process for the Kawasaki EV Endeavour, the first Kawasaki electric bike. Kawasaki plans to manufacture the battery and electronics at a separate establishment and put together the chassis, suspension, wheels, brakes, and body panels at another factory. It will ship these two packages to the dealer, who will conduct the final assembly before delivering the bike to customers. The company has designed its first electric bike such that in the final assembly, one can install the remaining components from the top.

Kawasaki rolled out teasers of its new electric motorcycle in June 2020 confirming that it is gearing-up for the era of electric vehicles. Kawasaki’s battery-powered bike, as it’s from a mainstream company, is one that has everyone’s curiosity in the motorcycling community, but is the least-talked-about due to the dearth of information. While Kawasaki is dropping hints with each video, we have to admit that not much is known about the project.

The first Kawasaki electric bike is said to feature a reverse gear, which may be interesting and practical when pulling the bike out of a tight parking space, but it is hardly a feature that motorcycle fans have been clamouring for. The Kawasaki electric bike will feature a manual gearbox, which will set it apart from other offerings in the market and appeal to the biker who has a conservative motorcycle and wants an experience close to a gas-powered bike and a balance of acceleration and top speed. Kawasaki has also confirmed regenerative braking and that the bike is compatible with AC charging and DC fast-charging.

Considering the socio-economic state of the world, a halo motorcycle from Kawasaki would not be headline news, but when it does arrive, it will grab attention for being the first battery-powered motorcycle from Japan.

After showcasing the prototype at the 2019 EICMA, Kawasaki began testing its first electric motorcycle, which it has named Kawasaki EV Endeavor, in early-2020.

Kawasaki released videos of the new electric bike being tested on the racetrack, showing the fully-faired model in action and some of its finer details too. Diverging from the norm, Kawasaki has opted for a 4-speed manual gearbox instead of a single-speed unit used by almost all other major electric vehicle manufacturers. The multi-speed transmission will allow the motor to produce more torque from a smaller size and achieve a balance of acceleration and top speed.

The EV Endeavor is built on a frame similar to Ninja models and is comparable to the Ninja 650 in size. The suspension seemed to be shared with the middleweight Ninja bike. Kawasaki has said that the electric motorcycle had a range of up to 100 km in a single charge. This is expected to be improved when the product is launched as 100 km won’t seem an impressive figure by any measure in 2022.

While official details are yet to be released on the power and torque figures, Kawasaki has equipped the electric bike with CHAdeMO fast-charging system and can be charged with a 100-240V power supply. Some reports have suggested that the electric motorcycle produces a power equivalent to 27 hp.

Electric motorcycles are not as popular as electric scooters, and the choice is pretty limited globally. The scooter’s form makes it easy to store the battery either beneath the battery floor or under the seat and thus lowering the centre of gravity for more stability. In motorcycles, this becomes a harder task as the battery’s location is either in place of the fuel tank or below. Motorcycles are also heavier, which affects the range greatly, and unlike scooters, customers expect them to serve long-distance trips.

Kawasaki talked about its efforts towards decarbonization under its Group Vision 2030 strategy at the Progress Report Meeting on 1 June 2021. When asked about the features of the Kawasaki electric motorcycle that is currently under development, the company’s answer suggested that it will offer performance similar to a large displacement sports model, indicating a top-down approach.

We are developing exciting motorcycles for Kawasaki fans, who enjoy large-displacement sports models.

Kawasaki said that it plans to speed up the development work of electric motors and other eco-friendly propulsion systems for vehicles. The company has big plans for hydrogen-related businesses, and one of them is the launch of hydrogen vehicles.

On 6 October 2021, Kawasaki held a business policy briefing, in which it discussed electrification plans. The company revealed plans to introduce at least ten electrified motorcycles by 2025. By 2035, it will offer all main motorcycle models for developed countries as hybrid or pure electric vehicles. These electrified models will be in addition to the hydrogen-powered clean energy models.

Kawasaki won’t be the first to enter the electric motorcycle segment among the established brands as brands like Harley-Davidson, Husqvarna, Royal Enfield, and Honda have announced plans. Now that development has progressed, we can expect more news next year on the commercialization plans.