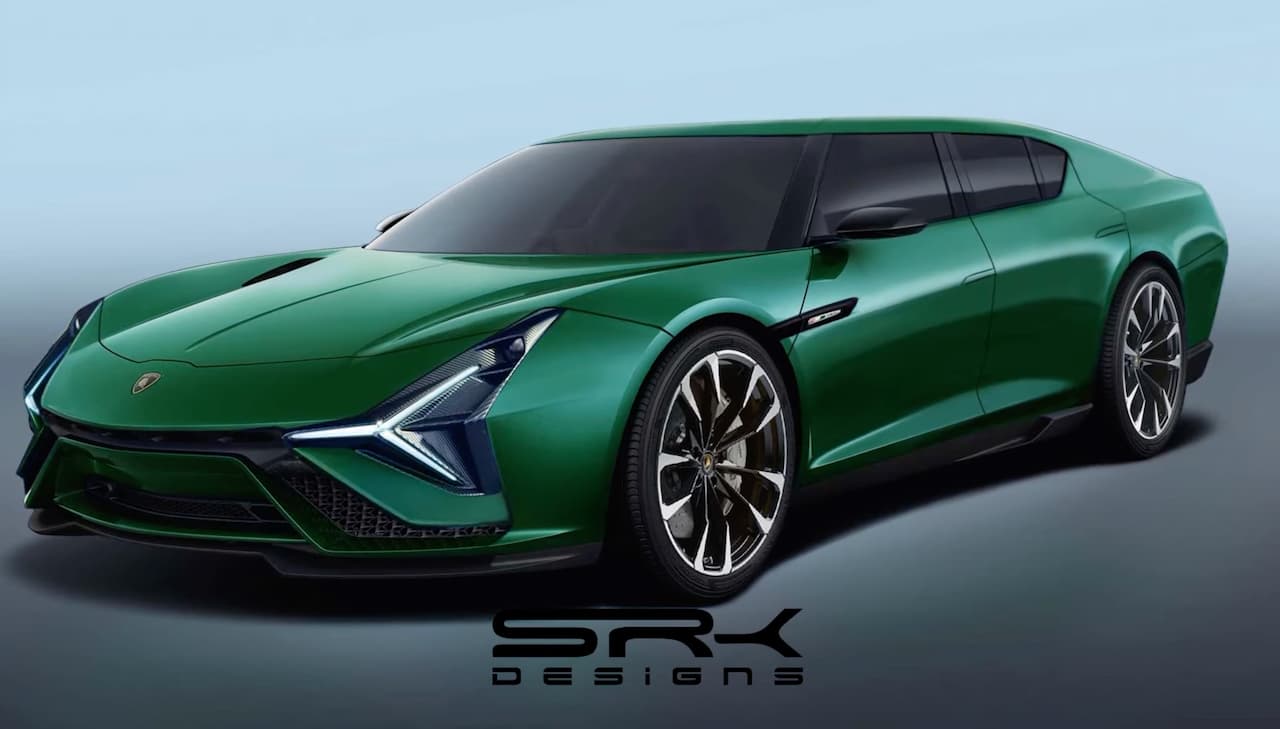 Fans across the globe highly await developments around the Lamborghini Electric car. At Lamborghini’s ‘Direzione Cor Tauri’ conference in May 2021, CEO Stephan Winkelmann laid out the brand’s electrification roadmap for this decade. In a nutshell, the brand’s entire range is set to be electrified (where a motor assists the combustion engine) by 2024 and an all-new model, in addition to the existing Huracan, Aventador, and Urus range is likely to join the family.

For the Lamborghini EV supercar, due to arrive by 2027, a report in Car Magazine’s February 2022 issue states that the CEO is inclining towards a 2+2 grand tourer.

Sant’Agata’s $1.8 billion electrification plan begins by paying homage to its V12 engine with two new offerings. One has already been launched in the form of the Aventador LP780-4 Ultimae, and the other is yet to arrive. By 2024, Lamborghini will have electrified its entire range, with the Huracan and Urus sporting electrified V8 engines, while the Aventador’s replacement is likely to sport a petrol-electric hybridised V12. Lamborghini says the journey will be summed up in the second half of this decade with an all-new Lamborghini EV offering, forming the brand’s fourth model range.

Speaking to Autocar.co.uk, Lamborghini CEO Stephan Winkelmann said that the company’s approach to its first EV will “clear and prudent.” Winkelmann mentioned that it will be a completely new car, and in a segment the company hasn’t been in for a long time. He hints that the 2+2 could have a higher ground clearance, similar to what Bentley is planning with its first EV.

According to Winkelmann, the concept is yet to be signed off, and development should commence this year. As for the technical specifications, Winkelmann stated that Lamborghini could choose to “make or buy” whatever was required in terms of platform, or propulsion technology.

Lamborghini should by far use the VW Group’s SSP platform (perhaps with some PPE modules) to optimise costs and standardise component usage. Lamborghini will, however, play to its strengths when it comes to design and make the GT look truly distinctive. We should be learning more about the Lamborghini electric car sometime next year once the company firms up plans.

2021 was a record year for the Italian marque as far as sales are concerned. The VW Group brand posted a 13 per cent increase compared to 2020, with 8,405 units delivered across the globe. With 5,021 units delivered, the Lamborghini Urus accounted for 60 per cent of the total sales, followed by the Huracan, of which 2,586 examples were sold. The now-discontinued Aventador found 798 homes only. The double-digit growth figures were observed in three major markets: America, Asia Pacific, and EMEA (Europe, Middle East, and Africa). Lamborghini had reentered the four-door market with the Urus SUV in 2018, which turned out to be an excellent decision.

In an interview with Drive, Rouven Mohr, Chief Technical Officer at Lamborghini, hinted that the Urus would be one of the first Lamborghinis to be 100% electrified. While not offering specific details, he went on to say that the Urus would go electric “sooner or later” due to regulations (requiring a switch to emission-free powertrains) and the increasing social acceptance of electric vehicles.