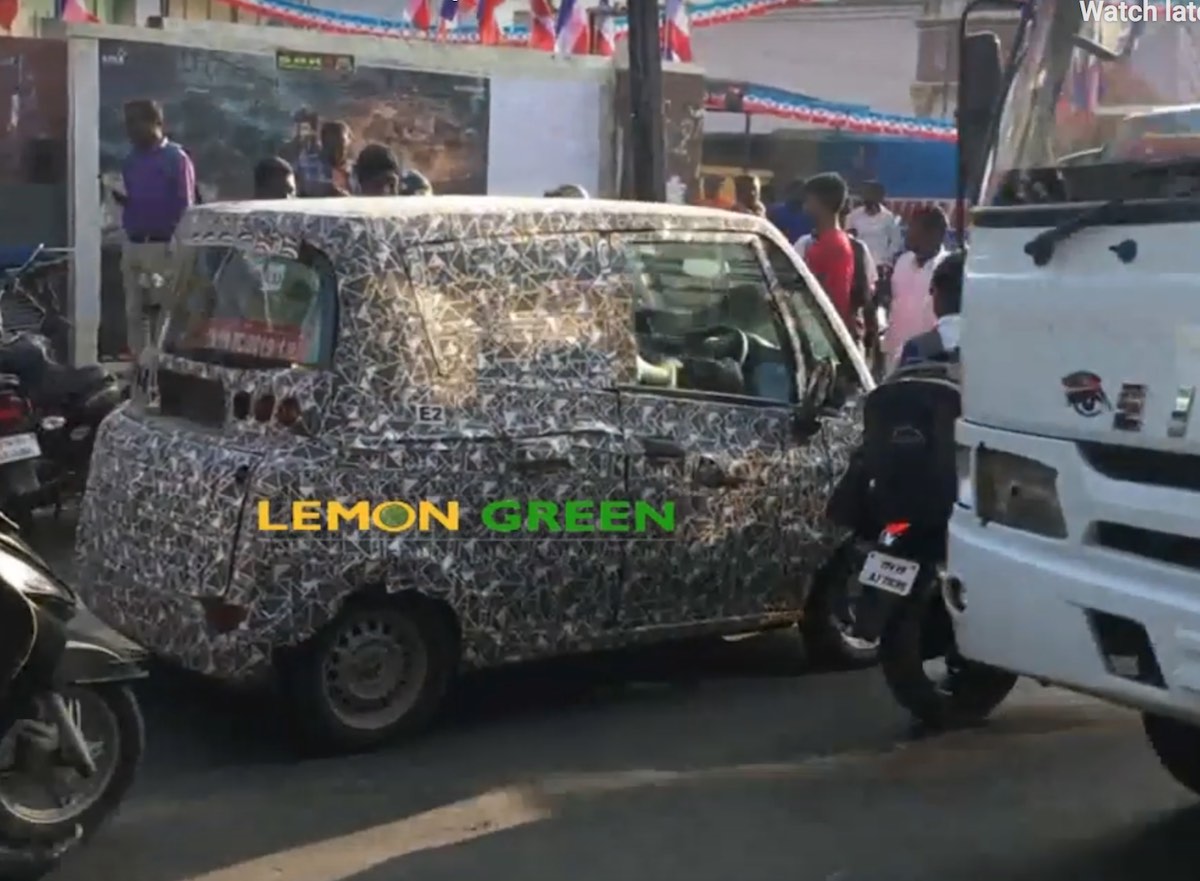 Update – Youtube channel Lemon Green has spotted the Mahindra Atom people mover in Chennai two days before its debut at the Auto Expo. The video clip provides a good look at the front, side and rear of the vehicle, and the dimensions with respect to other vehicles on the road.

Mahindra Automotive Facebook page has released a teaser of the Mahindra Atom electric quadricycle ahead of its launch on the 5th of February at the Auto Expo.

Motorbeam reader Aravind Aji has seen the Mahindra Atom quadricycle electric vehicle on test less than a week ahead of its Indian launch in Greater Noida. Every component on the Atom appears new, and not shared with Mahindra’s former small commercial vehicles Jio or Jeeto.

Mahindra Atom, the highly anticipated electric quadricycle, was spotted testing for the first time by Motor Vikatan reader Jayavel. The Atom will be unveiled in its final production form at the Auto Expo 2020 on February 5 and will be launched in the third quarter of 2020.

First showcased at the 2018 Auto Expo in a concept avatar, we expect the Mahindra Atom to come with a 15 kW electric motor and the top speed limited to 70km/h. The Atom features a swappable battery system (the battery bay is at the rear, under the passenger compartment) to extend the vehicle range with little downtime and is expected to get an intelligent connectivity system that makes bookings and payments easy for users.

The Atom Concept came with futuristic LED lights, digital instrument cluster, touchscreen infotainment, battery gear selector, air conditioner, power steering, and a beige cabin. Mahindra would either drop or make some features optional extras in the production model to match the price target of the last-mile operator. Expect the Atom to have a seating capacity of 4 persons excluding the driver and ride on 13-inch wheels.

Mahindra would produce the Atom at its Bengaluru plant for electric vehicles, and the unique mobility solution looks like it sits on an exclusive platform designed for low-cost EVs. M&M has invested Rs.400 crore with Rs.150 crore diverted to developing quadricycles and Rs.250 crore to a new assembly line at the plant. Mahindra has earmarked Rs 1,000 crore for EV research and development. The investment will be split, one half to be used at Mahindra Electric’s Bengaluru factory and the other invested in Mahindra’s Chakan factory to develop high-powered battery chargers, battery cells, and other critical components.

M&M is gearing up to launch the eKUV100 which will be the cheapest electric car in the country when it goes on sale in the first quarter of the next fiscal. Dr Pawan Goenka, MD of M&M Limited, has said that the eKUV100 will cost under Rs 9 lakhs (ex-showroom) undercutting the Tata Tigor and the Mahindra eVerito. To be powered by a 15.9 kWh battery, it can be charged in just 55 minutes with a fast charger while a regular charger will take 5 hours and 45 minutes to fully charge the battery. The car is reportedly driven by a 40 kW motor and will return a range of about 140 km/charge.