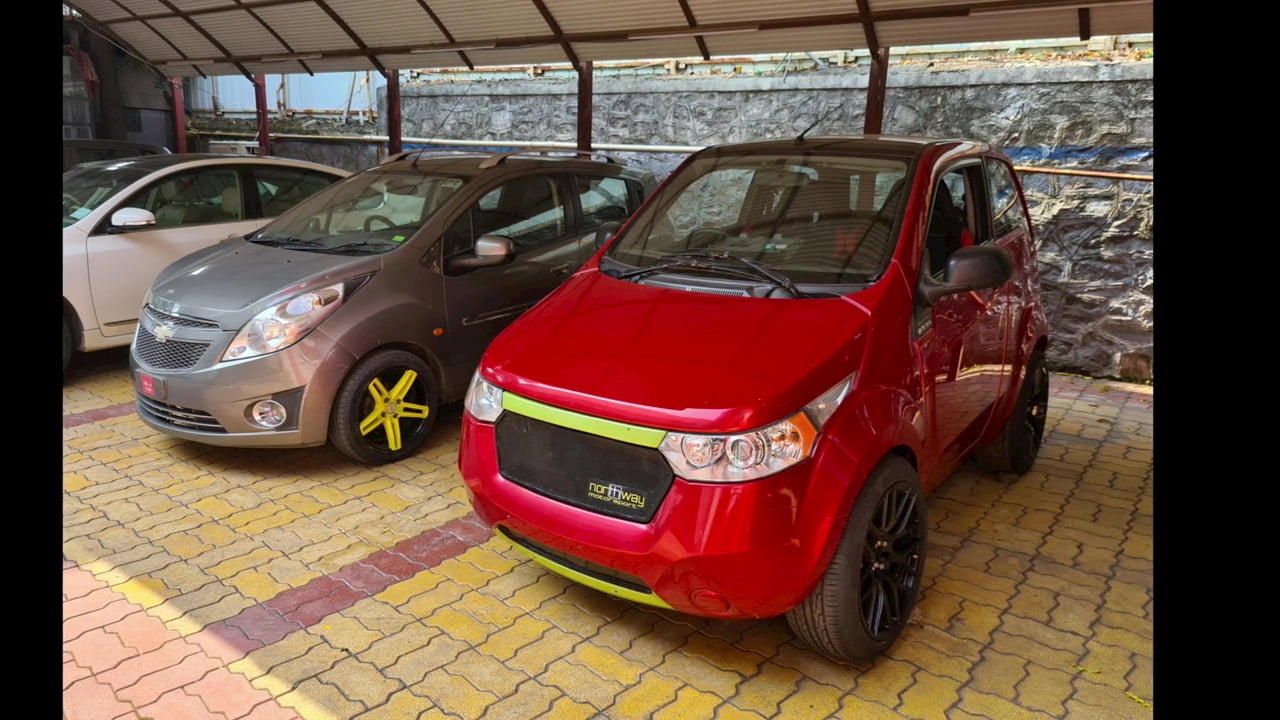 Performance parameters often go unreported in the case of electric cars in India, as range and charging parameters happen to be the priority for journalists or bloggers covering the EV scene. But for whom acceleration and top speed figures truly matter, here’s the fastest electric car made in India – the Mahindra e2o Type-R.

The Mahindra e2o Type-R obviously gets its suffix from the European hot hatch Honda Civic Type-R. It’s a modified high-performance car, though, not one coming out of the brand’s factory, which in this case is Mahindra Electric’s Bengaluru plant. Hemank Dabhade-led Northway Motorsport, based in Pune, has worked on the Mahindra e2o Type-R.

Northway Motorsport, which made news for its Maruti 800 Electric conversion, has modified the powertrain of the Mahindra e2o, but it hasn’t disclosed details. It does say that the modified Mahindra e20 has 750 Nm of wheel torque (not motor torque, which would be much lower). 90% of the EV components have been designed and manufactured in-house.

The Mahindra e2o Type-R has been given styling modifications as well. On the outside, it features a black mesh grille, fluorescent yellow stripes, 9J forged wheels and low profile tyres. Changes on the inside include bucket seats and a floating touchscreen infotainment system. At Auto Expo 2016, an officially modified Mahindra e2o, called Mahindra e2o Sport and featuring wireless vehicle charging, was displayed. The e2o was discontinued last year and its stop-gap replacement is the Mahindra eKUV100 that is expected to launch in January 2021.