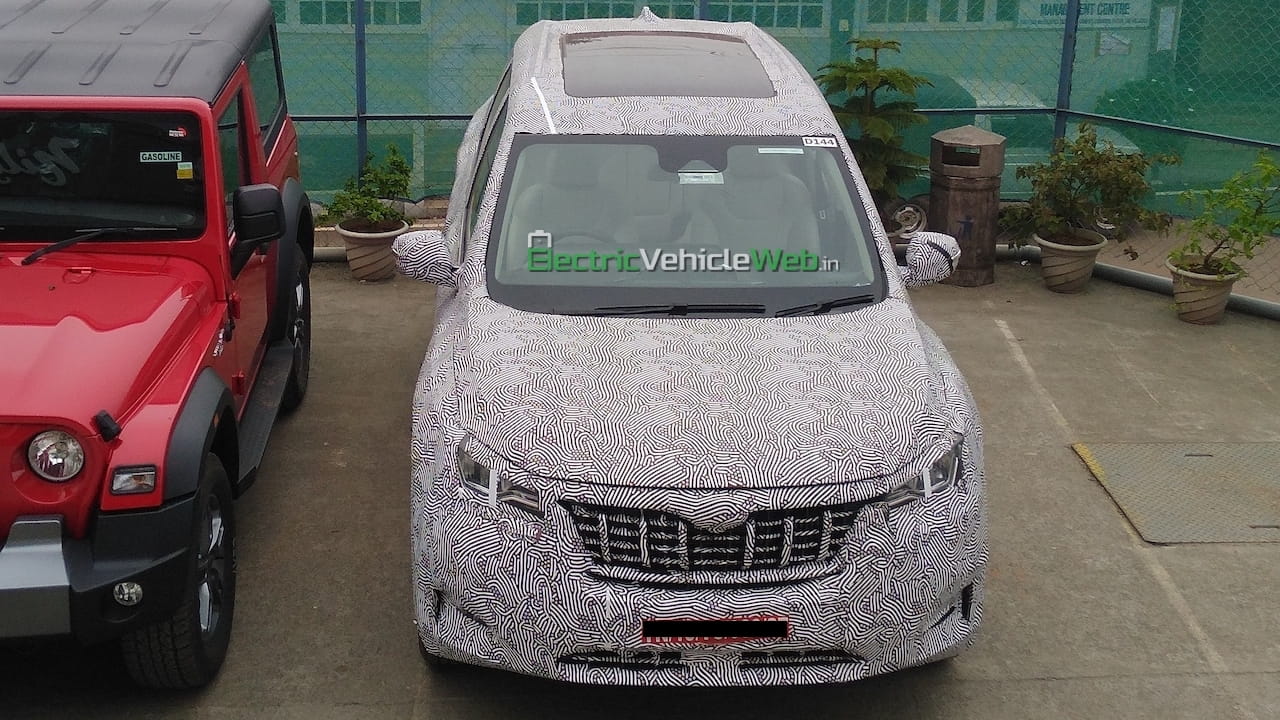 The launch of the next-generation Mahindra XUV500 (code: Mahindra W601) in the first quarter of the new financial year (April – June 2021) looks shaky due to the semiconductor shortage, but EVW understands that the company is trying to get the car into the marketplace as per the original plan.

Rajesh Jejurikar, Additional Director & Executive Director of Automotive and Farm Sectors at Mahindra & Mahindra said that the company is likely to do an unveil next quarter. The launch and bookings could be deferred to when the situation with the ECU stabilizes, if it already hasn’t at the time. Mahindra is at a reasonable level of the readiness for the 601 but unless supply in reasonable quantities is secured, the impact of the launch would be taken away.

EVW infers that if Mahindra is not adequately ready with quantities because of ECU shortage, the launch would get pushed to the festive season.

Mahindra partnered with Mando, a South Korean company, for sourcing ADAS in April 2019. The supplier had announced that the Indian automaker has ordered front radar and front camera required in Autonomous Emergency Braking (AEB), a safety feature the Indian government wants to make obligatory by 2023.

AEB is a driver assistance system that gets input from radar sensors placed behind the grille or windshield to gauge the surroundings and monitor simple driving parameters such as acceleration, speed and proximity of the vehicle to obstacles. If the system detects a risk of an accident, it prompts the driver to apply the brake through audible and visual warnings. If the driver fails to react in a timely manner, AEB applies the brakes autonomously to prevent an accident or at least reduce the collision impact.

These features are not available in rival C-SUVs like the Tata Harrier, the Jeep Compass and the Hyundai Tucson, though Mando had said last year that it had made efforts to secure orders from Maruti Suzuki and Tata Motors. The company’s Indian R&D centre is now in the development of specialized specifications where the ADAS can detect large animals and works well even on uneven road conditions.

Aspects of the design inspired by the Mahindra Funster Concept

Moving to the design aspect, you would remember the 230 kW (308 hp) Mahindra Funster EV concept from the Auto Expo 2020. The stunning dual-motor AWD roadster with a 200 km/h top speed and a 520 km range isn’t planned for mass production. However, we will get to see some of its design features on the 2021 Mahindra XUV500.

The 2021 Mahindra XUV500 prototype doesn’t carry production lights, but the final version that comes to showrooms will feature the Funster-inspired sleek and angular units with full LED lighting. It is also likely that the next-gen Mahindra SUV will feature connected LED tail lights like the show car.

The 2021 Mahindra XUV500 may not feature electrification in the launch phase. Reports say that it will arrive with a 2.0-litre mStallion T-GDi turbocharged direct-injection petrol engine and a mHawk 2.0-litre mHawk diesel engine. A year or so into its launch, mild-hybrid technology would be included to be prepared for the implementation of CAFE II & RDE norms. Mahindra plans to bring down its fleet CO2 average through introducing a mix of pure electric and electrified vehicles.

Speaking during the Q1 FY2021 Earnings call in August 2020, Dr Pawan Goenka, CEO & MD of Mahindra & Mahindra, answered a question on the challenge of CAFE II & RDE. While explaining the cost and the solutions to meet new regulations, he said:

But it’s not a single solution. It’s multiple things that we are doing. For example, 48V hybrid might come on some vehicles, electric vehicle. Sensors will help, improving efficiency of diesel and gasoline, both. So – direct injection gasoline engine, GDI. All of these things will help in meeting the regulations.

The 2021 Mahindra XUV500 will compete with the MG Hector Plus, in which a mild-hybrid powertrain option is available. Rivals will include the Tata Safari and the Hyundai ‘Alcazar’ which is the upcoming ‘Plus’ version of the Hyundai Creta.