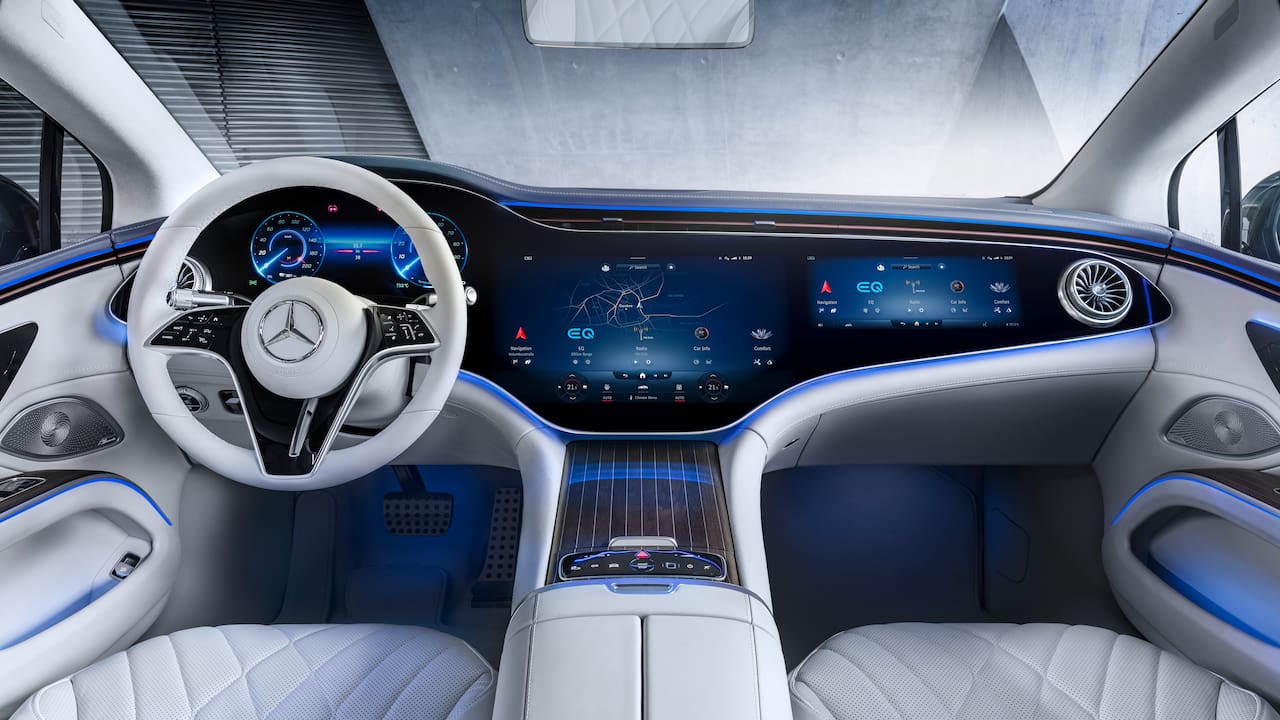 According to a report on the German blog JESMB, the semiconductor chip crisis is hitting Mercedes and deliveries of the new Mercedes EQS. More specifically, the EQS 580 4Matic.

According to the report, the Mercedes EQS 450+ is available and will roll out as usual by the end of 2021. It is dependent on the options the customer has chosen, but the 450+ does not get the MBUX Hyperscreen as standard. As such, 450+ variants without the Hyperscreen roll out first. It’s possible to buy the EQS 450+ before the end of 2021, suggests a more recent report from JESMB.

The 580 4Matic customers, on the other hand, will have to wait about a year, according to the first report. Depending on semiconductor availability, 580 4Matic will start rolling out from the third or fourth quarter of 2022, JESMB says.

The MBUX Hyperscreen is Mercedes’ full-width display integrated with three screens: one driver’s instrument console and two infotainment screens. According to Mercedes, the MBUX Hyperscreen is a digital/analogue design fusion. While the three displays blend to form one seemingly single screen, the analogue air vents at the sides are also integrated into the screen to “connect the digital and analogue world”.

It is mounted on a continuous plastic frame, the visible parts of which have been painted in a three-layer process called silver shadow, while the LED lights in the lower part of the display allow for floating illusion. The central and passenger displays use OLED technology allowing for a high-contrast display with sharper images. When the passenger seat is not occupied, the passenger display showcases animated stars or the Mercedes-Benz pattern. Additionally, new graphics have been used to give the Hyperscreen a very futuristic look.

The front passenger display can show the Mercedes-Benz star pattern or other decorative images, a compass, and a clock. The driver can select the radio station, watch TV, share content with other occupants in the car, and view navigation information.

The co-display has four actuators, using which it offers haptic feedback when the passenger touches certain points with a finger. It supports force touch, meaning that the user can access additional functionality by applying varying pressure levels. The front and rear passengers can play games in multi-player mode with their screens.

The Hyperscreen gets AI. This system works using context-sensitive awareness to show the right screen at the right time. As the release in Mercedes says, if a particular person is called every time at a specific time on a specific day, the MBUX system throws up the contact card along with the person’s picture if it is stored, essentially suggesting a call. Mercedes is calling zero-layer, which means the user does not have to dig into the console’s menus to access the important bits.

The MBUX also allows for different profiles. Depending on who is driving the EQS, the Hyperscreen shows the most common things the person does using the infotainment screen. For example, if one user regularly switches on the steering wheel heating and other heating functions, the Hyperscreen will show the user the suggestion. Or, if a particular user switches on the massage function with the hot stone principle in the winter, this will also be suggested by the Hyperscreen when it is cold outside.

Another feature is the ability to lift the chassis to provide better ground clearance, in use, for example, at steep garage entrances. If this is a place the user goes to regularly, the Hyperscreen will record the GPS coordinates and suggest the function when the car is nearby.

The Hyperscreen has 12 actuators underneath, allowing for haptic feedback when the user taps on certain points. The cover plate gets two coatings to reduce reflections and allow for better cleaning. The glass itself is made using aluminium silicate for better scratch resistance. Safety measures have been implemented into the glass as well. Predetermined breaking points and five holders allow the glass to yield in a specific manner in the event of a crash.

8 CPU cores and 24-gigabit RAM power the MBUX Hyperscreen. It gets one multifunctional camera and one light sensor to adjust the brightness and stores up to seven user profiles. 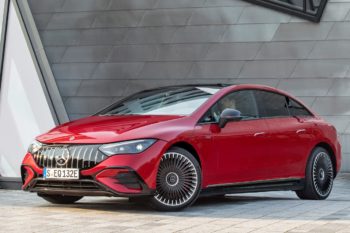 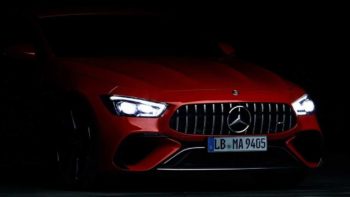