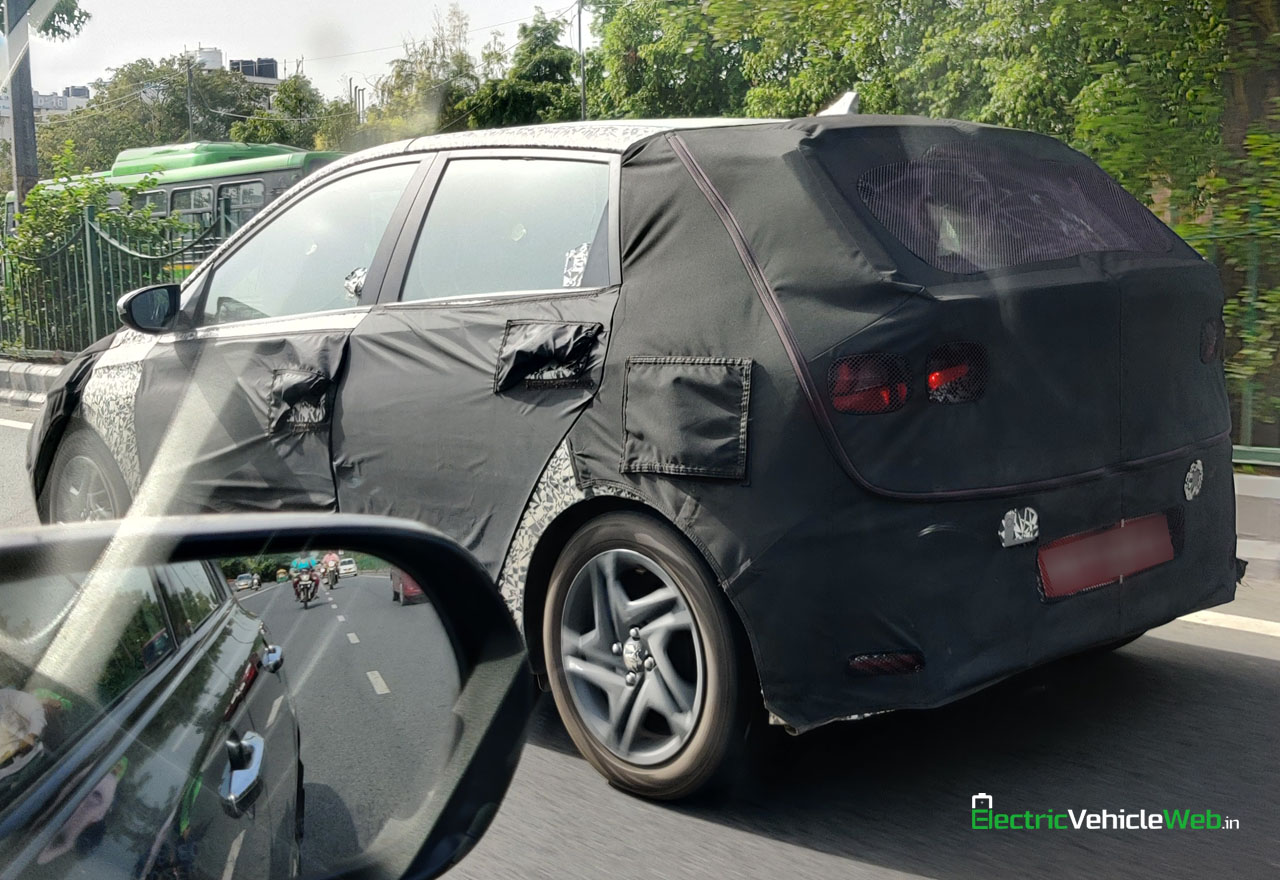 Reader Arjun Singh Rajput has passed on images of the new Hyundai i20 testing in India. The i20 is confirmed with a 48V mild-hybrid variant and an iMT in the global market, but Hyundai’s Indian product strategy for mass-market introductions has no electrification so far. New emission regulations like RDE and tighter CAFE norms in the next two to three years would invariably lead to varying degrees of electrification in all segments from mild-hybrids, ‘strong’ hybrids to pure electric cars to cut CO2 emissions.

Hyundai has been testing the new i20 in India since last year. The current model (Elite i20) has transitioned to meet BS-6 emission norms, and that is an indicator that the company is in no hurry to bring in the third generation i20. We expect the new i20 to come out during the festival season, if there is no further disruption at the Hyundai plant due to COVID-19, with 1.0 turbo petrol and 1.2 naturally aspirated petrol engines.

The 2020 Hyundai i20 would perhaps become the most premium hatchback in India. On the top-spec Asta variant it is expected to be lavished with LED headlamps, new cascading grille, contrast roof, BlueLink connected car technology (offering 33 connected car features), a 10.25-inch touchscreen infotainment system and optional Bose 8-speaker audio system. These features are confirmed for the European i20.

2020 Hyundai i20 almost certainly not receiving a ‘Coupe’ variant

EVW interacted with Minchul Koo, VP Design, Hyundai Motor Company on some aspects of the new generation Hyundai i20 that was revealed a few weeks back. The South Korean designer who was in India for the presentation of the new Hyundai Creta, said that a designer’s job is to constantly look for new challenges.

Featuring Hyundai’s ‘Sensuous Sportiness’ design language, the new i20 gets a razor-sharp design when compared to the current i20. The car has grown by 30 mm in width, 5 mm in length with a 10 mm increased wheelbase and is shorter by 24 mm. The premium hatch gets a dynamic-looking design thanks to sharply cut front and rear bumpers, wedge styling to the side with a bold character line. There’s a lot happening in the C-pillar with a chrome element, piano black finish and edgy wrap around tail lamps.

Inside, a completely revised dashboard now hosts two 10.25-inch digital displays – one is the instrument cluster while another is a touchscreen infotainment system. Talking about the dual digital displays in Hyundai cars, Koo said that the dashboard has been designed with a focus on the functionality.

We have a lot of evolutionary changes on the dashboard; absolutely we have to change – the double AVN system screen is very important and it makes the dashboard horizontal, it makes it stable and functional, and usability and interface is very comfortable and least distracting during driving as the information is well organized. We have adopted our products for different markets, different people and different segments.

Koo added that the company was trying to stay very different to what rivals were offering on the market:

As I explained about our design philosophy, we are trying to be very differentiated from competitors. While the technical package of the car could be similar across several markets, the designer’s job should be different and we adapt to customer needs and perspective, which is very important. That’s why we work with customers for the UX. Even in a similar package we make a totally different product, that’s our job.

The outgoing i20 is available as a three-door car in Europe (Hyundai i20 Coupe). Answering a question if the new generation i20 would receive a coupe variant, Koo responded:

For the designer (the coupe) is good, we are dreaming about creating something that is fast and more aggressive. But at the moment, every market of SUV is growing as you see, because people need more practicality. So the designer’s job is fusioning every element – so even the hatchback is very sporty and sexy, it is very sleek. The coupe I don’t think is really good idea at the moment.

When EVW pointed out how the coupe bodystyle was once very popular and both Asian and European brands had them even in the smaller segments, and how manufacturers have substituted them with 5-door bodies with sloping rooflines, Koo said:

We are just providing the coupe feeling and a car that is coupe-looking. As I said, practicality and packaging is very important for the customer because if they think (the car is) coupe-looking and too low, it doesn’t work in a good way. So really we have to combine practicality and styling together. If we think we need a traditional coupe, we are going to make that.

Hyundai has announced only one engine for the new i20 – 1.0 T-GDi petrol engine that can be had in two different power outputs – 100 PS or 120 PS. And for the first time, the i20 can be had with a 48V mild-hybrid powertrain that comes as standard with the 120 PS and optional with the 100 PS version. The hybrid system reduces fuel consumption and CO2 emissions by 3 to 4 per cent. There is no plan for a battery-electric i20, certainly not for the third generation model as the company is readying a purpose-built EV platform on which the first product would be a premium hatch.