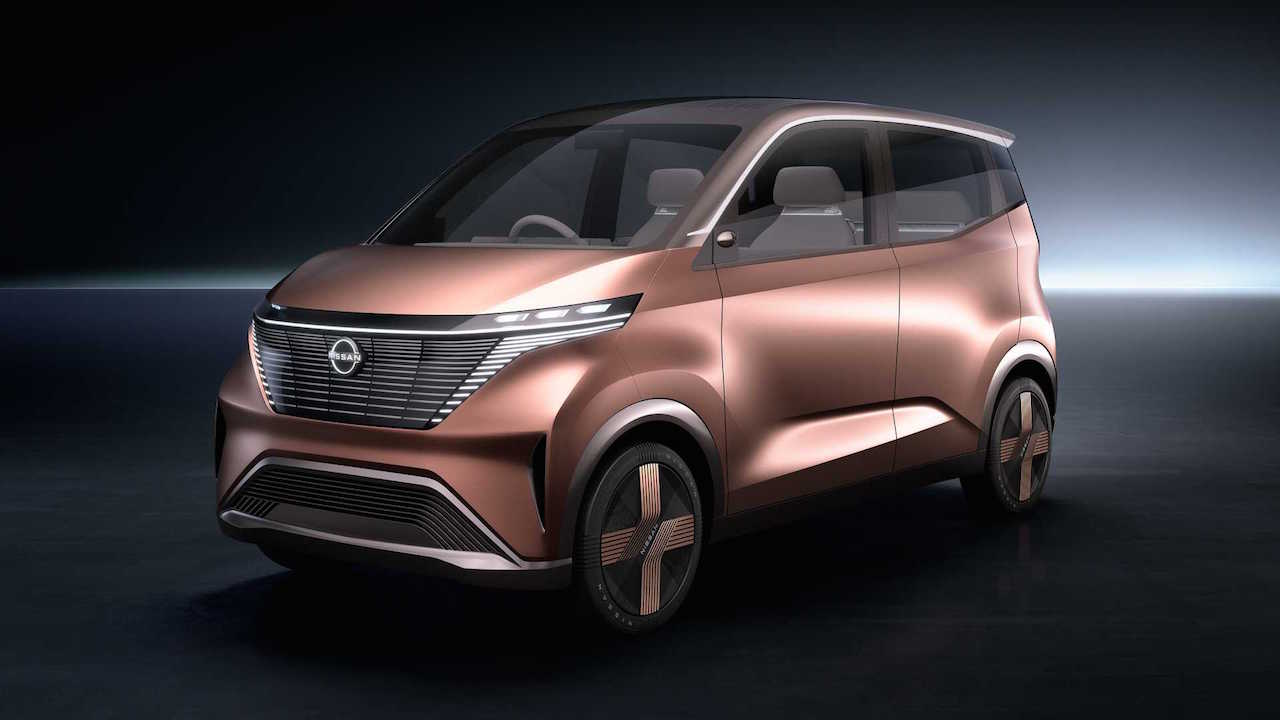 Through their joint venture company NMKV, Mitsubishi and Nissan will enter the next stage of their partnership introducing electric cars. The 2021 Nissan Dayz electric (name TBA) will have a mechanical cousin – the Mitsubishi eK electric (name TBA). The Dayz and the eK are based on the same kei-car platform, and so, it comes as no surprise that the Renault-Nissan-Mitsubishi Alliance is looking at generating maximum possible volumes with platform-mates like these.

Mitsubishi’s product pipeline under the just-released FY2020-2022 mid-term business plan includes an unnamed kei-car EV co-developed with Nissan. The only possibility is that this electric kei-car will be a sister model of the Nissan Dayz EV, the production version of the Nissan IMk concept from the 2019 Tokyo Motor Show, that is to launch later this year in the Japanese market.

Update – As per information emerging from Japanese blogs, Nissan is likely to introduce the electric version of the Nissan Dayz ‘kei’ car in December 2020.

Creative311.com is reporting that the Dayz EV will be based on the Nissan IMk Concept that was exhibited at the Tokyo Motor Show last year. The first generation Dayz was introduced in Japan in May 2013 and received a facelift 3 years later. The model programmed in December could be the second generation with overall improvements.

As per the report, the new Dayz will sit on a light vehicle frame that will be compatible with an electric powertrain that will be even more compact than what is available on the Leaf. By doing so, Nissan can offer a electric car in the ‘city’ category. The iMK concept gave many clues on what Nissan was planning for the Dayz’s successor – it invokes a brand new EV platform, Nissan’s Invisible-to-Visible (I2V) technology that provides information from around the vehicle and is pitched as a pure electric alternative for buyers who want a compact vehicle suited for a metropolis. The concept vehicle measured 3434 mm in length, 1512 mm in width and 1644 mm in height.

Although we do not know the price range yet, it is reported to cross the 2 million yen mark as it would come equipped with Nissan’s advanced safety equipment. The concept featured “an advanced version” of the ProPILOT 2.0 that enables navigated highway driving and hands-off single-lane driving capabilities, which is expected on the production car as well.

Nissan will be launching electric versions for its new cars and upgraded ones too starting from mid-2020. The Japanese carmaker will be launching 7 new electric cars by 2022 in its aim to generate 50 per cent sales in Europe and 30 per cent of sales in China through its electrified vehicles.

According to a report on Nikkei, Nissan will launch a new electric SUV in the second half of 2020 and the electric variant of its Dayz minicar (a Japan-only vehicle) in 2021. The company will also be looking to launch hybrid electric vehicles with Kicks SUV and X-Trail SUV that will be getting Nissan’s proprietary e-Power system. The e-Power system gets a fully electric motor drive that is powered by the gasoline engine and drives the wheels. e-Power is already available on Japanese market cars such as the Note and the Serena, and the tech is a sales hit in the home market.

At the 2019 Tokyo Motor Show, Nissan unveiled the Ariya EV crossover concept in its near-production form. The Ariya Concept combines advanced EV technology and human-machine interface connectivity to offer a great driving experience. It is equipped with the latest version of Nissan’s driver assistance system ProPILOT 2.0, which enables hands-off driving while cruising in a given lane and warns the driver with audio and visual guidance, to get the hands back on the wheel. Yasuhiro Yamauchi, representative executive officer, Nissan Motor Co., Ltd has said that the Ariya is not a concept car with far out ideas but a car that embodies Nissan Intelligent Mobility at its core and will be leading the design and packaging of Nissan EVs of the future.

In January 2020, Nissan signed a deal with Uber to introduce 2,000 fully electric Leafs for use through the Uber app in London. The Leafs are 40 kWh versions that offer a range of 270 km and are added to the Uber fleet as part of Uber’s Clean Air Plan. Apart from the cars, Nissan will also be providing an EV education program and marketing plan for Uber.

While the Nissan Leaf has been part of roadshows, motor shows and technology showcases in India for the past 9 years in both generations, the vehicle is expected to finally launch for customers this year as a CKD.