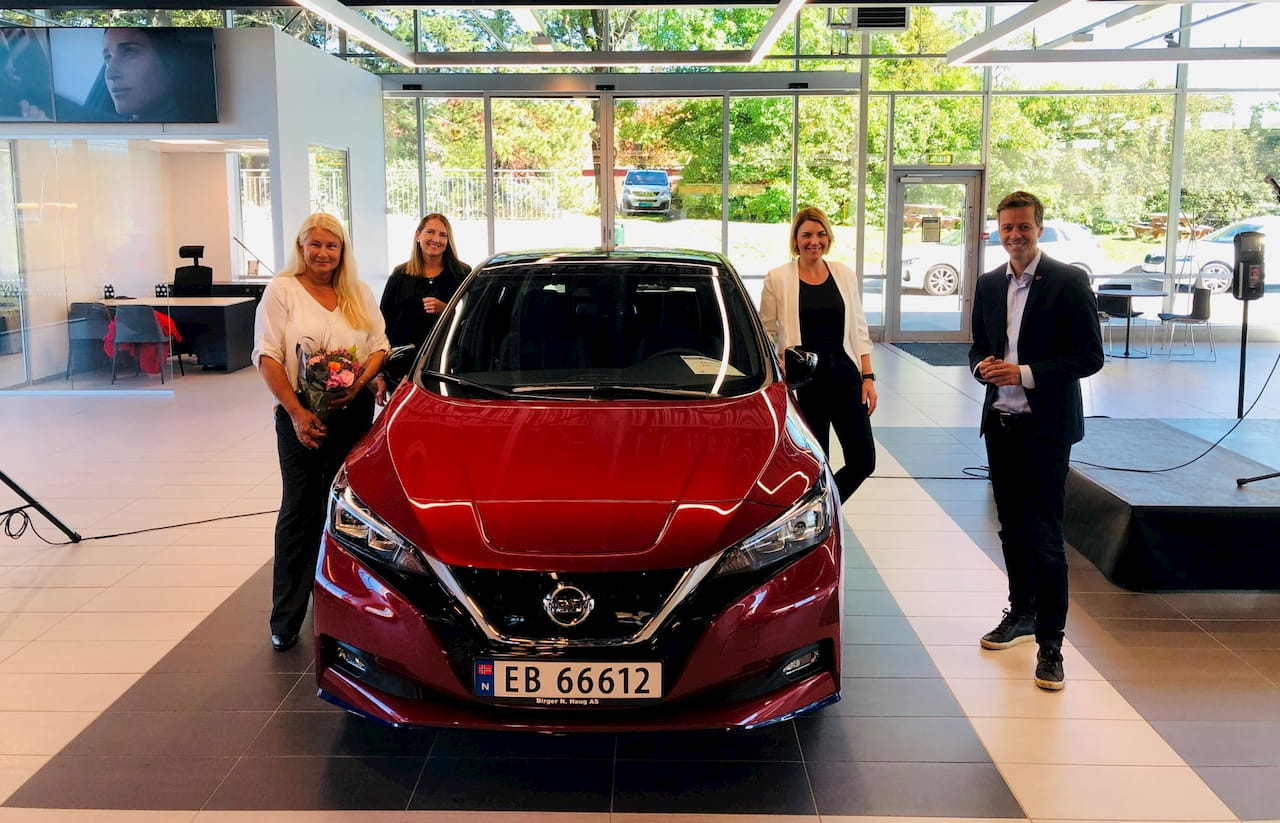 Nissan Leaf sales have reached 5 lakh units as of 1 September 2020 in the global marketplace. Nissan delivered the 5 lakh milestone unit of the Leaf to Maria Jansen in Norway, as seen in an image Elbilforeningen has posted on its facebook.com page and the video embedded below. Norway is one of the biggest markets for the Leaf. According to a new report from abcnyheter.no, Nissan has sold nearly 63,000 units of the Leaf in Norway since its launch in the country in 2011.

Nissan has been investigating the Leaf for India since the first generation. It displayed the world’s best-selling electric car at the Auto Expo 2012 to get the Indian public’s response to a proper (four-door) electric car. The second-generation Leaf was imported for road tests in 2018 and shown at select dealerships for customers to experience. The model was then spotted at the Nissan Digital Hub in Thiruvananthapuram, and then again powering a projector screen for an ICC Cricket World Cup match at a mall in Chennai last year.

EVW got word in early-2020 that Nissan had planned to launch the Leaf later this year in India. Seeing the encouraging response to the Hyundai Kona and the MG ZS electric, Nissan was considering assembling the vehicle at its Oragadam plant to get the price closer to INR 30 lakh. The Leaf can carry the mandate of establishing a strong connect between electric cars and brand Nissan and aid the company in understanding the performance of electric cars in our market. The learning from introducing the Leaf would trickle into its Indian-made mass-market electric vehicle that was expected later in the decade. The Leaf was expected to go out into the market without a firm sales target.

With the COVID-19 outbreak disrupting operations, we doubt if Nissan is in a position to launch the Leaf in India this year. The company had to delay its high-volume model Nissan Magnite because of the pandemic. It would first sort that out before reopening the Leaf plan file. We feel the performance of the Nissan Magnite would direct the future course of the Indian operations as other Nissan models have slid to the bottom of the sales table in their respective segments. The Indian management would find it hard to justify new investment unless they show a recovery with the next launch.

Nissan Leaf was one of the first mass fully electric cars in the world when it was launched in its first market, Japan, in December 2010. It is available in two battery packs. While the normal Leaf comes with a 40 kWh battery pack that offers a range of 270 km, the Leaf ePlus gets a 62 kWh battery pack with an extended range of 384 km (WLTP range).

For India, Nissan would likely want to launch the regular Leaf as the Leaf Plus will push its already high price tag higher. We don’t expect the autonomous driving technologies here either.