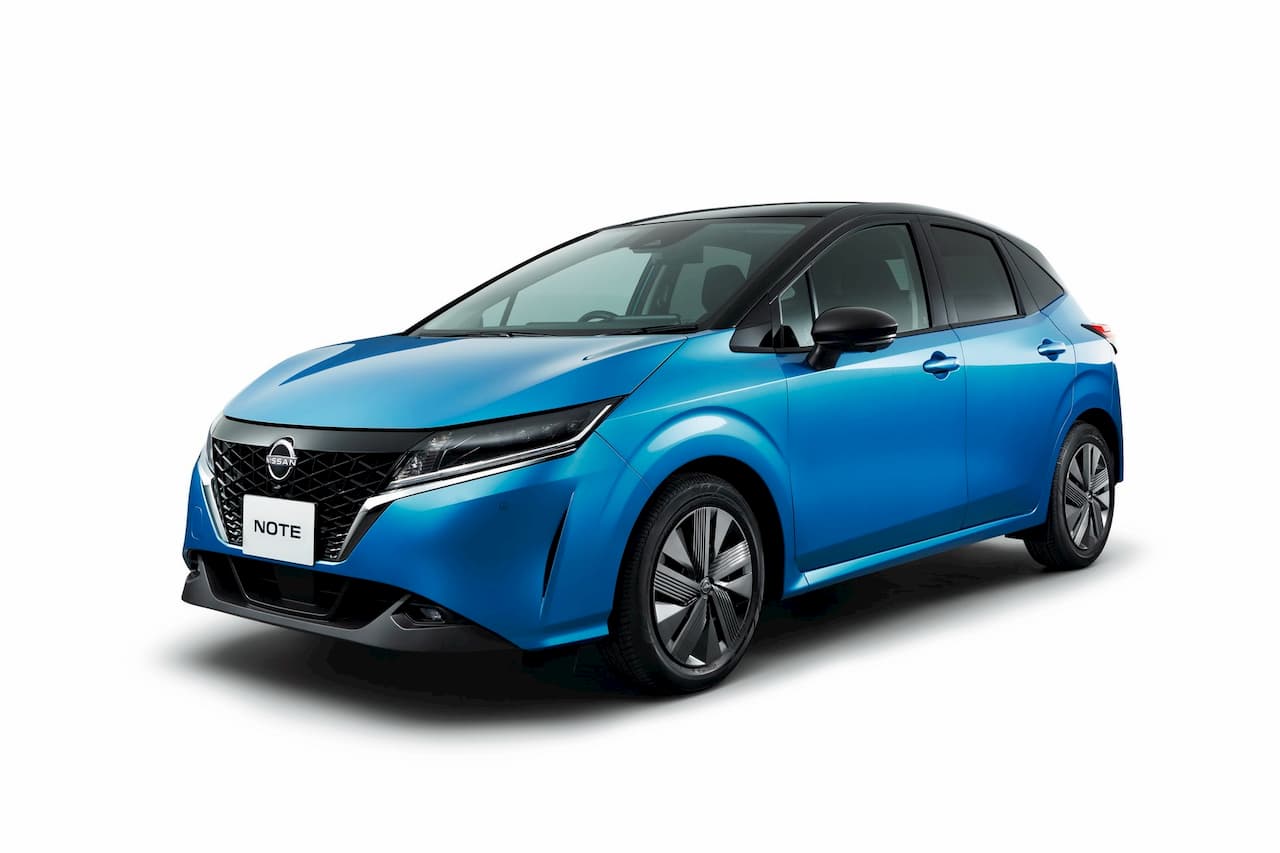 The 2021 Nissan Note ePower goes on sale in the Japanese market on December 23, 2020. Of particular interest, is that the new Nissan Note for Japan will be exclusively available with a series hybrid engine (the internal combustion engine will never power the wheels directly, but will always be used as a generator to supply electricity to the battery which will drive the wheels via an electric motor).

According to Nissan, the reason to not introduce a conventional petrol variant is owing to the fact that the previous generation Note saw up to 70 per cent of its sales from its hybrid variant. Nissan says customers will not miss having a pure petrol variant on the new Note ePower.

Of more interest is the speculation from Japanese media BestCarWeb that Nissan is developing a larger, 3-row variant on the new Note ePower with a sliding rear door arrangement. The necessity for a sliding rear door equipped, 3-row Nissan Note ePower arises from the need to replace the aging Nissan eNV200 (the electric variant of the NV200/Evalia). The nearly-decade old NV200 was last updated for the Japanese market in 2018 with the replacement of a 24 kWh battery with a 40 kWh battery which improved range by 65 per cent to 280 km. It is available in passenger carrying and cargo lugging variants.

For the European market, the eNV200 saw the introduction of a new variant: the eNV200 XL Voltia, which is mechanically identical but features a larger cargo space thanks to a taller roof and extended load bay. Bratislava based company, Voltia, co-developed the van with Nissan.

A new NV200 based on the Nissan Note ePower could be offered in a pure electric variant in addition to the series hybrid variant, which will appeal to long range fleet operators. Nissan says by end of fiscal year 2023, it wants to deliver 1 million electrified vehicles including electric vehicles and ePower models, globally each year. It however has not mentioned anything of a Note 3-row variant.

A Nissan Note ePower based three row passenger variant will directly compete with the Toyota Sienta and Honda Freed, which are popular in South East Asian countries, whereas a cargo based van with a tall roof would draw interest from the European market considering its cities, many of which have exemptions for zero emissions vehicles.

As far as the Indian market is concerned, Nissan’s focus is only on ensuring it can claw back market share, and sustain its business with the newly launched Magnite and there is no plan to reintroduce the Evalia in India.