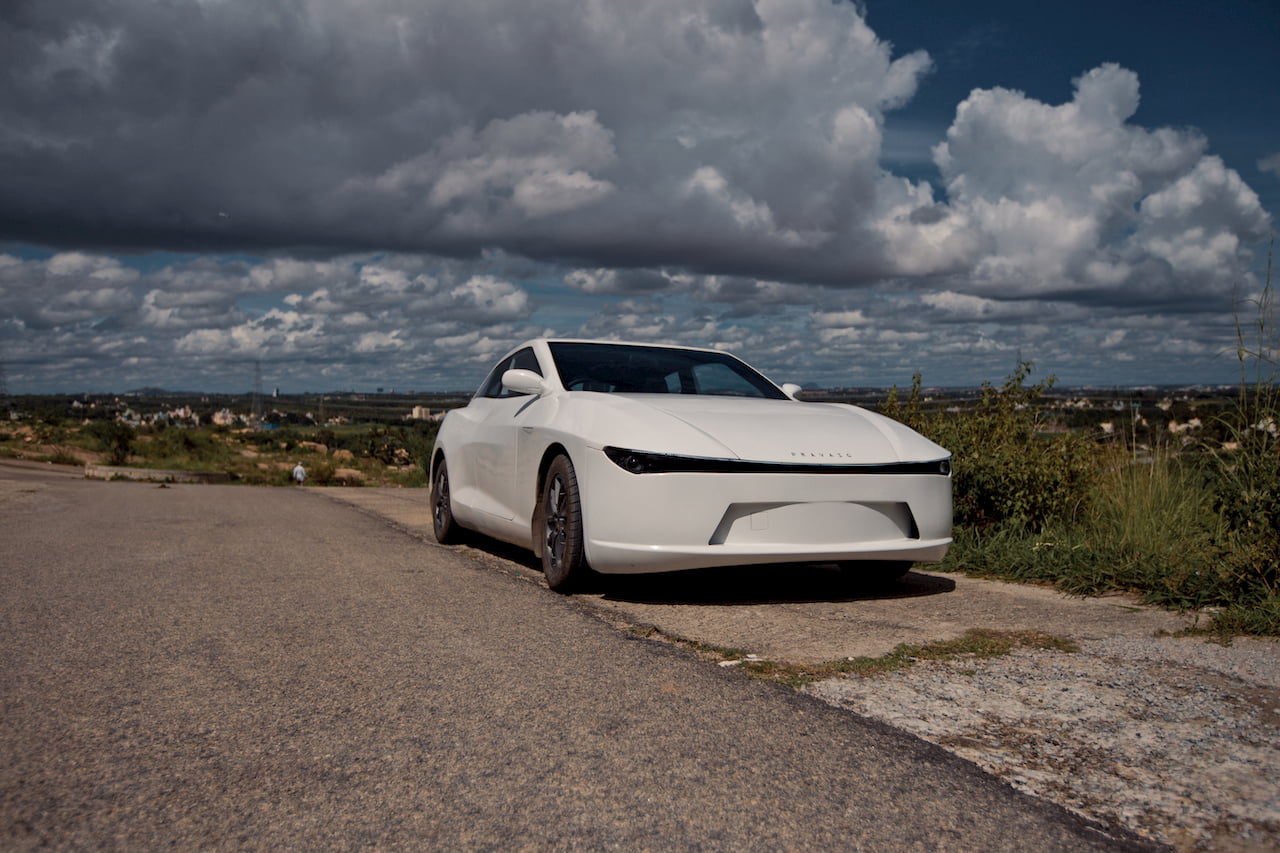 The Pravaig Extinction is a new electric car that is widely referred to as “India’s own Tesla”. It aims to put India on the global map in the electric car revolution and the new EV has a lot peculiar about it than just the design. It’s set to go on sale next year, but not via showrooms. The company unveiled the prototype and revealed its interior and sales plan on the 4th of this month.

The Pravaig Extinction Mk1 has a design that’s a mix of various body styles but the finish of the prototype is far from impressive. From the looks of it, the body has been designed with a focus on aerodynamics but it is not yet at an industrial quality.

Apart from angry-eye headlamps that might remind you of the VW Scirocco or the Mk8 VW Golf a little, there’s barely anything aggressive about it. The long bonnet, flush door handles, sleek greenhouse and the fastback styling lend an unusual yet quite sporty character to Pravaig EV. Look closely at the tail section and you’ll see hints of even muscle cars. That sums up the exterior of the prototype in brief.

The interior of the Pravaig Extinction Mk1 will be more interesting, and undoubtedly an even bigger talking point. Rear seats would be the best place to be in the Pravaig Extinction Mk1. Passengers in the rear would be able to sit comfortably on individual seats. Features like a large armrest in the centre, folding tray tables, six AC vents (three for each passenger), rollable partition screen, 12-inch vanity mirrors, two Thunderbolt ports, PM2.5 filtration etc. will be at their disposal.

More high-end features like autonomous driving technologies (if allowed by the government), a swappable battery pack and eight airbags also are expected to be offered in this electric car. Pravaig Dynamics has said that the Pravaig Extinction Mk1 will be built like a tank for high safety. Customers will be able to get a bespoke interior by benefiting from the company’s tie-ups with architects, fashion designers and interior designers.

Ram Divedi, Pravaig Dynamics’ shareholder and advisor, had told autocarindia.com that the company is working on getting a lie-flat seating of the Pravaig Extinction homologated. He had also revealed that it will be possible to recline the left-side rear passenger seat to around 165 degrees.

Whether the Pravaig Extinction Mk1 sits on an existing platform licensed from another company or a newly developed platform isn’t known at the moment. What we do know is that it uses a steel space frame and that it’s rear-wheel driven. According to Divedi, the car in the pictures is a level-6 prototype; there will be more three more prototype stages before reaching production. Anywhere in the next three prototype stages, two rear doors will be added.

Powering the electric car will be a 150 kW (203.94 PS) motor getting juice from a 96 kWh battery pack. The battery pack will be assembled by the company here and is claimed to return a range of 504 km. The top speed will be 196 km/h.

Pravaig Dynamics plans to launch the Pravaig Extinction Mk1 electric sedan in 2021. The company has set an annual sales target of 2500 units, with sales first beginning in Delhi and Bengaluru and then expanding to Mumbai, Chennai, Hyderabad and Pune among other cities. There won’t be a typical sales and service outlet business plan with the company operating via a leasing model where the user pays according to the usage.

The Pravaig Extinction Mk1 will be available only on a lease, and its pricing isn’t out yet. Sadly, the target market, at least initially, is going to be only corporate customers, like fleet operators and hotels, for instance. You won’t find a showroom to purchase the product and the company itself will reach out to potential customers and offer this electric car. Chauffeur service will also be available as part of the lease agreement if required. 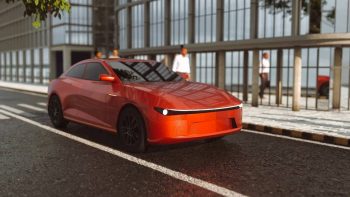