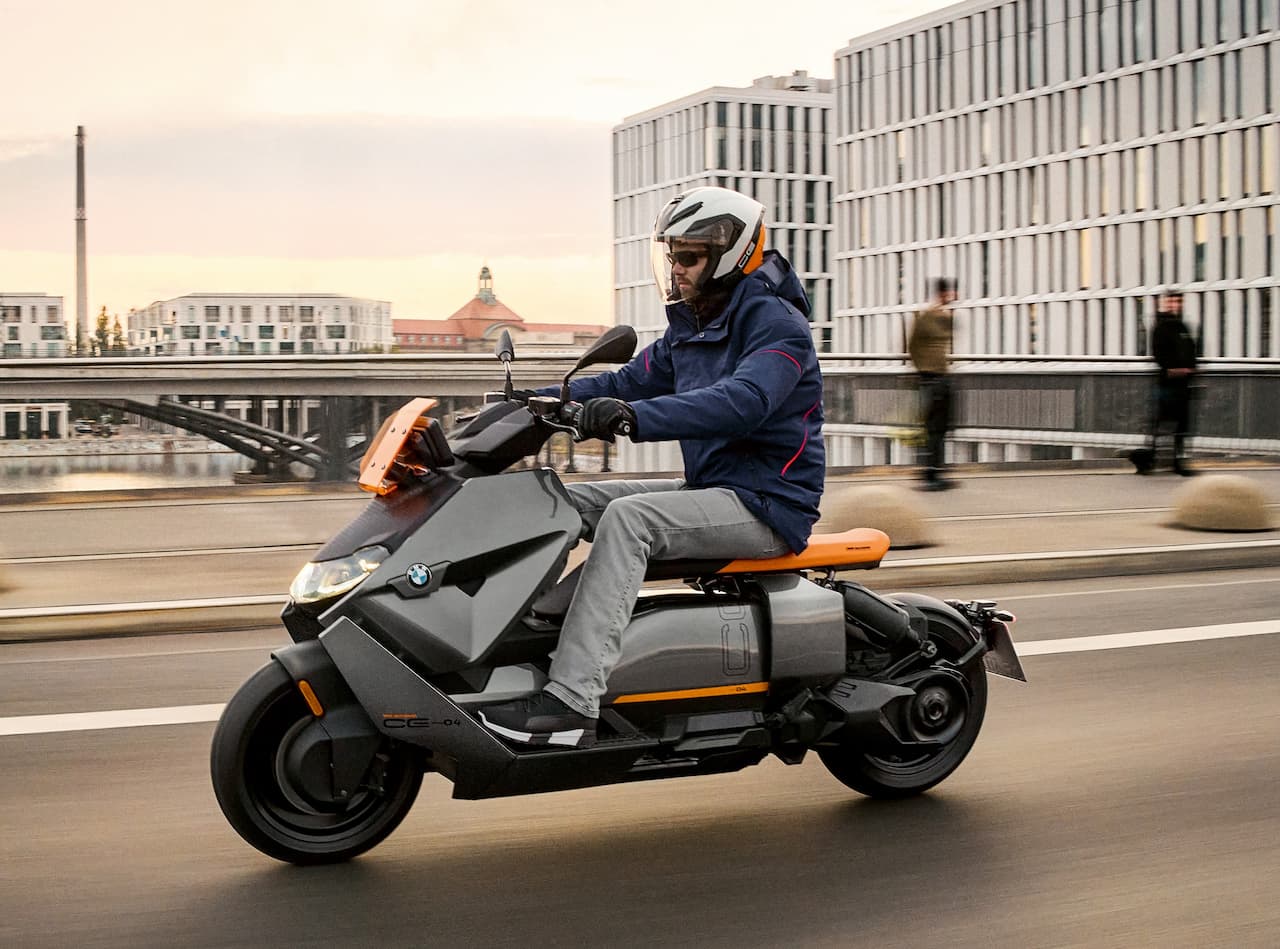 BMW has unveiled the all-new CE 04 electric scooter. Based on the BMW Motorrad Concept Link showcased back in 2017, the BMW CE 04 is an extension of the ‘near series’ Definition CE 04 model previewed in 2020. The CE 04 is the brand’s first all-electric scooter and previews BMW Motorrad’s future in urban mobility. The recommended retail prices for the scooter’s range start at £11,700 (UK).

The new BMW CE 04 features a thorough futuristic design, with matt black touches on the front and side body panels and the ‘floating’ theme seat. There is an Avantgarde Style version as a part of the ex works option, which comes with a Magellan Grey metallic paint scheme with orange touches on the seat and wind deflector at front.

The electric scooter benefits with a 10.25-inch TFT coloured display for the instrument console with an in-built navigation system and LED lighting all around, storage compartments in front and side and ventilated phone charging compartment with a USB port for charging.

The compartment on the side can accommodate a helmet and can be operated while seated on the scooter. Customers can have the CE 04 with adaptive headlight Pro and special light functions like “Welcome” and “Good Bye” provided as parts of the ex works option.

BMW offers six different types of seats with different contouring and backrest designs, with the seat height starting from 780 mm. In addition to this, there are water-proof top box solutions with storage capacity ranging between 25-35 litres. The BMW CE 04 comes with a 2-year guarantee, with a 5-year guarantee on the battery.

Along with the scooter, BMW has also made available a high-tech jacket, with several in-built gadgets connected directly with the scooter wirelessly. With this jacket, one can attend phone calls, customize the theme colour of the instrument console or shuffle between songs by just touching the wrist part of the jacket.

The BMW CE 04 is equipped with an 8.9 kWh battery, which uses the same battery cells as the BMW iX and is assisted by a liquid-cooled 31 kW (42 PS) electric motor. Like in a BMW 225xe Active Tourer, the motor is placed in the frame between the rear wheel and battery. The scooter can complete a 0-50 kmph sprint in just 2.6 seconds and a maximum riding range of 130 km (WLTP cycle).

The BMW CE 04 is also being offered in an L3e-A1 class version, which features a less powerful 23 kW (31 PS) electric motor, with the maximum riding range of this version being 100 km. Both the versions of the BMW CE 04 have their top speed capped at 120 kmph.

BMW is offering a 2.3 kW charging cable as standard for the CE 04. The scooter’s lithium-ion battery takes 4 hours and 20 minutes with a regular household socket and 1 hour and 40 minutes using an optional 6.9 kW fast charger. With this charger, the battery can be charged up to 80 per cent from 20 per cent in just 45 minutes and from 0 to 80 per cent in 65 minutes.

Like every other top-spec BMW Motorrad offering, the new BMW CE 04 is equipped with a host of modern-day safety features, such as ABS with dual disc brakes at the front and a single disc at the rear, automatic stability control and three different riding modes of ‘Eco’, ‘Rain’ and ‘Road’.

The European press was invited to ride the BMW CE 04 on Barcelona’s roads and here are some of their impressions. According to the Autocar report, after the maxi-scooter’s TFT screen displays ‘Ready’, you are ready to get going. Eco, Rain and Road riding modes are standard. There’s an optional Dynamic Package that adds a sporty Dynamic mode, adaptive headlamps with cornering lights and the package makes rider aids like ABS and traction control become lean-sensitive. This gives the rider enhanced safety even while going around corners.

According to Autocar’s first impressions, every riding mode brings about different levels of sensitivity to the throttle and brake generation characteristics. For example, there’s aggressive engine braking in Eco mode and acceleration response relatively dull. Road mode makes the throttle reactive and engine braking is more gentle. The report also says that riding the BMW CE 04 is effortless and easy. Riders end up leaving most other motorists far and away in the rear-view mirror. After 40 miles of riding hard, the BMW CE 04 still showed 37 miles range left on Autocar’s test ride.

Cycle World had similar impressions. The review stated that despite the seemingly heavy 231 kg kerb weight, the BMW CE 04 feels light on its feet thanks to a low centre of gravity — the battery module is placed low down in the chassis. Thanks to the instant torque, the CE 04 responds with immediacy. Customers can ride in the city and barely even touch the brakes thanks to strong brake energy recuperation. Wind protection is not great on the standard bike. But customers can spec it with a taller screen, heated seats, heated grips and cornering lights.

At Milipol 2021 in Paris, France, BMW Group took covers off the BMW CE 04 police variant. The police variant packs a slightly less powerful, 30 kW (41 PS) motor but the same, 8.9 kWh battery pack. The top speed and range are identical to the civilian variant: 120 km/h and 130 km.

The BMW CE 04 police variant comes in a special livery. More importantly, it’s possible to specify it with unique features like LED flashing lights in the front, an LED beacon in the rear, a siren, an authorities case, and an additional switch for controlling the light and sound signal components.

Manufacturing of the CE 04 is at the BMW Group Plant Berlin in Germany. The company started production of the electric scooter on 8 November 2021.

What is the maximum riding range of BMW CE 04?

What is the release date of BMW CE 04

The CE 04 is expected to hit the showroom floors in a few weeks. 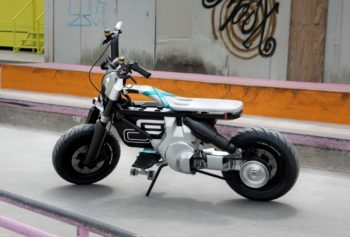 The BMW CE 02 will make its public debut at the IAA Mobility 2021 in Munich.