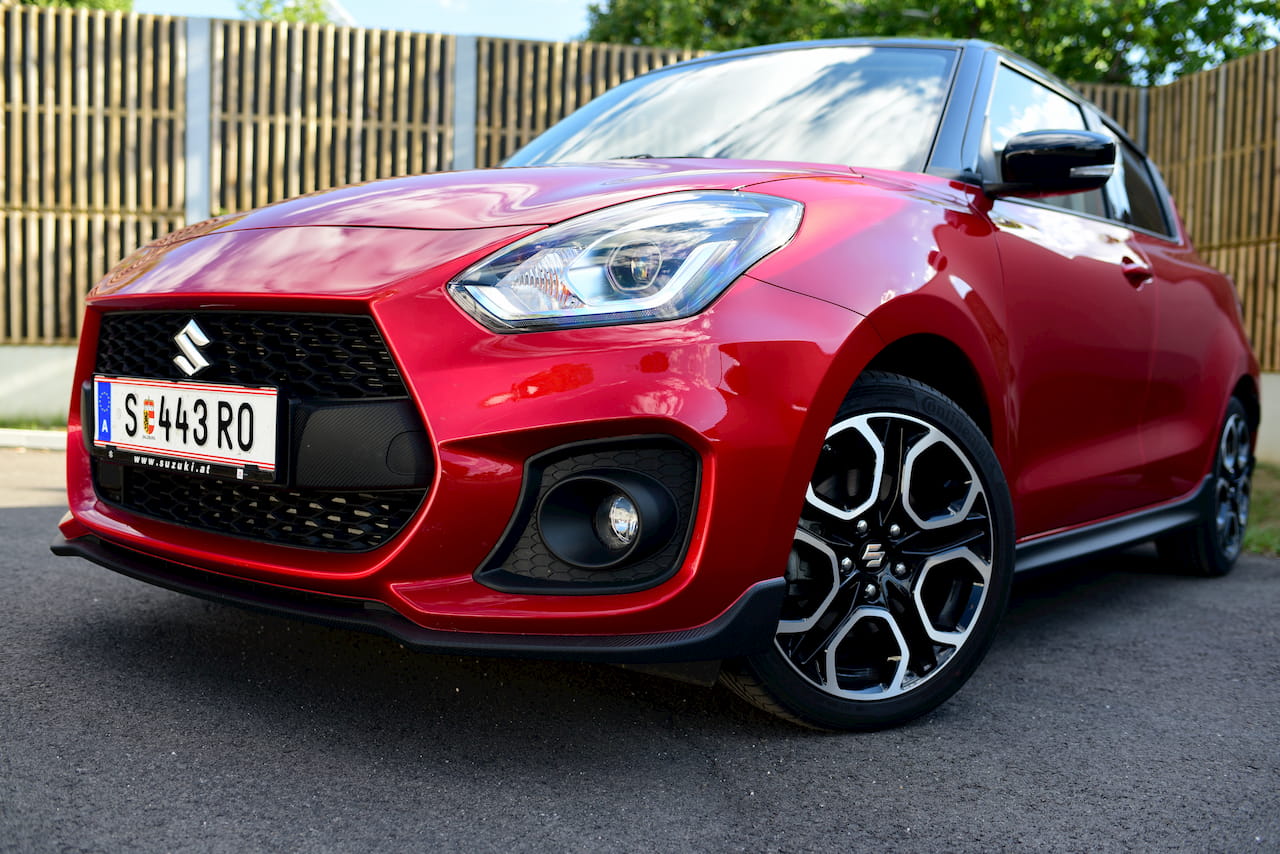 Update – Thanks to our friend Raphael Gürth from Austria, we have 20 new photographs of the new Swift Sport. Look for the new gallery below the story.

At the start of the year, Suzuki introduced a freshened version of the Swift Sport and for the first time with a 48V hybrid system in Europe. The availability of the vehicle is being expanded across the continent, with its launch in Portugal. Here are photographs released by Suzuki paired with detailed information.

With the adoption of this technology, the new Swift Sport offers a combination of good fuel economy and a sporty character. The onboard electrical system on one hand manages to reduce consumption and CO2 emissions which now stand at 5.6 litres/100km in combined cycle and 127 g/km (WLTP). On the other hand, it offers quicker acceleration, thanks to an onboard function which triggers the ISG electric motor/generator to provide torque to the combustion engine during acceleration until the turbocharger spools up.

The SHVS system consists of three main components: a 48V electric motor/generator called ISG (Integrated Starter Generator), a 48V lithium-ion battery and a 48V-12V DC/DC converter. The voltage is increased to 48 compared to the conventional 12V.

In addition to being simple and economical, the Suzuki SHVS hybridization only increases the weight of the vehicle by 45 kilos. With a total kerb weight of 1,020 kg, the new Suzuki Swift Sport 1.4L Mild Hybrid is one of the lightest hot hatches in the world. And that results in greater agility, braking capacity and allows quick change of directions, as per Suzuki.

Along with the autonomous emergency braking system with pedestrian detection, lane change alert and the anti-fatigue alert that already available in the previous model, the new model adds blind-spot detection, Rear Cross Traffic Alert and Traffic Sign Recognition which further enhances the safety of the driver.

The new Swift Sport adds three new two-tone colour variants. These include orange, blue and red bodywork contrasting with a ‘Super Black Pearl’ tone on the roof and exterior mirror caps. It is also available with light 17 ”alloy wheels that have been developed using flow forming techniques to achieve a sturdy and compact design.

The new Swift Sport maintains the current instrument panel, which incorporates a 4.2-inch colour LCD centre screen and shows all kinds of information, including oil temperature and even a turbo boost pressure gauge. It comes with a plethora of convenience features such as keyless start, heated seats, automatic climate control, tyre pressure sensor, tinted windows, touchscreen with USB ports, electrically foldable mirrors and a multifunction leather steering wheel among others.

It has a 7-inch touch screen multifunction with Bluetooth to enabling hands-free calls. This multimedia system is compatible with Apple CarPlay, Android Auto and Mirrorlink.

The New Suzuki Swift Sport is available for 25,222 euros (Portugal) and comes with a metallic paint finish. Customers can avail a discount which further reduces the price to 23,222 euros as part of its special launch campaign. For those seeking more efficiency, Suzuki will introduce a ‘strong’ hybrid in Europe this year with the incoming Suzuki ACross (rebadged Toyota RAV4 hybrid).

There is no shortage of web reports about the launch of the Swift Sport in India, and that Maruti could exercise the relaxed import norms that allows 2,500 units to be brought to the country without rehomologation and sell them through its NEXA outlets targeting enthusiasts and driving lovers. At this time, the launch seems a distant possibility as the Swift Sport is not built to a price that India would pay for a hatchback regardless of how impressive it is on the road or track.