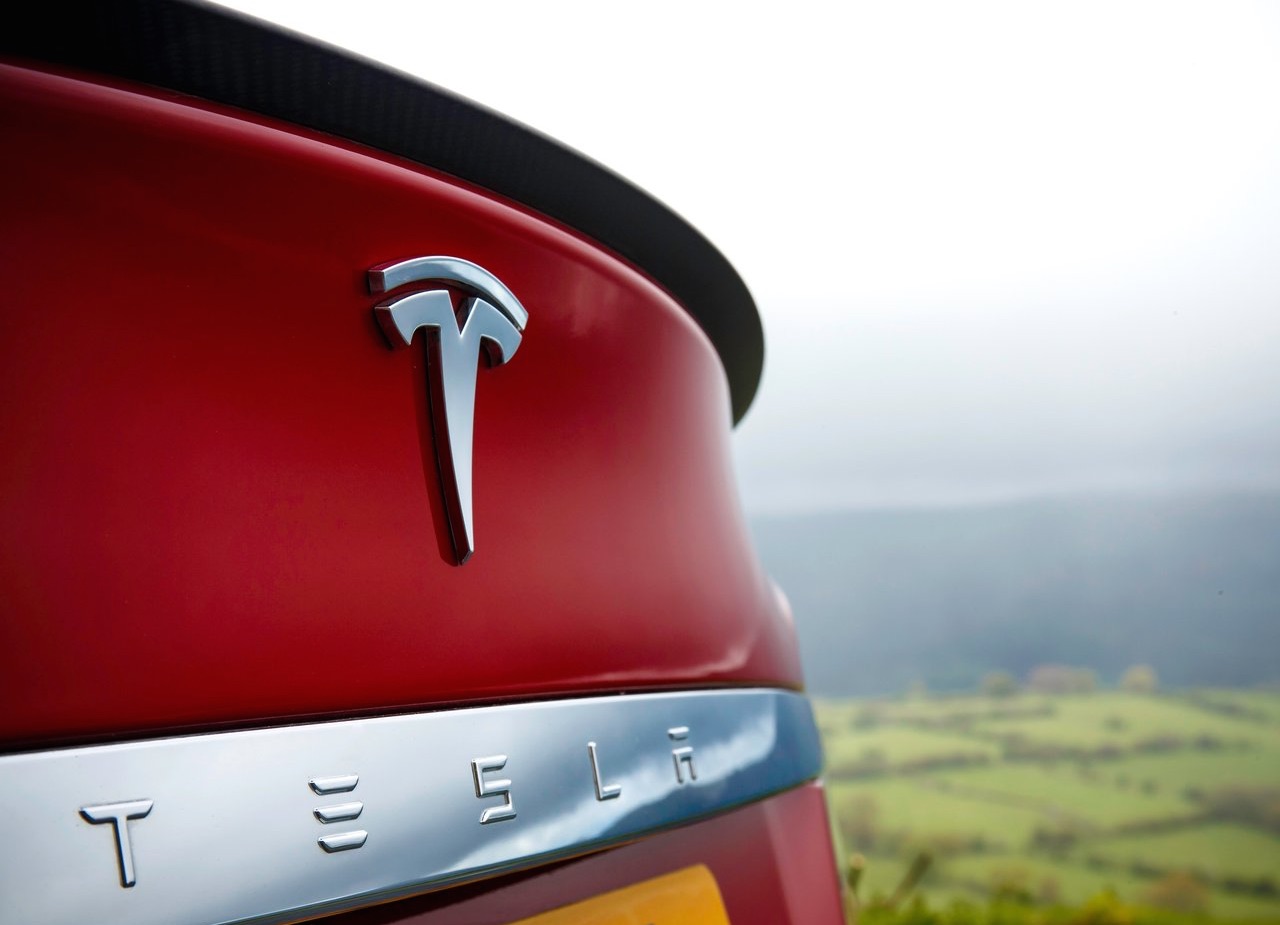 Instagram handle NCRSpottings earlier captured a Tesla Model X in Delhi, and seeing this product on Indian roads, we thought it would the right time to discuss about the prospects of Tesla in India. Tesla’s founder Elon Musk has confirmed that the Tesla India launch is programed in 2021 and that the Tesla model configurator would go online around January.

That said, Tesla would have to develop and locally manufacture cars smaller than the Model 3 to drive the mass adoption of Tesla in India in the personal car segment.

Instagrammer Pratik Srivastav has captured the Tesla Model S and Model X on the Indian roads of Mumbai. The Teslas in India are private imports that belong to the rich and famous.

Tesla Model S & X – Among the safest cars in the world

The Model S and Model X are engineered to be the safest cars on the road and to have the highest ratings from the U.S. National Highway Traffic Safety Administration (NHTSA), with Model X becoming first and only SUV to ever receive a 5-star safety rating in every category and sub-category. Recently, Model X received a 5-star safety rating from the European New Car Assessment Programme (Euro NCAP). Model X achieved a near-perfect score in the Adult Occupant Protection category, scoring a full 8 out of 8 points on the Frontal Offset Deformable Barrier test, and 16 out of 16 possible points on the Side Impact tests.

Introduced in June 2012, the Tesla Model S is a five-door liftback sedan. It maybe an eight-year model now, but it is still a beloved rare sight in India. With only a handful of Tesla models in India, any Tesla on the road is considered to be a lucky spotting. Being a sedan, the Model S is even rarer than the Model X.

The blue Tesla Model S in the image is the now-discontinued-P100D variant reportedly owned by Mr. Mukesh Ambani, the Chairman & MD of Reliance Industries Limited and the country’s richest person. This is the only Tesla Model S in India seen so far. Media reports suggest that this Tesla in India was shipped to the business tycoon in March 2019.

The Tesla Model S is an all-electric rival to executive luxury cars sold in India like the Mercedes E-Class, Audi A6, BMW 5 Series, etc. The E-segment EV is manufactured exclusively at the Fremont factory in the State of California, USA. However, for orders shipped to Netherlands, Germany, France and Belgium, the final assembly takes place at the Tilburg factory in the North Brabant Province, Netherlands.

The Tesla Model S can easily take on some of the best luxury cars in India with its really advanced electric powertrain and other technologies. However, launching a Tesla in India at a competitive price would require some level of localisation. Currently, there’s no plan for a Tesla India factory.

The Tesla Model S holds the same level of significance in the luxury EV space held by the Nissan Leaf in the case of budget EVs. Featuring a super-sleek design that’s almost as appealing even eight years later today, the American electric car boasts some promising figures such as a 0-60 mph (0-97 km/h) acceleration time of just 2.3 seconds, a 163 mph (262 km/h), EPA-certified range of 402 miles (647 km), etc. Needless to say, the performance figures apply to the range-topping configuration. The top-end Tesla Model S price in the USA is $94,990 (INR 70.91 lakh). The base Tesla Model S, which is the one to offer the 402 mile-range, costs $74,990 (INR 55.90 lakh). Both are all-wheel drive configurations. Detailed specifications have been covered further below in the story.

All-glass roof, 17-inch central touchscreen, flush door handles, air suspension, HEPA air filtration system and Autopilot are some of the other highlights of the Tesla Model S. Autopilot is Tesla’s branding for its autonomous driving technology suite, which is currently at Level 2 (SAE J3016). The famous ‘Summon’ feature (video above) that allows the driver to automatically retrieve their Tesla using the paired smartphone is a part of Autopilot.

One might say from the looks of it that the executive electric SUV basically a jacked-up, ballooned out Tesla Model S. Well, that’s probably what it is, but in Tesla’s defence, in the best possible iteration of it. It has been nothing but an absolute success for the company!

The Tesla Model X’s biggest talking point is Falcon Wing doors (video below). The double hinged doors ensure that entry and exit for the rear-seat passengers is really easy and that it’s always made with a style. Automatically opening and closing front doors similarly, but in no way to the same extent, make ingress and egress convenient and futuristic for the driver and front passenger.

The Tesla Model X may not look like it can pack three rows of seats from the outside, but it does. It can be had as a five-seater, six-seater or a seven-seater. A huge panoramic glass roof covers the first two rows, giving occupants a panoramic view outside. The aforementioned HEPA filter system ensures they breathe medical-grade air in the cabin regardless how polluted the surrounding environment outside is. Similarly, a 17-inch central touchscreen that allows controlling almost all the functions of the vehicle and Autopilot are also included in the Tesla Model X features.

Like the Tesla Model S, the Tesla Model X is an AWD EV. It can accelerate from 0-60 mph (0-97 km/h) as quickly as in 2.6 seconds and attain a top speed of 163 mph. Its most efficient configuration has an EPA-certified range of 351 miles (565 km). In the USA, the Tesla Model X price is available in Long Range Plus and Performance variants, at a price of $79,990 and $99,990 respectively. Like the aforementioned sedan, it is manufactured exclusively at the Fremont plant, with the final assembly for select European markets taking place at the Tilburg plant.

What is the price of an imported Tesla Model S in India?

For those wondering what would a Tesla cost in India via private import, the answer will be in eight digits. Autocraft Customisation, the company which imported a blue Tesla Model X 100D for a customer in August 2018, had said then said on facebook.com that it was quoting a price of INR 1.85 crore onwards for Tesla Model S and Tesla Model X.

While India has no shortage of crorepatis, seeing a Tesla in India a rarer occasion compared to spotting a Lamborghini or even a Rolls-Royce. The ownership of Tesla EVs can become a risky gamble in the event of an accident or any other damages. Finding replacement parts locally would be virtually impossible right now and even if an owner shells out a hefty sum for importing them, getting a reliable service centre for the fix could be a problem because these models are sophisticated electric vehicles. Any technical issues, breakdowns or other possible mishaps could prove a nightmare for the owner.

If Tesla commissions an assembly line in Maharashtra, Karnataka or Gujarat as it is reported in the media, the price of the basic Model 3 could hover at the Rs 45 lakh mark, putting it within reach of customers of Mercedes-Benz, BMW and Audi entry level saloons.

Tesla is unlikely to offer autonomous cars and robotaxis in India due to government’s stance on driverless cars.

Tesla, or any other automaker for that matter, is highly unlikely to offer autonomous driving technology or its robotaxis in India. India may be enthusiastic about autonomous vehicles but the infrastructure is not ready.

There’s also the factor of what India’s policy makers or the government make of autonomous driving technologies. Mr Nitin Gadkari, Minister of Road Transport & Highways, and MSMEs, for instance, said he would not allow driverless cars, protecting jobs in the chauffeur and cab driver sector.

As much as Tesla would love to offer autonomous cars in India, we don’t see that happening anytime soon.

When is Tesla launch in India?

Tesla’s CEO Elon Musk has announced that the brand would launch in the country next year.

While the Tesla Model 3 was the company’s first model for which pre-orders were accepted from customers in India, the Tesla Model Y being an SUV would be a more suitable model to enter our market. A smaller Tesla model (unofficially called the Tesla Model 2) is being developed for a launch in 2023, and it could hold good potential for our market given its size and target price.

Tesla is reported to be planning a small R&D centre in India where some part of the future Tesla’s product development could be completed.