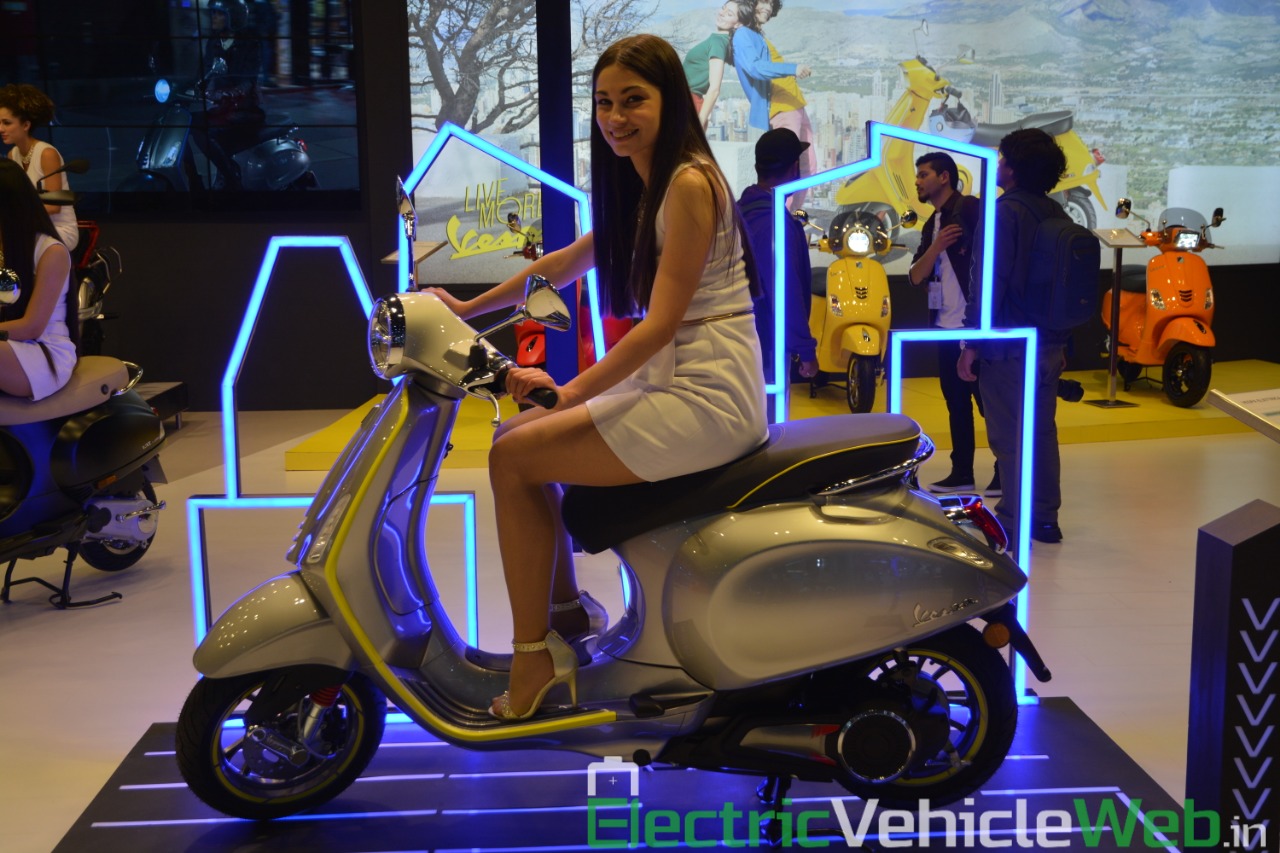 Piaggio Group plans to launch the first Vespa electric scooter in India next year, as per a report from TOI. Sudhanshu Agarwal, VP (sales, domestic and international business), Piaggio Group told the newspaper last Wednesday that the first Vespa electric scooter for India will be based on the Vespa Elettrica. While the global specification of the premium electric scooter is not arriving in India, its design and features could inspire model developed for our market. The company will design and engineer the Indian model taking the local conditions into account, he added.

After Piaggio Group showcased the Vespa Elettrica in India at the Auto Expo 2020, it looked like the high-end Vespa electric scooter was en route to showrooms.

In September 2020, it emerged that that Piaggio Group had no immediate plans to enter the two-wheeler EV segment but would investigate the full localization of the powertrain of the Vespa electric scooter. When the market conditions were suitable, it would launch an electric scooter and in the meantime, the supply chain for electric vehicles was expected to be made stronger so that there would be less dependence on China for sourcing the scooter’s electrical and electronic parts. Piaggio Group has launched an electric vehicle in the Indian three-wheeler segment and is coming with a second product there.

With the growing changes in the electric two-wheeler eco-system Piaggio India is in the process of introducing innovative Electric -mobility solutions in India keeping the local consumer in mind. We are exploring multiple platforms for designing Electric-mobility solutions for India.

While the Elettrica was to serve more as a laboratory of the electric scooter market, it also emerged during the Auto Expo that the company was working on a low-cost Vespa electric scooter with Indian sensibilities similar to models like the Ather 450X, Bajaj Chetak and TVS iQube, with a plan to launch it by end of 2022.

Graffi had an interaction on the web with moneycontrol.com and spoke briefly about the Vespa electric scooter project in September last year. He said current Vespa models feature in-house design and technology and that the same principle would apply to the electric scooter. Graffi added that unlike a few companies, Piaggio would not source the powertrain from another vendor and that it is “looking” for the right powertrain for Indian market.

Talking about the Vespa Elettrica from Italy, it gets a 4.3 kWh battery pack and a 4 kW motor that offer a range of 100 km per charge. The e-scooter takes four hours to be completely charged and is also equipped with the Kinetic Energy Recovery System (KERS).

The Elettrica features a 4.3-inch colour display that supports Vespa Multimedia Platform and offers information like speed, range, charge level and status, Bluetooth notifications and more. There are two riding modes – Eco and Power. The floor of the Elettrica is not completely flat, unlike the scooters that we have gotten used to here.

The premium Vespa electric scooter is priced at around INR 5.5 lakh in Italy and would have been exorbitantly expensive even if it was launched in India.

We’ll keep an eye on the Vespa electric scooter plans, and be sure to check back later for updates. 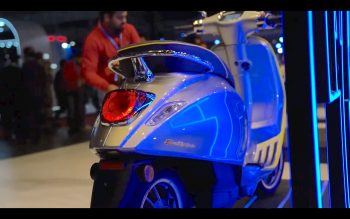 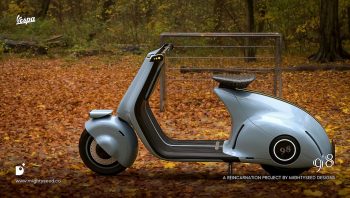