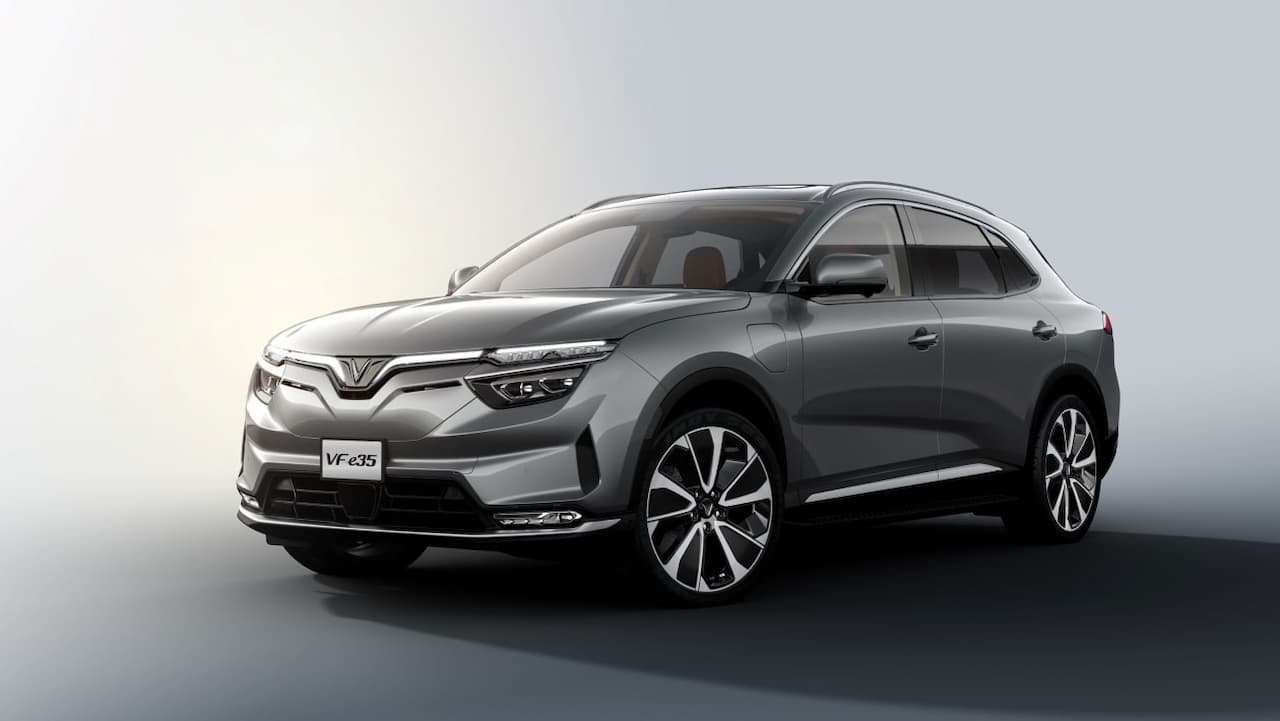 The United States will get an all-new electric vehicle company in Vietnam-based VinFast, which is part of Vietnam’s largest conglomerate, the Vingroup. The VF e35 celebrated its debut at the 2021 Los Angeles Auto Show on 17 November 2021. Alongside the VF e35, we know that VinFast will also showcase the VF e36 (an electric seven-seat SUV), which too is bound for the American market.

Here’s what we know about the VinFast VF e35 electric SUV.

The VinFast VF e35 will mainly rival the Tesla Model Y and VW ID.4 in terms of its size (five-seat electric crossover), though being a new brand, the VF e35 could undercut its American and European rival on price. For reference, the entry-level ID.4 has a USD 40,000 starting price, and the VF e35 could slip under this price point.

The VinFast VF e35 was designed by Italian specialist Pininfarina. It sports a prominent SUV design with a distinct ‘V’ contoured between the headlights. At the rear, the ‘V’ makes its presence known but in the form of a light bar.

Features on the VF e35 will include a 15.4-inch touchscreen infotainment system (there won’t be a driver instrument cluster), panoramic glass roof, LiDAr sensors with 14 cameras, and 19 360-degree sensors with an Nvidia Orin X chip to enable Level 3 autonomous capability.

Heading to the U.S. next year

According to a report on Reuters, VinFast CEO Michael Lohscheller said that orders for the VF e35 will start in the USA in the first half of 2022, and deliveries will commence towards the end of the year. VinFast will begin delivering electric vehicles in Vietnam later this year, he said. Initially, the carmaker targets opening 60 showrooms in the USA next year, though according to the Reuters report, most sales will happen online.

The Vinfast VF e35 will feature a battery rental program. Buyers of this model, when it becomes available, can make the switch to an advanced battery in the future. The Vinfast VF e35 price has not been announced, but expect it to come in at USD 50,000 – USD 60,000.