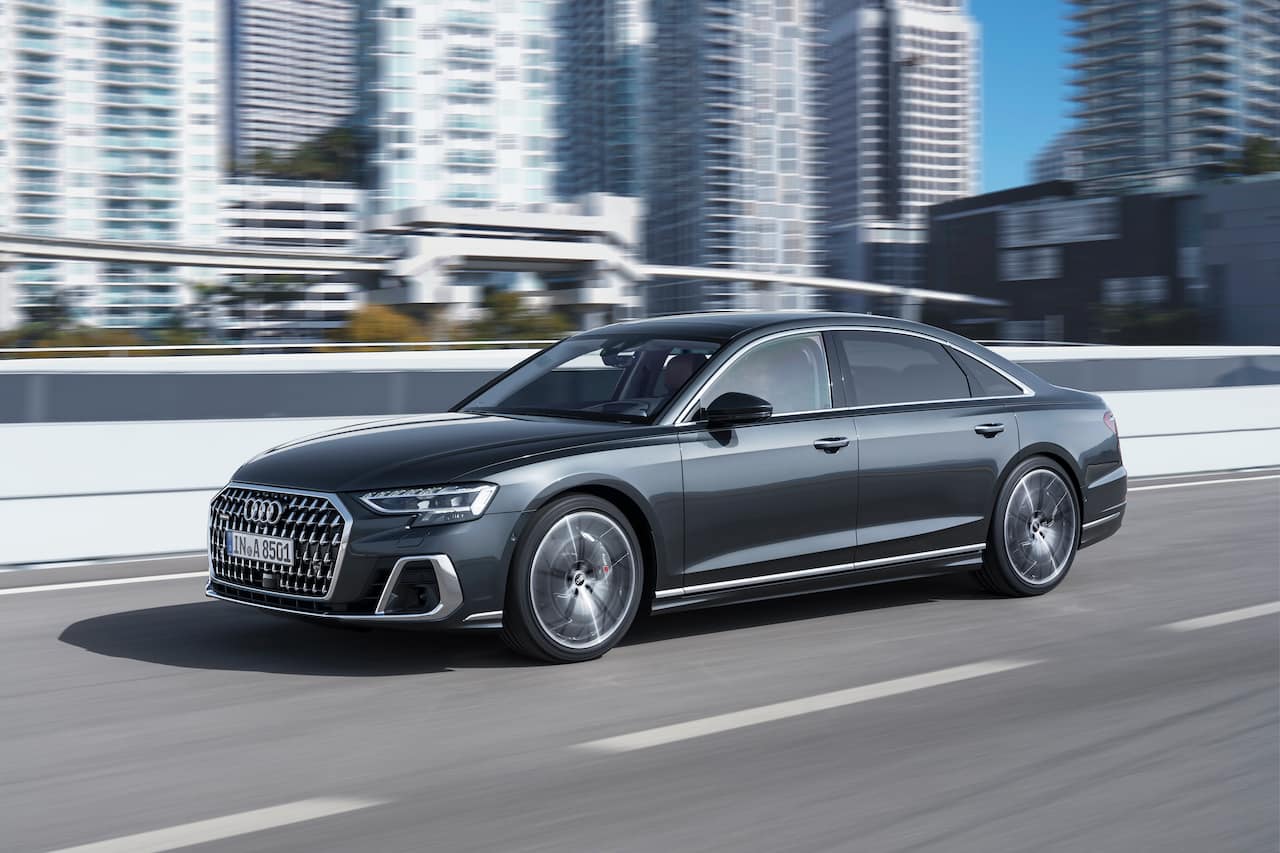 The fourth-gen Audi A8 turned four in July 2021 and the luxury limo received its mid-life facelift in the second half of the year. The updated vehicle begins arriving at dealer showrooms in the UK this March.

The new exterior design makes the A8 look slightly more expressive and premium. Audi has widened the base of the Singleframe grille and used new chrome angle inserts in the grille. The company has redesigned the headlamps by giving its lower edge a small extension and changing its graphics. There’s a strong influence of the new A4 revealed in May 2019 in the headlamps. The side air intakes are more upright.

The A8 gets a refreshed styling with six new alloy wheel designs. At the rear, Audi has tweaked the tail lights and the thin light strip connecting them. Inside, the company has taken a U-turn on the unconventionally designed two-spoke steering wheel, replacing it with a simpler three-spoke steering wheel. There’s a new rear-seat entertainment system comprising two 10.1-inch full-HD displays.

Like the S-Class and its Mercedes-Maybach variant, the A8 range now includes an extra long-wheelbase version slotted above the long-wheelbase version. The A8 L Horch is 13 cm longer than the 5.45-metre-long A8 L, and it’s exclusive to the Chinese market. The Horch name signifies one of Audi’s predecessor car companies, founded by August Horch.

Exclusively designed Singleframe with vertical braces, extra chrome applications, a Horch emblem on the C-pillar, unique wheels in “H crown” design, a specific light signature on the rear, and two-tone paint distinguish the exterior of the A8 L Horch. Inside, the extra-luxurious variant sets itself apart with diamond quilting, logo embossing in the cushions, and deep-pile floor mats at the rear. The relaxation seat of the A8 L, which offers a variety of adjustment options and a footrest on the back of the passenger seat, is standard in the A8 L Horch.

A 48-volt mild-hybrid system is standard in the 2022 Audi A8. As an option, customers will be able to choose a plug-in hybrid system, starting this year.

In brief, the A8 is also available as a Diesel engine; a plug-in hybrid model (PHEV) will follow.

Audi confirming the new PHEV variant during its announcement on 2 November 2021.

Road-testing of the new Audi A8 plug-in/A8 L plug-in is underway ahead of the launch later this year. New spy shots on China’s Autohome reveal what looks like the new A8 L plug-in hybrid (new A8 L TFSI e) prototype with the refreshed exterior. Besides the longer wheelbase compared, we see a flap below the left quarter glass, and that’s the location of the charging port. Audi may not have revealed the new PHEV yet, but it has revealed preliminary technical information.

The PHEV versions have 4 modes to choose from. In the “EV” mode, the A8 can be driven in pure electric mode. “Hybrid” mode strikes a decent balance between the combination of both drive systems, “Hold” mode will help conserve the available electric energy and the “Charge” mode enables the combustion engine to charge the battery. The maximum charging capacity with AC is 7.4 kW. Compact e-tron charging systems are available for the customers to be installed in the garages of their homes. Mode 3 cable could be used while you are on the road.

The outgoing A8 PHEV had an all-electric range of 29 miles (46 km). According to European media reports, Audi will be under pressure to extend the pure EV range of the luxury sedan, considering that Mercedes-Benz has raised the bar here to 100 km (62 miles) with S-Class PHEV, and BMW is also working on a similar target. More details about the 2022 A8 PHEV should emerge by March. An all-electric A8 has been ruled for the present D5 generation.

On the next-gen Audi A8

It looks like Audi is still to freeze the powertrain strategy for the next-generation A8, but that doesn’t mean the nameplate is going away. Asked in 2021 if there was a possibility of Audi discontinuing its luxury sedan, Duesmann said, “No, not as such. The A8 is an important model for us.” He added, “For us, the first Artemis model will also be electric in the luxury car (segment), and when it comes to the A8 successor, we will inform you in due time.”

The improved Audi A8 plug-in Hybrid model will be delivered to customers later this year.

The A8 rivals the Mercedes S-Class and BMW 7 Series, both of which are newer by the end of 2022, with better features.

The A8 facelift has a starting price of £74,985 in the UK. Prices of the PHEV variants are yet to be announced. 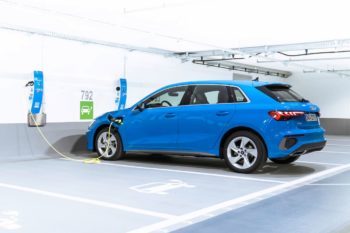