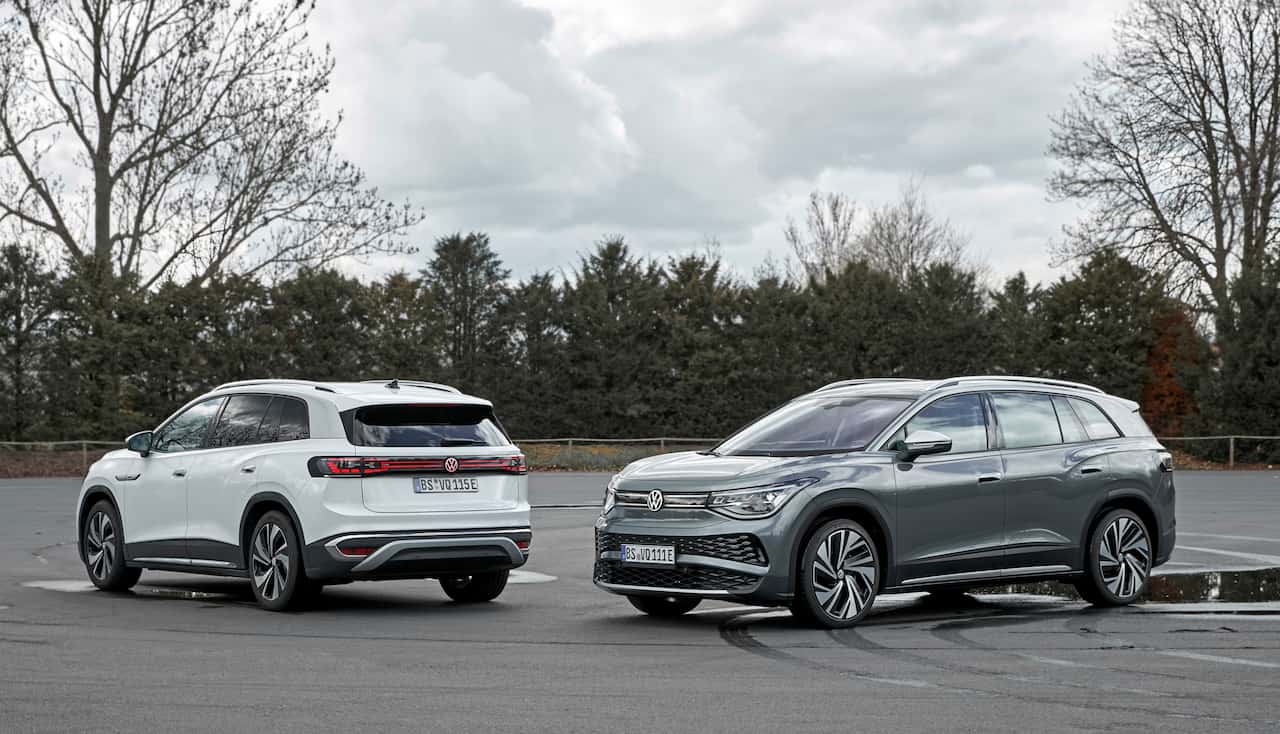 The VW ID.6 is currently a China-only model. However, eventually, it may turn available in other countries with an appetite for big SUVs, like the USA, Canada, and perhaps the Middle East, when EVs’ charging infrastructure and interest improve considerably.

Thomas Ulbrich, BoM member for Development, Volkswagen, indicated that a new EV-offensive was under planning when U.S. President Joe Biden proposed the USD 174 billion investment in EVs. It has motivated Volkswagen to rethink its electrification goals. The German automaker wants “to realign” to the Biden government’s EV strategy, Bloomberg quoted Ulbrich telling reporters in Munich. It is working on updating the EV strategy for the U.S., and it would take the final decision this year during its annual investment review. The revised EV strategy may include the launch of more SUVs, possibly even the VW ID.6.

Speaking to Autocar in December 2020, Ralf Brandstatter, CEO, Volkswagen, admitted the production VW ID. Roomzz (that eventually was launched as the VW ID.6) is for China at the moment. However, he said that Volkswagen is considering launching the ID.6 in global markets. Prior, a report from Auto Express had ex-VW sales boss Jürgen Stackmann indicating a U.S. launch after the Chinese market sales activation.

On March 17, 2021, Dr. Christian Dahlheim, Director Group Sales, Volkswagen Group, indicated in a presentation that there’s no plan to offer the ID.6 anywhere other than China at the moment. The above slide of his presentation showed the VW ID.6 as a China-only model.

We wouldn’t rule out the possibility of VW releasing the three-row electric SUV stateside in 2023 or later. Maybe the Germans want to wait for the production start of the first EV (VW ID.4) at the Chattanooga facility in Tennessee before taking a call on further MEB platform models that would be added to the U.S. model range. If so, we will have to sit tight until mid-2022 for the next update.

Volkswagen Group has launched two variants of the VW ID.6. There’s a VW ID.6 X from the SAIC-VW joint venture and a VW ID.6 Crozz under the FAW-VW JV (VW operates in China via its two JV partners). The functionality, design, space, and user experience of the VW ID.6, essentially a three-row version of the VW ID.4, are tailored for the Chinese buyer.

Both ID.6 variants come equipped with three rows of seats and the VW IQ.Light matrix LED technology. VW describes them as having “excellent aerodynamic design” with elements that reduce air resistance and wind noise. Here are the key features of the ID.6 revealed in the presentation:

The ID.6 is the first three-row SUV in the ID line-up, which comprises the ID.3 hatchback, ID.4 five-seater SUV, and is to be completed by the ID.5 sports crossover, ID.Buzz van, ID.Vizzion sedan, ID.Space Vizzion wagon and the MEB Entry models VW ID.1 & VW ID.2. These current and future vehicles are based on Volkswagen’s MEB electric platform as the brand aims to sell 1.5 million electric cars a year by 2025 worldwide.

If VW decides to take the ID.6 nameplate global, we think the ID.6 Crozz would be served to other markets. Compared to the ID.6 X, the Crozz has a slimmer grille that merges into the headlight cluster. Overall, it appears a bit more understated than the ID.6 X. Howeverthe ID.6 Crozz and ID.6 X are no different aside from the subtle styling differences.

The VW ID.6 X can be recognized immediately through its odd-looking headlamps, although the sides and rear aren’t much different from those of the VW ID.4 (including the VW ID.4 X). Even the faux grille designs are unique but just as bizarre.

What’s worth appreciating, though, is that Volkswagen has managed to keep the profile nearly as sporty as that of the five-seat model by giving a rear windscreen almost as rakish and a very similar sloping roofline. Moreover, the muscular haunches, the boxier greenhouse, and the wider dimensions give the pair of ID.6 cars a more SUV-like appearance.

According to a Reuters report, Volkswagen AG has delivered 5,800 ID. series vehicles in China in July 2021. This is up from almost 3,000 units in June 2021. A spokesperson, speaking to Reuters, said that Volkswagen has a sales target of anywhere between 80,000 and 100,000 ID. Series cars for 2021, and there is no indication of backing out of that forecast. The ID.6 is currently a China-only model, and alongside the ID.4, it is manufactured at two Chinese joint ventures. According to Reuters’ sources, the company is having a tough time starting up in China despite its ambitions for the ID. series to overtake Tesla.

According to a report on autohome.com.cn, the FAW-Volkswagen offers its customers free charging for a year along with free lifetime maintenance and roadside assistance services. These make the ID.6 Crozz a fairly lucrative offering. Additionally, with the ID.4 off to a rocky start in China, the ID.6 is coming under serious pressure to meet sales targets. However, considering the smaller number of competitors in the three-row SUV segment, it could find the going easier. In July, a post on the company’s Weibo account showed the delivery ceremony held for the ID.6 Crozz’s first units.

The EV comes in five versions – Pure, Pure+, First, Pro and Prime. Based on its price, the VW ID.6 competes with variants of the Nio ES6, Tesla Model Y, and the BYD Tang EV.

A new report from Business Insider (via MSN) says that Volkswagen is considering launching the ID.6 in European countries. A discussion regarding the matter is ongoing, and a decision could come in a few weeks. If the launch gets the green signal, the ID.6 would arrive from China. Expect Volkswagen to launch the ID.6 Crozz, which FAW-Volkswagen makes at the Foshan plant. The company expects to sell some 15,000 units annually and approximately 80,000 units in a five-year cycle, as per the report.