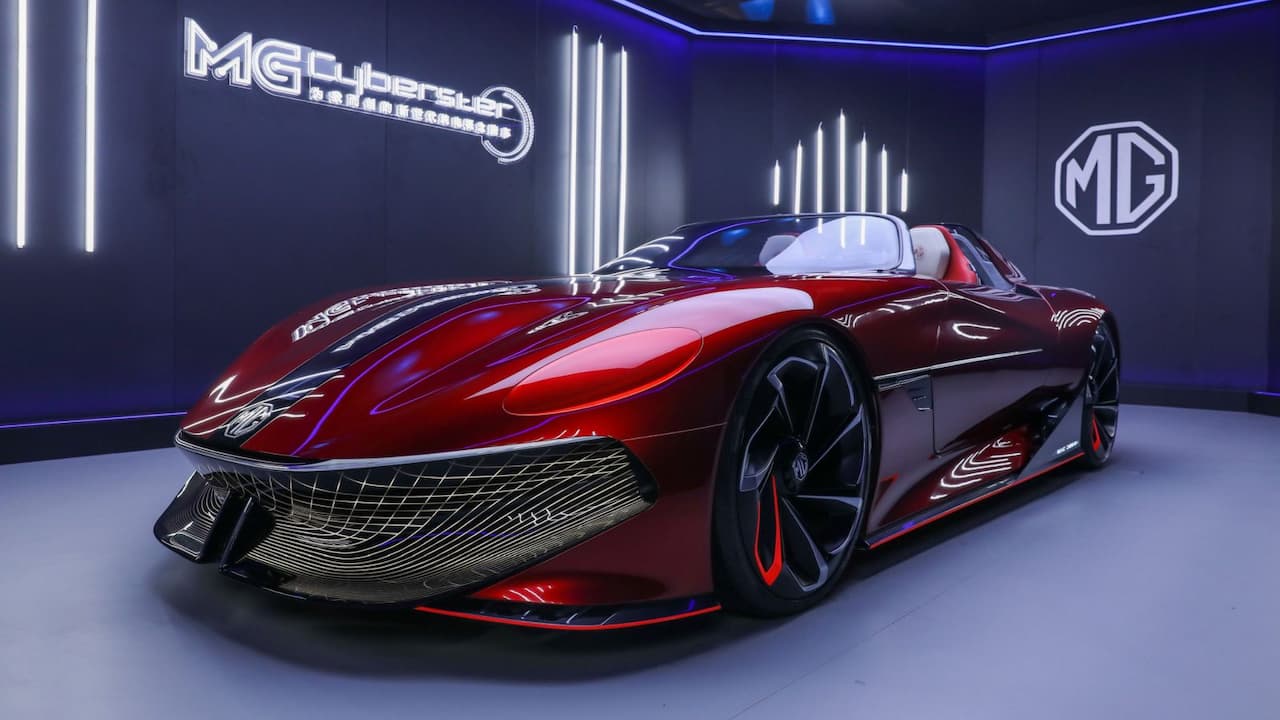 At the 2021 Shanghai Auto Show, MG showcased its vision of a two-seater sports car in the form of the MG Cyberster concept. To celebrate MG’s centenary (2024), the brand is looking to fast-track the production Cyberster, an ‘affordable sports car’ for enthusiasts according to an Autocar report dated February 7, 2022.

In April 2021, CarAdvice reported that the MG electric sports car will be available in both left-hand drive and right-hand drive, meaning British customers can look forward to the launch. The information was communicated to the publication by a spokesperson for the brand. Readers from Australia and New Zealand would also be enthused by this development.

Take a look at what we know about the upcoming MG electric car:

Contents hide
1. Design
2. Interior
3. Specifications
4. MG Cube program launched for the production of the Cyberster
5. Is the MG Cyberster electric sports car the MGB of the 2020s?

The MG Cyberster is a two-door, two-seater electric sports car concept, which the company says takes a few design cues from the MGB roadster. The production version won’t look radical and dramatic like the concept, patent images have revealed.

The concept version featured extremely short overhangs, but that won’t be the case in the production version. Plus, unlike the show car, it will feature a roof, most likely a fabric that folds out and goes back in electrically. Sadly, MG hasn’t gone for a flattish rear deck as Nissan did for the Z; there’s a clear break between the tail section and the roof. The profile reminds us more of the simpler-looking Z4 from BMW and MX-5 from Mazda instead.

MG will use hidden door handles to avoid breaking the smooth and clean look of the doors. The wheels will be smaller, obviously. Another unsurprising change will be the addition of mirrors.

At the front, the production MG Cyberster will have a redesigned hood, conventional headlamps (also reminiscent of the BMW Z4), and a less aggressive grille and bumper. At the rear, the road-ready version will have wider arrow-shaped tail lights and a slightly simpler bumper.

Inside, the Cyberster gets a ‘digital fibre’ cockpit with the driver and passenger’s space separated with a high tunnel joining the dashboard. Other features on the Cyberster include intelligent driving modes, ‘active-upgrading’ technology, 5G connectivity, and level 3 autonomous driving capability. The production version will feature a toned-down interior and may not have all the fancy equipment shown in the concept.

MG indicated in their press note that the year 2024, which marks the 100th anniversary for MG, would be a symbolic year to show the connection between the old and modern MG. However, MG UK’s design head Carl Gotham told Autocar that the production version will wear a more ‘toned down’ design compared to the concept. He added that the new electric sports car will capture the brand’s sports car DNA and also be technologically advanced.

The MG Cyberster concept features a module-less battery technology with a claimed 800 km (497 miles) range. While the company did not release the specifications, MG says the electric sports car can do the 0-100 km/h (62 mph) in less than 3 seconds. The specifications of the production car would be much more conservative than what is represented in the concept. This is in the interest of cost and to make the car more affordable for consumers.

MG Cube program launched for the production of the Cyberster

The production version of the Cyberster was confirmed at the 2021 Shanghai Auto Show and according to Autocar, MG’s crowdfunding campaign has managed to rope in 5,000 prospective buyers. The buyers signed up for the marque’s Cybercube initiative which delivers production-related updates, progress reports, and other details about the EV to keep its customers informed.

MG estimates the production of Cyberster to be a CNY 1 billion (GBP 122 million) project, and it set a target of receiving 5% of that amount — CNY 50 million (GBP 6 million) — from its crowdfunding programme. MG has reached its aim of having 5,000 shares to start productions of the Cyberster, with each share priced at CNY 1,000 (GBP 122). The campaign was open till July 31, 2021, and the shares can be used as a deposit towards reserving the Cyberster.

Is the MG Cyberster electric sports car the MGB of the 2020s?

The release of the Cyberster concept leads to a question – could this become the spiritual successor to the classic MGB sports car of the 1960s? Don’t dismiss this as wild speculation as one of the influential design bosses at SAIC had expressed the desire to have a roadster, and an electric one at that, just 3 years ago.

“This is my desire. I would love to have this type of car for MG again,” Jingfeng told Australian publication Drive.com.au, which reported the interaction in a story titled ‘MG B roadster to be revived.’

Drive.com.au reports that the designer admitted the skateboard-style platform underpinning the E-Motion could be downsized to create the base for the battery-powered convertible. He is reported to have conceded that MG would need a smaller battery pack to preserve the handling, but that wouldn’t bother customers in this segment as sports cars are usually driven shorter distances and used less frequently than a family car.

“I will try and convince the management we can do this car,” he signed off. 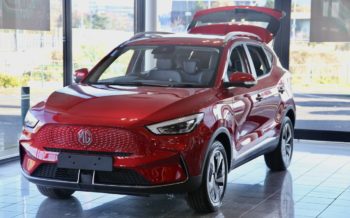