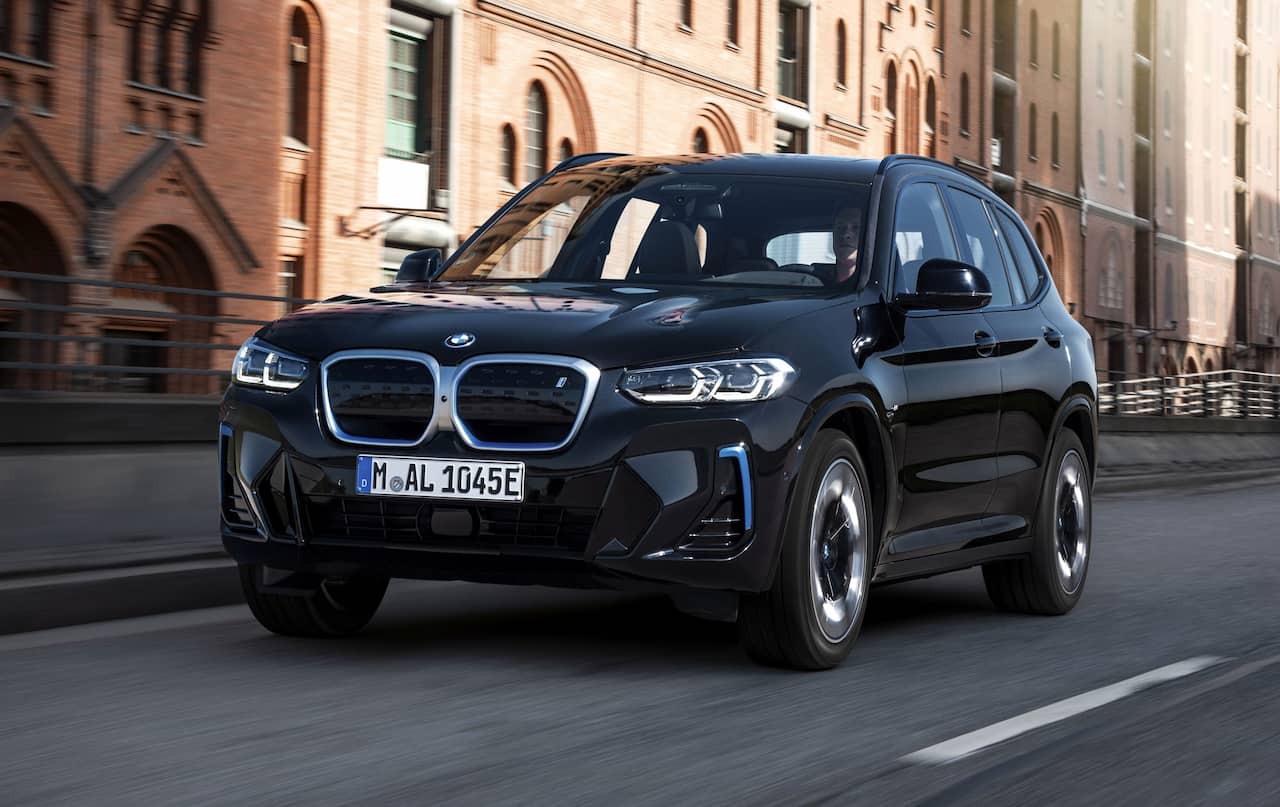 It’s been about a year since BMW launched the fully electric iX3. However, BMW already has a facelift ready. All set to hit UK showrooms in December, the iX3 gets more than a makeover as the Bavarian automaker brings the SUV’s design in line with the conventional X3 siblings.

The 2021 BMW iX3 gets a number of styling tweaks to its exterior, and while mechanicals remains unchanged, the interiors do get new features.

As mentioned above, BMW has updated the iX3 to match the design language of its facelifted ICE counterparts. For one, the iX3 now gets the M Sport package as standard. The first design tweaks noticeable is the larger grille, the slightly slimmer headlamps and the new bumper.

The grille now has a new mesh-like insert, and the headlamps feature Matrix LEDs as standard. There is also the Laser Tech as an option.

The lower intakes have grown in size and provide a ten-stage active air flap control to cool drive components. The air curtains are positioned at the outer edges and, with the familiar blue accent, now get an L-shape. The air breathers on the side panels get an M-specific design. The iX3 rides on 19-inch alloys as standard, and a panoramic sunroof sits at the top.

The diffuser sits slightly lower in the back thanks to the M Sport package, and outer elements get the i Blue treatment. The all-LED tail lamps are marked out by black surrounds. It also gets a new three-dimensional pincer-shaped contouring integrating horizontal turn signal indicators.

Stepping into the iX3, a few more changes can be seen. The SUV now gets sports seats as standard. A fully digital 12.3-inch digital display sits in front of the driver while the infotainment system has been upgraded and comes with a host of features, including BMW Maps navigation system. The new BMW Operating System 7 adds a host of functionality, including over the air updates, and adds in five different control methods – Control Display touchscreen, iDrive controller, multifunction buttons on the steering wheel, voice control and BMW gesture control. “Hey BMW” will activate the personal assistant that can be used for various requirements such as switching on the seat heating or for navigation.

In addition to this, the M Sport Pro package adds in a keyless go feature, the BMW head-up display, Harmon Kardon surround sound system, Gesture control, parking assistant plus, lumbar support and automatic high beam assistant. And finally, the BMW IconicSounds Electric, which was developed in collaboration with Hans Zimmer.

Like before, the iX3 gets the same 80 kWh battery pack. 150 kW fast charging allows the car to be charged from 0 to 80 per cent in just 34 minutes. This also allows for a WLTP certified range of 100 km to be charged in just 10 minutes. According to BMW, the 188 prismatic cells that make up the battery have an energy density 20 per cent higher than the previous fully electric models. The BMW iX3 is capable of a WLTP test cycle range of 460 km (286 miles).

The BMW iX3 is now offered in the M Sport variant as standard, priced at GBP 59,730 OTR. The higher-spec M Sport Pro is priced at GBP 62,730 OTR. BMW has said that the company has started accepting orders for the iX3 across the UK. Customer deliveries will begin in December.

The BMW iX3 is available for order in the UK, with customer deliveries announced for December 2021.

What will be the new BMW iX3 price?

Which models will be the new BMW iX3 rivals?

The alternatives to the new iX3 will be the Mercedes EQC and the Tesla Model Y.