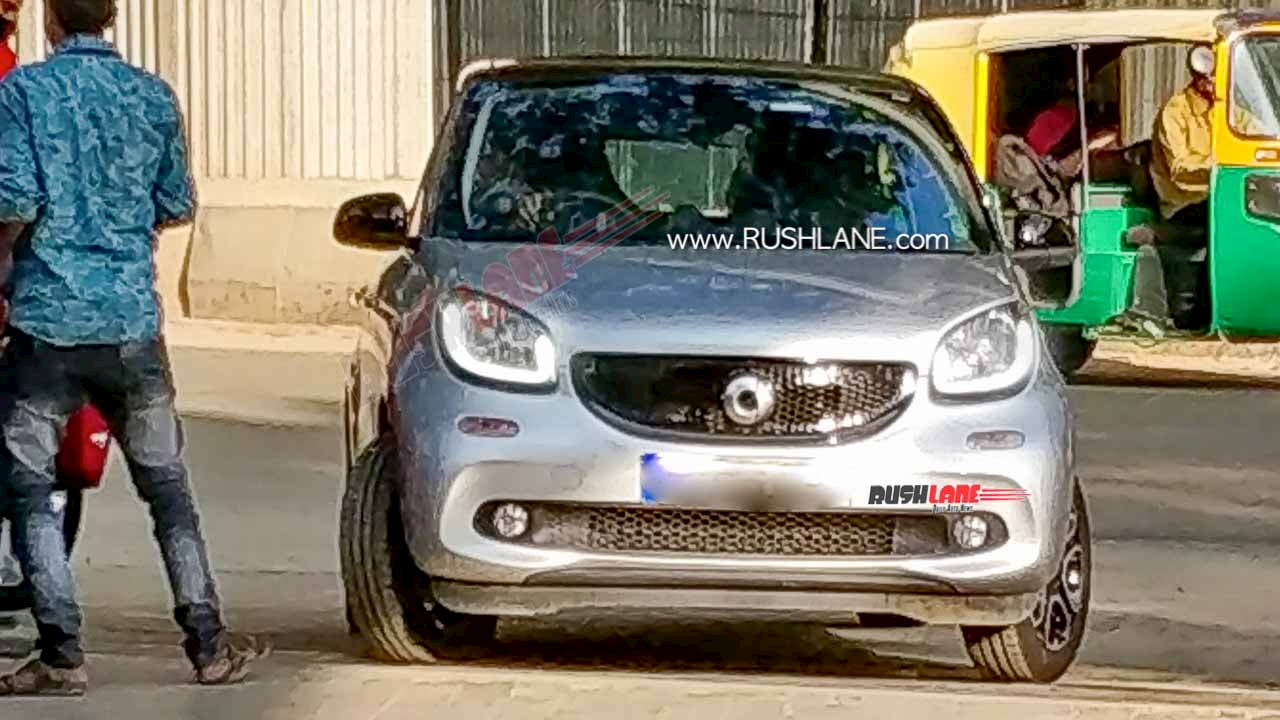 A smart electric car has been spied in India. It’s the smart forfour electric that premiered in September 2016.

A smart car in India is not an everyday sight, and this smart electric forfour is not an exception. Before you get excited, Daimler hasn’t brought it to India to test and evaluate its launch in the country. This is a privately registered car being used for personal mobility. In fact, this particular iteration of the smart forfour electric has gone out of production. A facelifted version, called smart EQ forfour, was revealed as its replacement in September 2019.

The old smart forfour had a 17.6 kWh Lithium-ion battery pack and a motor generating 60 kW (81 PS) of power and 160 Nm of torque. It took 12.7 seconds to accelerate from 0-100 km/h, and its top speed was 130 km/h. In this configuration, it gave a range of 155 km (NEDC). The new smart forfour facelift (smart EQ forfour), seen below, has the same specifications, but the range is measured as per the new, more stringent WLTP test cycle and is 140-153 km.

The current, third-gen smart car is a platform-mate of the Renault Twingo. Daimler confirmed in January this year that a new generation smart car is in the pipeline. The company has allocated the task of developing the next-gen smart car to China’s Geely. Designing will take place in-house, though. The fourth-gen smart car will be electric-only and break cover in 2022.

ElectricVehicleWeb.in’s Take: The Smart electric car is sophisticated and expensive for India where SUVs dominate in the premium segments and buyers don’t show an appetite for imported hatchbacks seen with the demand levels for the A-Class, Polo GTI, 500 and the 1 Series. However, Daimler handing over the development to Geely is a clear indicator that the company is actively pursuing cost-cutting for its next-gen city car model. That, along with the EV revolution that has begun in India, may motivate the company to consider the next-gen smart electric car in small numbers. Just to be clear, there’s no launch plan on the horizon.