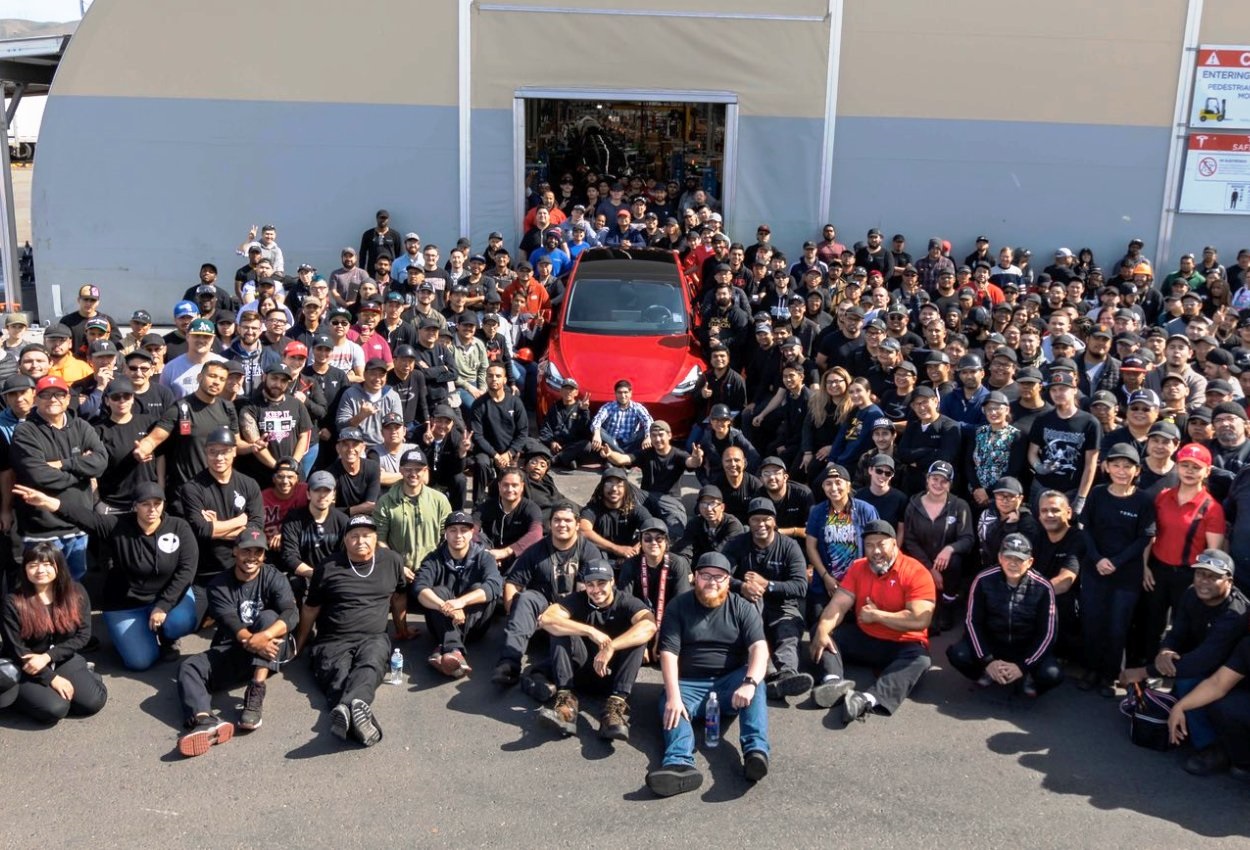 Tesla Motors CEO Elon Musk has tweeted that the company has built its one-millionth electric car after 12 years of operations. The milestone car is a Tesla Model Y, the latest product from Tesla, named Number 1,000,000.

Tesla rolled out its first car, a Tesla Roadster, in 2008 and introduced the revolutionary Model S in 2012, followed by the Model X in 2015 that came on the back of consumer craze for crossover-SUVs. The Model X became the first SUV to receive a 5-star safety rating in every category and sub-category by the National Highway Traffic Safety Administration (NHTSA). Then came the Model 3 in 2017, which though is one of the best selling electric cars globally has been facing production issues. While the Model 3 is intended to be a mass-market electric vehicle and the prices start just below $40,000, the company is expected to come out with a cheaper model from its Chinese operations (dubbed by enthusiasts as the Tesla Model 2) within a few years that will be sold globally.

The Model Y is a seven-seater SUV and requires no keys. The car will connect to your smartphone for entry and exit and has a 15-inch touchscreen infotainment system. With the help of the Tesla Mobile app, the customers can access information like remote lock/unlock, to summon the car, location tracking, remote pre-conditioning. Deliveries of Model Y are set to begin in the coming days for the USA customers.

Apart from the new Tesla Roadster which was unveiled last year, Tesla will be launching the Cybertruck next year, entering a new segment of electric pickups, and there’s the Tesla Semi, the electric truck for which reservations have already started.