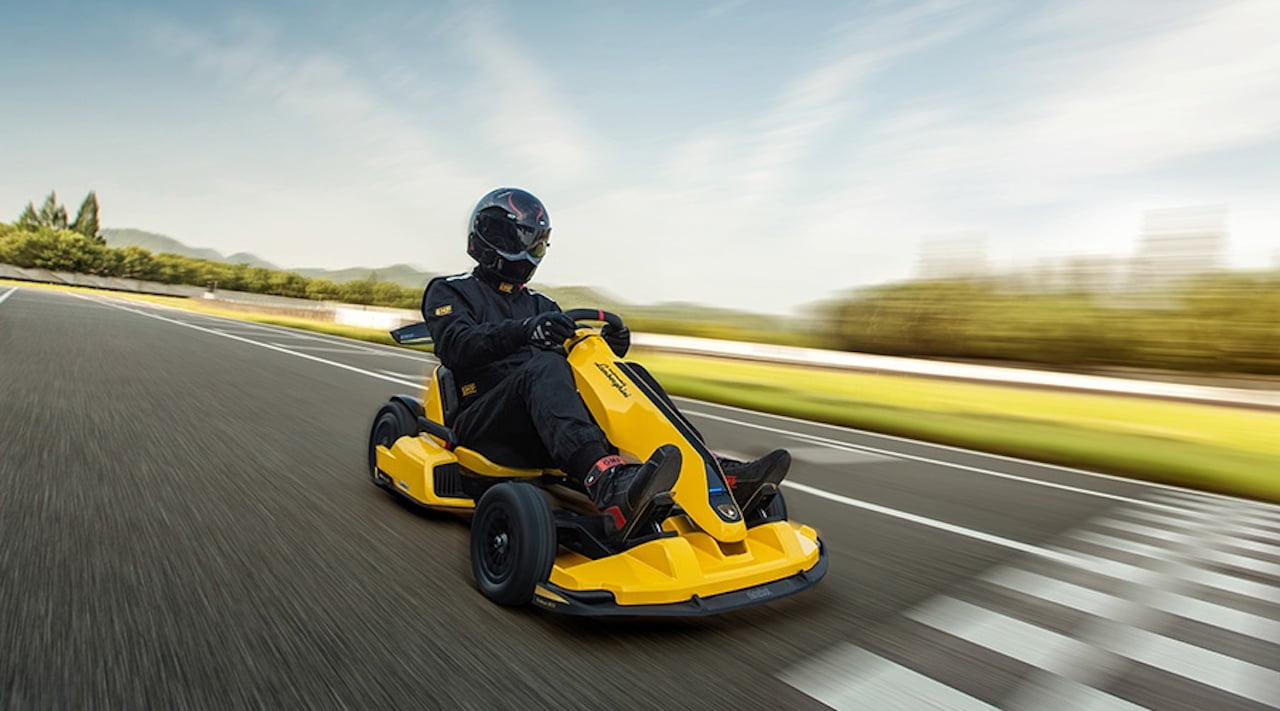 The Ninebot GoKart Pro Lamborghini Edition is painted in the Italian supercar brand’s signature yellow colour. This shade of yellow is exclusive to the special edition. Also unique to this model are Lamborghini branding at the front and on the sides, and Ice Lake Blue LED light at the front. There’s also a one-off Lamborghini-branded steering wheel with a digital speedometer and a Lamborghini-style drive mode selector.

Xiaomi says that it has fitted the special edition Ninebot GoKart Pro with custom tyres for superior drift performance. The drive modes are unique, and the names have come from Lamborghini. The driver can select from Eco (economy), Strada (street), Sport (sport) and Corsa (track) drive modes.

Getting to the Ninebot GoKart Pro Lamborghini Edition’s specifications, it has a 0.432 kWh battery pack. Xiaomi hasn’t disclosed the range but it does state that this electric go-kart can be driven for 62 400-metre laps at 40 km/h. That converts to a range of approximately 25 km (24.8 km).