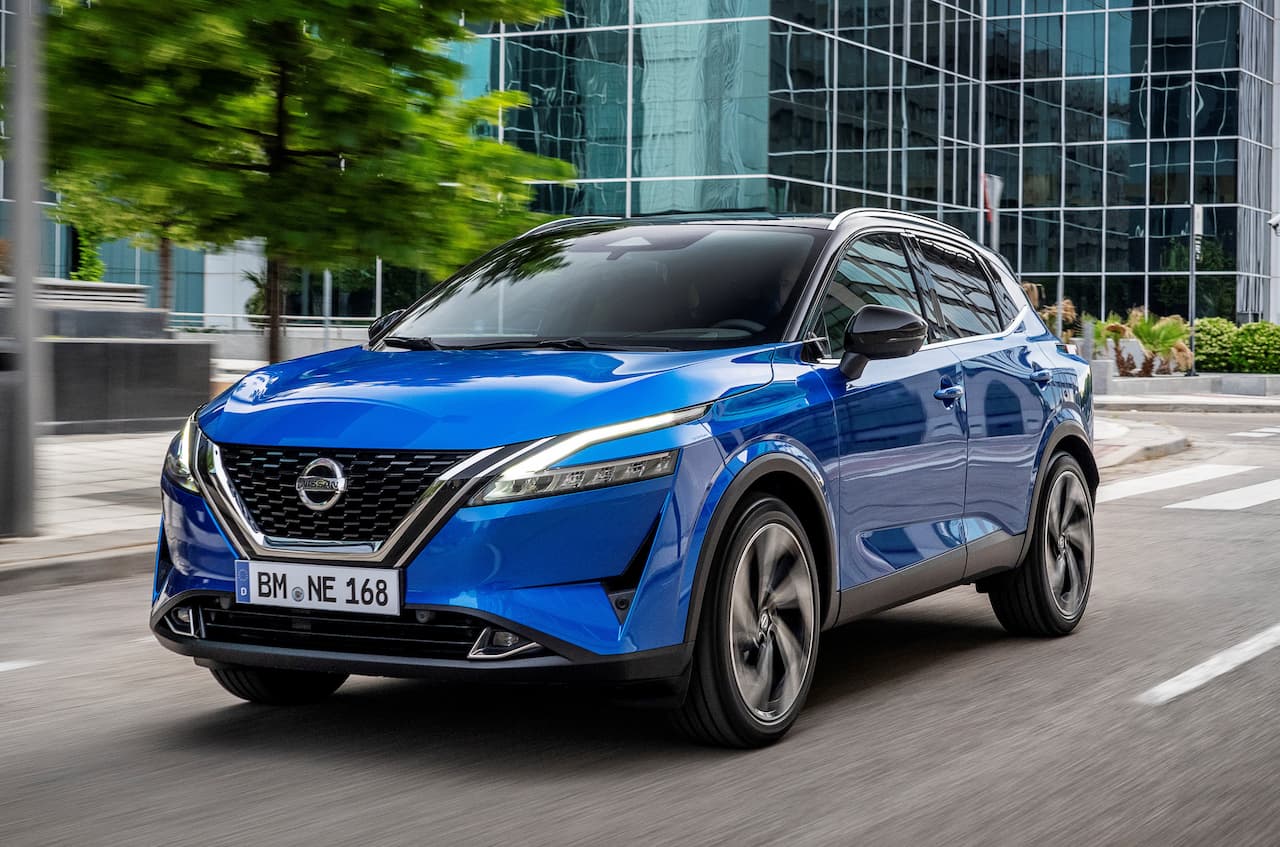 The popularity of the Nissan Qashqai will be further strengthened by the addition of e-Power hybrid variant to the lineup in Spring 2022. The hybrid version is an exclusive update to the third-gen model of the compact SUV.

With the expansion of e-Power to new segments, Nissan is taking a huge step towards its ambitious aim for the decade. Nissan announced in November 2021 that it will launch 23 new electrified models, including 15 new EVs and invest $17 billion over the next 5 years to achieve a 50% electrification mix by fiscal year 2030.

Let’s take a look at what we know of the e-Power version:

The Nissan Serena and Nissan Kicks (global) were the first models to adopt this alternative energy powertrain. e-Power, introduced in 2016 in the Mk2 Nissan Note, is classified as a series hybrid powertrain. The Nissan Sylphy e-Power and X-Trail e-Power are the other models that will democratize Nissan’s unique hybrid system.

Nissan says that e-Power delivers massive torque almost instantly, operates very quietly, and consumes fuel comparable to a parallel hybrid electric powertrain. The company also offers the benefit of its proprietary e-Pedal single-pedal driving feature in e-Power vehicles, which allows the driver to start, accelerate and decelerate with the accelerator pedal only. The e-Pedal mode offers up to 0.2G of deceleration when one lifts off the accelerator.

Powering the Nissan Qashqai e-Power is a combination of a 157 PS 1.5-liter three-cylinder turbocharged petrol engine and a 140 kW electric motor, the combined power and torque output of which are rated at 190 PS and 330 Nm respectively. The e-Power variant will be offered with a two-wheel drive configuration as standard.

There are three different driving modes for the Nissan Qashqai e-Power – Standard, Eco and Power, with an additional B mode in all of them to increase energy recuperation in lift-off conditions. Like all the electrified models of Nissan, the Qashqai e-Power too will get an e-Pedal mode.

The Nissan Qashqai sits on the alliance CMF-C platform, which has been designed specifically to incorporate the e-Power technology. Compared to the ongoing Qashqai, the overall bodyshell of the new Qashqai is 48 per cent stiffer and 60 kg lighter, which enhances performance.

The Nissan Qashqai e-Power, in addition, has its power assistance motor placed near the steering rack. This results in reducing the steering ratio from 19.1:1 to 14.7:1, which eventually leads to faster turn-in responses. However, compared to the previous Qashqai, the turning radius has remained unchanged at 5.75 m.

Deducing from the spy shots posted on decoches.blogspot.com, the distinct elements on the e-Power version will include a new compact grille and a “Hybrid” badge at the rear. Nissan is unlikely to offer radical body changes on the hybrid.

Designed at Nissan’s European Design Studio in London, the new Nissan Qashqai looks more aggressive than the erstwhile iteration, with a new sharper and wider ‘V-Motion’ grille, sleeker lights, floating roof design and sharp looking air curtains on the front bumper. It is also the first Nissan model to feature LED turn indicators at the rear. The range-topping versions, including the e-Power variant, ride on new 20-inch wheels.

The infotainment system is also compatible to Google Assistant and Amazon Alexa as well as NissanConnect services app, which can control various functions of the car, and provide reports of vehicle health, live 3D maps and traffic updates, door to door navigation, and My Car finder.

Compared to the previous model, the new Nissan Qashqai has grown and witnessed an increase of 35 mm in length, 20 mm in wheelbase, 25 mm in height and 32 mm in width.

The new Nissan Qashqai features an updated form of Nissan’s ProPILOT with a Navi-link driver assistance system, which allows the car to adjust the speed depending on the surrounding conditions.

The high-tech features of this system include slowing down the speed of the car by reading speed limit signs on roads, adjust the speed of the car for upcoming curves or inclines and prevent lane changes if it suspects any vehicle in the blind-spot zone. All these features are performed by a host of radars and cameras. The new Qashqai also comes equipped with forward emergency braking with predictive function and a central airbags system between front seats.

The Nissan Qashqai was first unveiled back in February 2021 and began reaching dealerships across Europe in mid-2021. The e-Power variant, however, will arrive in showrooms in Spring 2022. The Nissan Qashqai is produced at Nissan’s production plant in Sunderland, UK and had bagged over 10,000 orders as of June 2021.

What is the Nissan Qashqai e-Power price & release date?

What propels the Nissan Qashqai e-Power?

What are the three driving modes in Nissan Qashqai e-Power?

The different driving modes for the Nissan Qashqai e-Power are Standard, Eco and Power