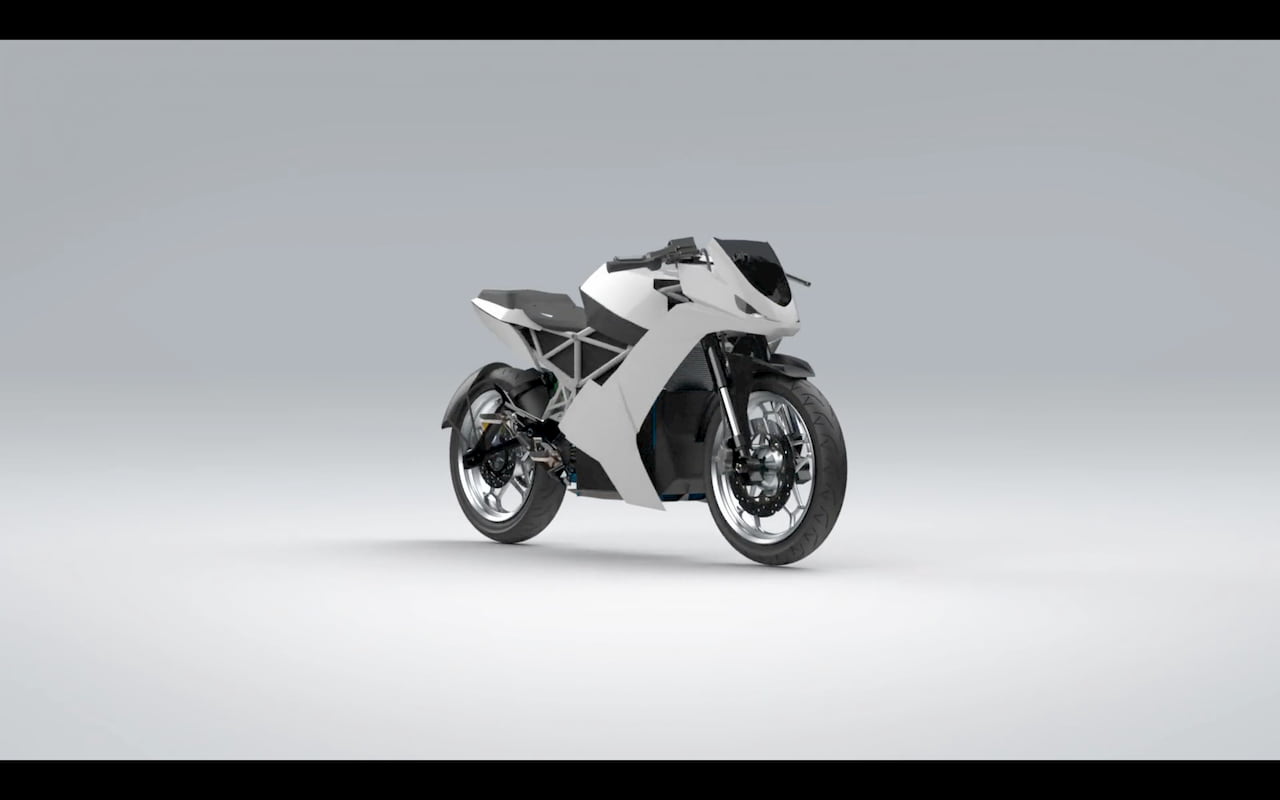 The Surge is India’s first geared electric motorcycle, and Coimbatore-based eMote Electric unveiled a work-in-progress prototype at the Auto Expo this year. As reported earlier, the Surge will be available in two variants – Surge 10K and Surge 6K. We caught up with Pranav Singanapalli, founder and Chief Executive of eMote Electric to get an update on the electric bike –

EVW: When do you plan to launch the Surge electric bike?

We are planning to do a launch event in November or early December, that would be the formal launch. Customer deliveries would begin about 3 months after that. We had already started taking pre-orders around the time when we went to the Auto Expo and the priority is to fulfill those, and post that we want to get it in the hands of as many people as possible. We are going via the dealership route, we are awarding dealerships this month and the next, we are in the process. These dealerships should be ready in February and March.

EVW: How many pre-orders have you received for the Surge?

EVW: How many dealerships are you planning to start with and which are the cities identified?

Our priorities are the cities of Coimbatore, Chennai, Pune, Ahmedabad, Bangalore and Delhi. In Delhi we get an extra INR 15,000 subsidy from the state government, that is certainly very high on our priority list. We’ll be very competitive with the petrol bikes, with that included. We’ll have exclusive dealerships.

EVW: How do you plan to tell people about your motorcycle?

We are using digital media and traditional media as well like newspapers. A key part of our brand building as well as people getting to know us was to take the Surge on roadshows, but that is looking dicey right now. Around December we will do something at least in Coimbatore so that prospective customers can get to ride and feel the bike.

EVW: Can you talk to us about the production of the Surge electric bike?

Our production line is in Coimbatore, we are yet to finish it. Production capacity is 10,000 units in the first year. That’s the kind of investment we are making in the production line. That said, we put in quite a lot of effort into the design to make sure that it is not very expensive on the production front and that also helps us in our capex. Our facility is right now 10,000 sq.ft, and we have enough space to expand there. That is sufficient for the kind of assembly we want to do.

EVW: How many vendors have you signed up with to provide parts for the electric vehicle?

Localization is high up on our priority list, mostly because we are eligible for the FAME-II subsidy. By October all components have to be made in India in some form. So that has also contributed a bit in our timelines getting pushed sometimes. Right now we are working quite hard into making sure that our motor is from a local supplier by the time we launch. Also as we have very particular or unique requirements, like we have a gearbox and other moving parts, we are working on the localization. We are aiming to get the FAME-II subsidy and we are localizing all these components like the battery assembly, wheels, etc. A fair bit of components in terms of value comes from abroad, like the cells. They make up about 30 per cent of our bill of materials.

As per Singanapalli, the Surge 6K comes at a slightly lower price point because it has lesser performance when compared to the 10K. The motor is about 40 per cent less powerful, and so the top speed is dropped by 20 km/h, making it 100 km/h. With the 6K, you get three gears and the acceleration will also be lesser due to less power and torque. Everything else is identical; you get the same range and the same swappable batteries.

eMote Electric, the Coimbatore-based startup which claims to have the most exciting electric bike in India presented the frame and the near-production iteration of the its first product, the Surge, at the Auto Expo 2020. While the initial plan was to launch the electric bike for customers around September 2020, the launch has been delayed due to the disruption caused by the COVID-19 pandemic.

We spoke to Pranav Singanapalli, founder and Chief Executive of eMote Electric and asked him about the revised plans of the company.

What was your experience at the Auto Expo 2020?

The expo was quite good. Our main aim was to get our name out there and I think we have achieved that. Because of the coronovirus outbreak, there weren’t much attendance from abroad. We got quite a bit of interest at the expo from both the general public and from those who are into bikes. People were interested as this was the only electric vehicle that has a gearbox.

We also visited the components expo and had a few suppliers over inquiring about the vehicle and they were quite happy to engage with us. That way I call it a success and we are just following up on that. We were working to get a completely built bike for the expo but unfortunately we couldn’t quite finish it.

Were you able to find any suppliers at the Auto Expo?

Before the Auto Expo, we had a couple of key suppliers that had to be finalized and we did get those. We are happy with it and we have covered all the major suppliers that we need to engage with. We were expecting samples from suppliers in May but I think that’s not going to happen now.

When do you plan to launch the Surge electric motorcycle?

As far as timelines are concerned, earlier we were looking at around September or October to debut the vehicle, but I don’t think we are going to be able to make it in 2020 now. I don’t think the situation will become normal within a few months mainly as we are not looking at just the domestic supply but international supply chain too.

Have you identified or acquired any site in Coimbatore for your plant?

We have already planned and acquired the land. We are still getting all the approvals to start construction there and we don’t have all of that yet. That will also take more time now as the labour in the construction industry has gone back. I don’t think we are going to see any construction before July.

The following answers are from the interaction on 4 January 2020 –

Is the final version of the Surge going to be the same bike as the one shown on your website?

Is this motorcycle designed and developed in India or is it a Chinese collaboration?

It has nothing to with China. Everything on this bike has been designed and developed in India.

Can you talk to us a bit about the specifications and range?

We have a 72 V system and a single battery capacity is 40 Ah (the bike has bays for three batteries done in a swappable design). Total (company-claimed) range (when all three batteries are plugged-in) will be 300 km and the ARAI-certified range we expect at 420 km.

Every single battery pack will give you (a company-claimed range of) 100 km/charge. So what we sell will come with a single battery pack with 100 km range. It is optional for the user to purchase the extra batteries either at the time of sale or 1 or 2 years later. It is basically a plug and play battery system.

Some of the bike’s features are geotagging, anti-theft system (3 levels), keyless start, smart key and is enabled with 4G, WiFi and Bluetooth.

Why did you see a need to fit a gearbox to your bike?

We have 3 reasons – the first is we want to preserve the experience of riding a conventional motorcycle. We want to keep the experience familiar to a traditional bike owner. Secondly, it is the efficiency – the motor has an rpm when it delivers the best efficiency, and we can maintain that with the gearbox and thirdly we can offer great torque and acceleration without compromising the top speed.

Are you looking at experience centres or traditional dealer franchise models for retailing the bike?

It will be a combination of both but we do want to start selling in as many cities as possible so we are going to be relying more on the dealer model as of now.

Where do you plan to produce your product?

We are setting up a plant and that should be ready in time for us to start deliveries. We are putting it up in Coimbatore and we will most likely lean towards the South for initial deliveries, and we will be targeting the main cities as well. We open up pre-orders in a few weeks.

How long does it take to charge the bike?

It would take 3-3.5 hours to charge fully from a 15 A socket and the bike is DC fast-charging capable which reduces that to about 50 minutes.

What do you have in store in the future? Are you diversifying into different body styles?

We already have scooters under development and we have other variants of this motorcycle – like a faster variant and perhaps something for B2B customers, but that will take about a year to come.

Do you have a sales forecast for the Surge in the first year?

Photos and images in the article have been sourced from eMote Electric’ Founder & Emote’s Facebook and Youtube pages.

2 thoughts on “Indian electric bike ‘Surge’ to launch by December”