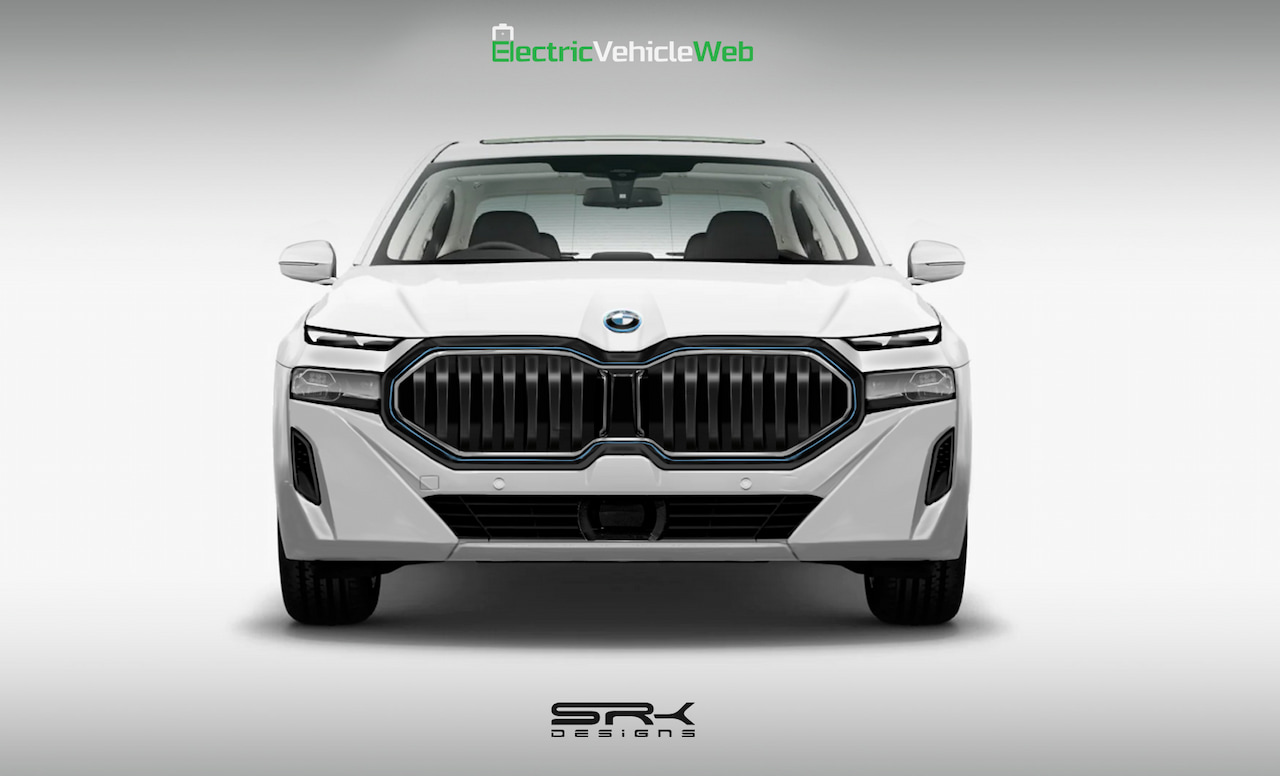 As BMW Group sets out to achieve its ambitious electrification targets for 2023, there are big expectations from its upcoming Mercedes S-Class rival – the next-gen BMW 7 Series. Plug-in hybrid tech will have a primary role in the upcoming generation, crucial than ever before, and not just as another variant. A triple-digit EV range that allows customers to use it as an electric car in urban conditions almost throughout the week without having to recharge would be the key to popularizing the 2022 BMW 7 Series PHEV.

Pieter Nota, Member of the Board of Management of BMW AG, in an interview with the BMW Group Press site in 2020, confirmed that future BMW Plug-in Hybrid models would offer up to 100 kilometers (62 miles) of electric range and that the company has already started working towards the goal.

For a longer electric range, PHEVs need big battery packs, which would make a car like a 3 or 4 Series heavy and expensive with today’s technology. Hence, a top-down approach might make more sense.

BMWBlog.com reported on January 4, 2022, that the BMW M750e xDrive will be the top plug-in hybrid model in the new 7 Series family. The new PHEV version will go into production later this year and the market debut will follow in early 2023, it added.

The blog mentions that the electric motor combined with the B58 3.0-liter six-cylinder engine will produce around 560 hp of power to all four wheels. Additionally, it will feature enhanced driving experience and M division design bits compared to the entry-level BMW 745e xDrive. The base-spec 7 Series hybrid will likely use the same powertrain but with a sub-500 hp power output maintaining a distinction from the M model.

Auto Motor und Sport differed in its February 5, 2022 report. It stated that the new 7 Series will be available in the 745e PHEV guise with 400 hp. This could be an upgraded version of the current generation 745e which comes with a 3-liter, 6-cylinder, petrol-electric powertrain producing 394 hp and offering up to 34 miles of pure electric range.

Since the new 7 Series PHEV will have the biggest battery pack for a BMW hybrid car, it could essentially offer (for the first time) 100 km of EV range before smaller models acquire this trait with improving battery tech. The 2022 BMW 7 Series PHEV wouldn’t break new ground as rival Mercedes offers 100 km in the new generation S-Class PHEV.

Plug-in Hybrids provide the best of both worlds – the option of an electric-only drive that is externally chargeable, and when you run out of range, the gasoline engine cuts in. However, the drawback is that the electric range provided by manufacturers is limited, and one cannot solely rely on it for all scenarios. While studies show most of the daily commute for an average person around town is barely over 20 miles, anything further, the engine switches on.

The plug-in hybrid is a bridge for drivers to electric vehicles. As more customers are acquiring an electrified car for the first time, some feel that they would first have to experience the technology and advantages to realize how much electric range they need or how frequently or where they can charge. In BMW’s case, the eDrive Zones geofencing technology is designed to automatically recognize environmental zones and switch to purely electric driving mode. The PHEV can fully utilize its consumption advantages in the city.

The brand emblems on the bonnet, the tailgate, wheel hubs, and steering wheel of the refreshed PHEVs feature a BMW i Blue surround since summer 2021. Moreover, the updated plug-in hybrid models have new lettering on the tailgate and the opposite front sidewall to indicate that the car is “electrified by i.” The 2022 BMW 7 Series plug-in hybrid will likely feature these tell-tale PHEV signs to stand out from the conventional version.

The presentation of the BMW Theatre Screen feature for CES 2022 revealed some portion of the side profile and a bit of the interior. Apparently, the next-gen 7 Series features iX-style flush-fitting door handles, presumably operatable with the press of a button. The door panels are clean and feature two character lines, one on the top and one at the bottom. The large mirrors suggest that the 2022 BMW 7 Series (and maybe even the i7) won’t come with camera-based digital mirrors.

Inside, the BMW Theatre Screen could be an optional feature. The concept version presented during CES 2022 is an ultra-wide 31-inch 8K display in 32:9 format. It extends out of the headliner when needed, and it’s controllable with touch pads integrated into the car’s rear doors and even with touch. BMW Group’s CES 2022 presenter Joy Kashem said that the company will launch the BMW Theatre Display, and that the features of the concept model presented during CES 2022 look similar to what will be available in the production car.

The full-size premium sedan is also expected to feature a Level 3 Autonomous System for which a massive radar will be housed in the middle of the body. Other highlights include an illuminated front grille, fully automatic doors, an upgraded Executive Lounge configuration, a better Bowers and Wilkins sound system and many options for customisations, said the aforementioned BMWBlog.com report. Soft close doors and air suspension would be standard features.

Our 2022 BMW 7 Series render borrows design cues from the BMW Concept XM. BMW Group has said that a version of the concept’s front-end design “will be seen for the first time in 2022 as part of the BMW model offensive in the luxury segment.” Similar split headlights, with the daytime running lights housed in separate slim upper modules on the top and compact rectangular headlights, give the upcoming saloon the family look. The vertical air inlets of the more dynamic front bumper also take inspiration from the Concept XM.

According to a report from BMW Blog published in June 2021, the BMW G70 will enter production in July. Customer deliveries in the first markets will likely begin in the fall. China is one of the biggest markets for the 7er worldwide, and the company had held the world premiere of the sixth-gen 7 Series LCI (facelift) in Shanghai in 2019.

Oliver Zipse, Chairman of the Board of Management of BMW Group, said at the company’s 2021 annual press conference that the BMW Group lineup will include 13 pure electric models by 2023. The company plans to have a total of 25 electrified models at the dealerships by then. It will offer at least one EV in around 90% of its current market segments by 2023. By 2030, the company to increase the share of EVs in its global sales to at least 50%. It expects to put some ten million EVs on the road over the next nine years or so.