“Our Jaguar business has not performed. Our manufacturing capacity and operational organization is not structured for maximum efficiency.”

This is what JLR’s new CEO, Thierry Bollore stated during an online speech to investors in February. The CEO has felt that despite improvements in quality, customer satisfaction was low. Since taking on his role as CEO of JLR in September 2020, Bollore has torn apart plans made by former CEO Ralf Speth, who envisioned JLR selling a million vehicles annually. However, 2020 saw BMW’s high performance (and expensive) M division sell 40 per cent more cars than all Jaguar products combined: BMW M sold a record 144,218 units compared to Jaguar’s 102,402 units, which was a 37 per cent dip compared to 2019 numbers.

Jaguar will ‘Reimagine’ its business

With his work cut out, Bollore announced the ‘Reimagine’ plan for Jaguar in February 2021, which will see the British marquee become an all-electric brand from 2025. Jaguar will replace none of the current products, and the company has also written off GBP 1 billion of investments made for its Modular Longitudinal Architecture electrified platform. The MLA, which was conceived for entry-level (MLA Low) and mid-level (MLA Mid) products, has been scrapped, and only the MLA High is retained. It will underpin the next-gen Range Rover and Range Rover Sport.

Due to the scrapping of the MLA Mid, there will not be a Jaguar XJ electric which was in its advanced stage of development, and according to Autocar UK, this has resulted in a write-off of over GBP 300 million.

In development for several years, the next-gen Jaguar XJ was scheduled to break cover in 2020 to challenge the Mercedes EQS and the BMW i7. However, after multiple delays, the debut was expected to come at the start of this calendar year. Instead, the Jaguar XJ electric car has been buried before it was even born, leaving potential customers and fans eagerly waiting for the return of the ultimate Jaguar, disappointed.

The Jaguar XJ is not among the brand’s most profitable models either. And with Bollore at the helm, JLR will put profit before volumes. “Models returning lowest profitability will make room for those that make best returns”, the CEO stated in his speech. The Jaguar brand will be taken upmarket, with its rivals no longer the German trio, but possibly targeted at the Porsche and Bentley customer.

Courtesy of aiming for high-end brands, Jaguar has tasked Chief Creative Officer Gerry McGovern (former Land Rover design head) with creating ‘jaw-dropping’ designs which will be a ‘copy of nothing.’ Analysts contacted by Automotive News expect Jaguar to sell anywhere between 30,000 units to 100,000 units a year, post 2025, depending on whether it is a rival to Bentley or Porsche.

Jaguar is currently on the market for an electric vehicle platform that would allow unconventional vehicle proportions and volume entirely different from the Land Rover family. The brand would not trace the approach of other EV car companies that are designing cab-forward proportion for space efficiency as the electric powertrain requires far less space or cooling at the front. The exterior design is what will set Jaguar cars apart from competitors in the future. If a platform that respects the unique proportions of design is unavailable, Jaguar will develop a design-led electric architecture in-house, said McGovern. 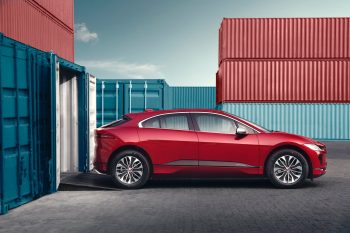 Jaguar I-Pace prices go up to INR 1.12 crore (ex-showroom India) making it the most expensive EV in the country. 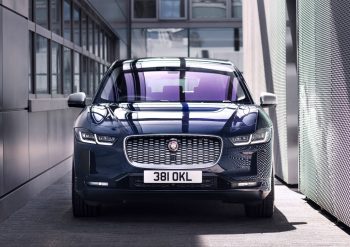 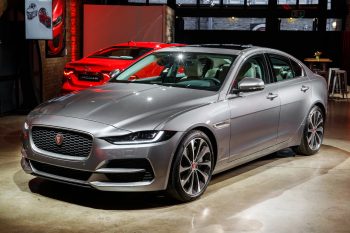 JLR is planning a complete overhaul for its Jaguar brand, and a new compact electric sedan (Jaguar XE electric) at the core of that transformation plan.