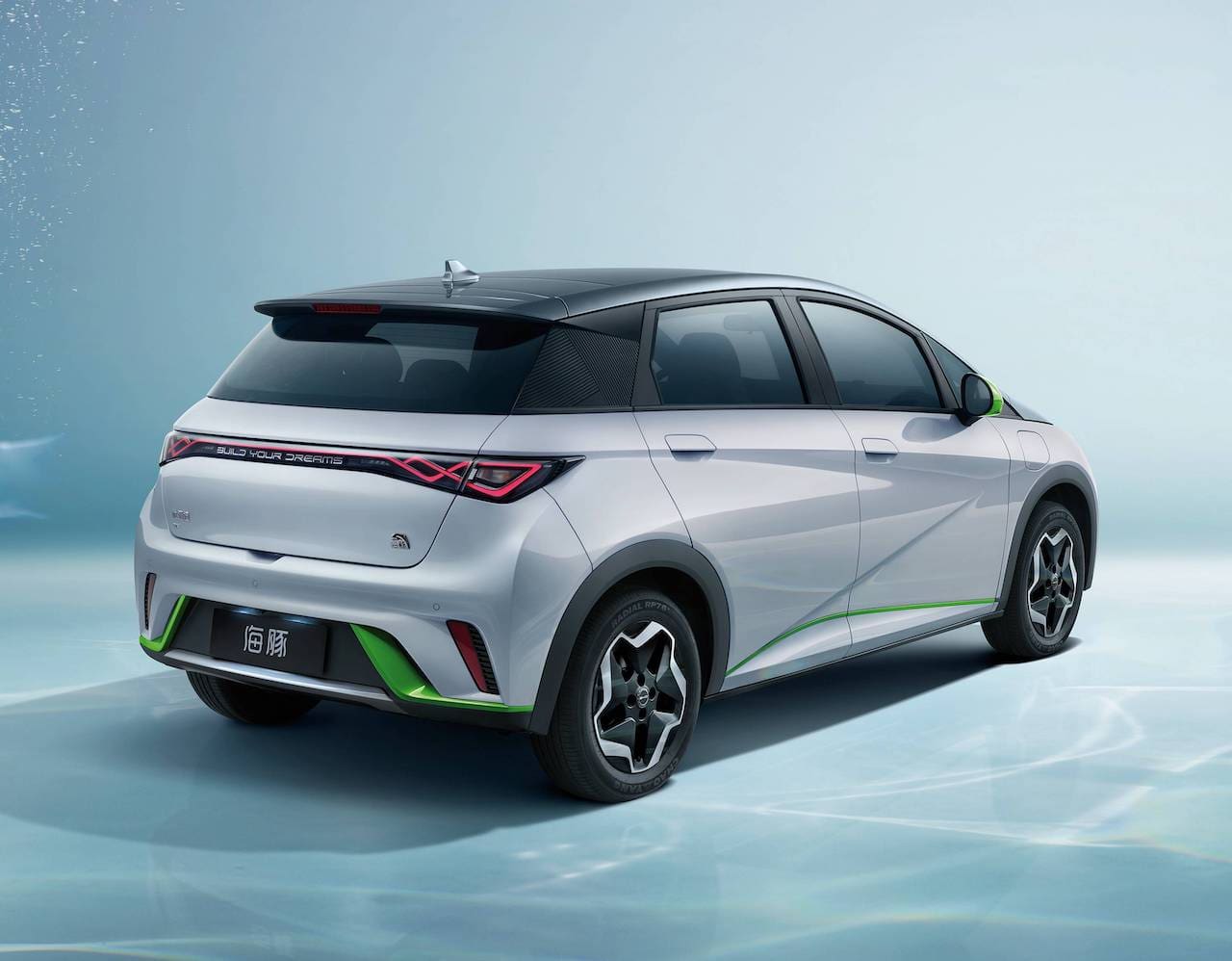 Update: ‘Around 30,000 units of the BYD Dolphin sold in China’ section added.

BYD has gotten a good response to its brand-new electric car, the BYD Dolphin, which is now on sale in China. In Australia, Nexport-owned direct-to-customer electric car portal EVDirect will handle sales for the model initially known by its codename ‘BYD EA1.’

Wolfgang Egger, the former Audi design chief who is now the Global Design Director at BYD, has designed the Dolphin. The little electric hatchback is the first BYD model to adopt the company’s “marine design concepts,” and it premieres a new logo as well. The new Chinese EV features a swoopy but odd-faced front and sporty side and rear structures. The interior has a fluidic and minimalist design theme and a huge central touchscreen in landscape orientation. The cabin has more than 20 storage spaces, and the boot can accommodate four 20-inch cabin bags.

This is our urban dream. It is a vision. It’s not just a car, but it is a device for future mobility in the city. It’s compact, it’s fresh, individual, and an icon. As you remember, I always say that a car should be defined only by three lines (inaudible). It’s a new architecture for electric mobility, and only these three lines, they define the shape. It’s really unique. It’s an icon. You see once, and you never forget again, can you?

YouTube channel Wheelsboy has uploaded a walkaround showing the BYD Dolphin in the metal. On the outside, the design of the lights, especially the tail lights, impresses the presenter. The technical-looking tail lights take inspiration from the Chinese knotting handicraft. The 16-inch two-tone alloy wheels look more than inspired by the VW ID.3’s 20-inch Sanya rims.

Inside, the cylindrical panel of physical controls on the centre console has the attention of the YouTuber. Indeed, this panel with rotary dials for most functions and a nice little gear selector switch that allows selecting, drive, neutral, and drive with a simple flick is a neat touch. The sports seats in two-tone white/black colour and orange accents make the cabin very appealing for young car buyers.

At Auto Guangzhou 2021, BYD showcased several special edition models with a custom exterior to pull the audience towards its booth. One is the ‘BYD Dolphin esStarPro,’ a modified Dolphin created in association with the Chinese e-Sports club eStarPro. It features white paint, blue graphics on the bonnet, doors and wheel arches, tailgate, and bumpers, red highlights on the bumpers, a rear wing, and multi-spoke wheels. BYD has created it probably only for the promotional activities, and it is unlikely to launch it in the market. You can view the pictures on autohome.com.cn.

The BYD Dolphin sits on the company’s new e-platform 3.0. As it is an economical city car, it doesn’t benefit from the platform’s top-end specifications, like support for 800-volt high-power chargers for rapid charging, for instance.

BYD calls e-platform 3.0 “the cradle of the next generation of electric vehicles.” The design of the vehicle body integrates the company’s ultra-safe Blade battery pack into it as a structural part. The new platform allows parameters like 2.9-second 0-100 km/h acceleration time, a 1,000 km range, and rapid charging at a level powerful enough to gain a 150 km range in just five minutes. The company suggests that the torsional rigidity of e-platform 3.0 models can be double that of its ICE models.

The base configuration provides a range of 301 km (NEDC), and the middle configuration allows a noticeably longer range of 405 km (NEDC). Both these feature 16-inch alloy wheels with 195/60 R16 tyres.

The top-end BYD Dolphin, which should make it to Australia, gets a more potent permanent magnet synchronous motor that generates 130 kW (177 PS) and 290 mm of torque. An MIIT filing that we have accessed has shown that it can attain a top speed of 160 km/h. Its battery pack is the same 44.9 kWh unit as that of the middle configuration, but it produces a slightly lower range of 401 km (NEDC).

LED headlights and taillights, heated ORVMs, 12.8-inch touchscreen infotainment system, 5-inch digital instrument cluster, heat pump, 6-way adjustable driver seat, 4-way adjustable front passenger seat, driving recorder, mobile key (NFC-based), and a panoramic sunroof are some of the main features of the Dolphin. It is worth noting here that no other EV in this segment comes with a heat pump.

In July 2021, Luke Todd, the CEO and MD of EVDirect, who was then the boss at Nexport, told thedriven.io that the EA1 Australian launch has been pushed to this year. Initially, the company planned to launch the new EV in Australia in July and begin customer deliveries in Q1 2022 (January-March 2022), as reported by drive.com.au in April 2021. The BYD Dolphin will cost “well under AUD 35,000” in Australia.

In October 2021, Todd told drive.com.au that production of the right-hand BYD Dolphin, supposed to take place on an “Australia-only” assembly line, hasn’t begun. The COVID-19 pandemic-led manufacturing and shipping issues have affected the launch schedule.

In addition to the Dolphin, Australia will get BYD’s Yuan Plus electric SUV, by April 2022. The company wants to launch a total of six BYD models in the region, and these temporary setbacks haven’t affected that decision. There’s no word on which passenger model (Dolphin or Yuan Plus) is at the starting gate.

Todd recently told thedriven.io that a BYD experience centre will open in Sydney on 18 February, and the Dolphin will be on display from the first day. BYD’s Han EV, which is proving popular in China, could also be one of the planned launches.

Nexport has received an order of 3,000 EVs from Splend, Australia’s largest car rental provider for ride-sharing drivers, it said in May. These will be EVs made by BYD, and they will likely include the Dolphin. Splend will take deliveries of the EVs over a period of two years, beginning early this year. However, the delays mentioned above could affect this timeline.

Around 30,000 units of the BYD Dolphin sold in China

As per a report from autohome.com, the BYD Dolphin recorded sales of 10,016 units in December 2021, and a cumulative sales of 29,598 units from August (sales launch month) through December 2021.

What is the BYD Dolphin release date for Australia?

The BYD Dolphin is expected to launch in mid-2022, as per local media reports.

What is the projected BYD Dolphin price in Australia?

Which cars will be BYD Dolphin rivals in Australia?

The Dolphin will be the lone ranger in its segment in Australia, having no competitors.