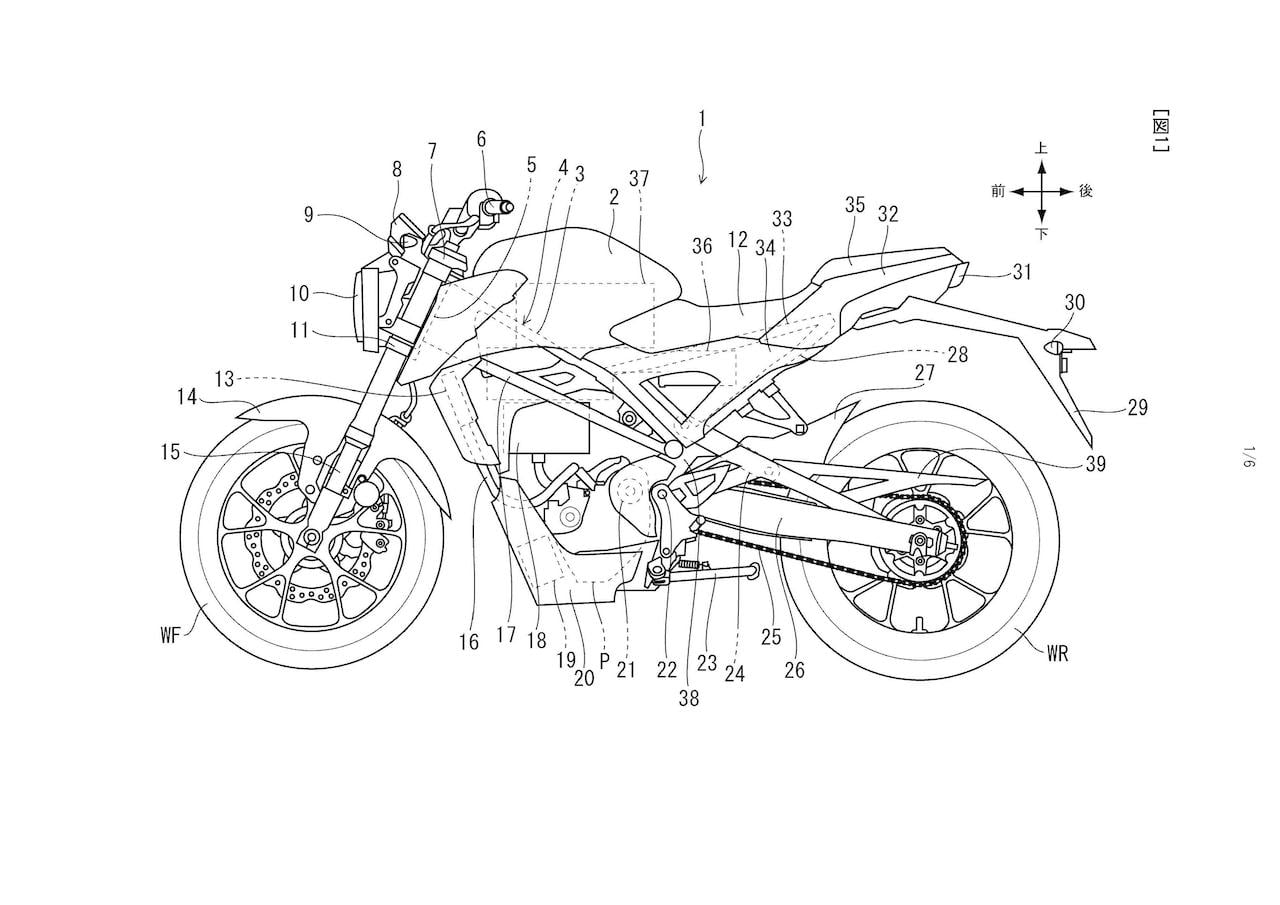 At least four Honda electric bikes are under development, as per a new EV roadmap released on 23 April 2021. These electric bike launches would be a small part of the Japanese automaker’s ambitious vision of becoming carbon-neutral by 2050.

In his speech at an inaugural press conference held last week, Toshihiro Mibe, President and Representative Director, Honda, confirmed the plans to launch three new personal-use electric motorcycles by 2024. Moreover, a slide of his presentation, pictured above, suggested that there’s a plan to launch unconventionally designed electric motorcycles as well.

On 1 March 2021, Honda signed a letter of intent with KTM, Piaggio, and Yamaha Motor to form a battery swapping network. Perhaps, some of the Honda electric bikes arriving by 2024 will have a compact but swappable battery system. The model we have discussed below isn’t expected to offer that convenience.

ElectricVehicleWeb.in had come across a new patent filing for the power unit structure of a new Honda electric bike. If it makes it to production, the model could be the first Honda Neo-Retro Sports Cafe EV. The size and design of the bike in the patent application look very close to that of the Honda CB125R. Honda has chosen this platform for its electric bike probably because, like in the case of the CB125R, its main target customers would be style-conscious young riders who need a simple vehicle to move around the city.

The patented Honda electric bike features two rectangular parallelepiped high-voltage batteries positioned below the tank and rider seat. The power unit or the propulsion motor is placed all the way down and is denoted by the letter ‘P’ in the patent images. The power control unit (PCU), part no. 18 in the picture, is positioned right above it, which means that the harness connecting it with the motor can be kept short.

There’s more evidence now that suggests that a Honda Activa Electric is not happening, not anytime soon at least.