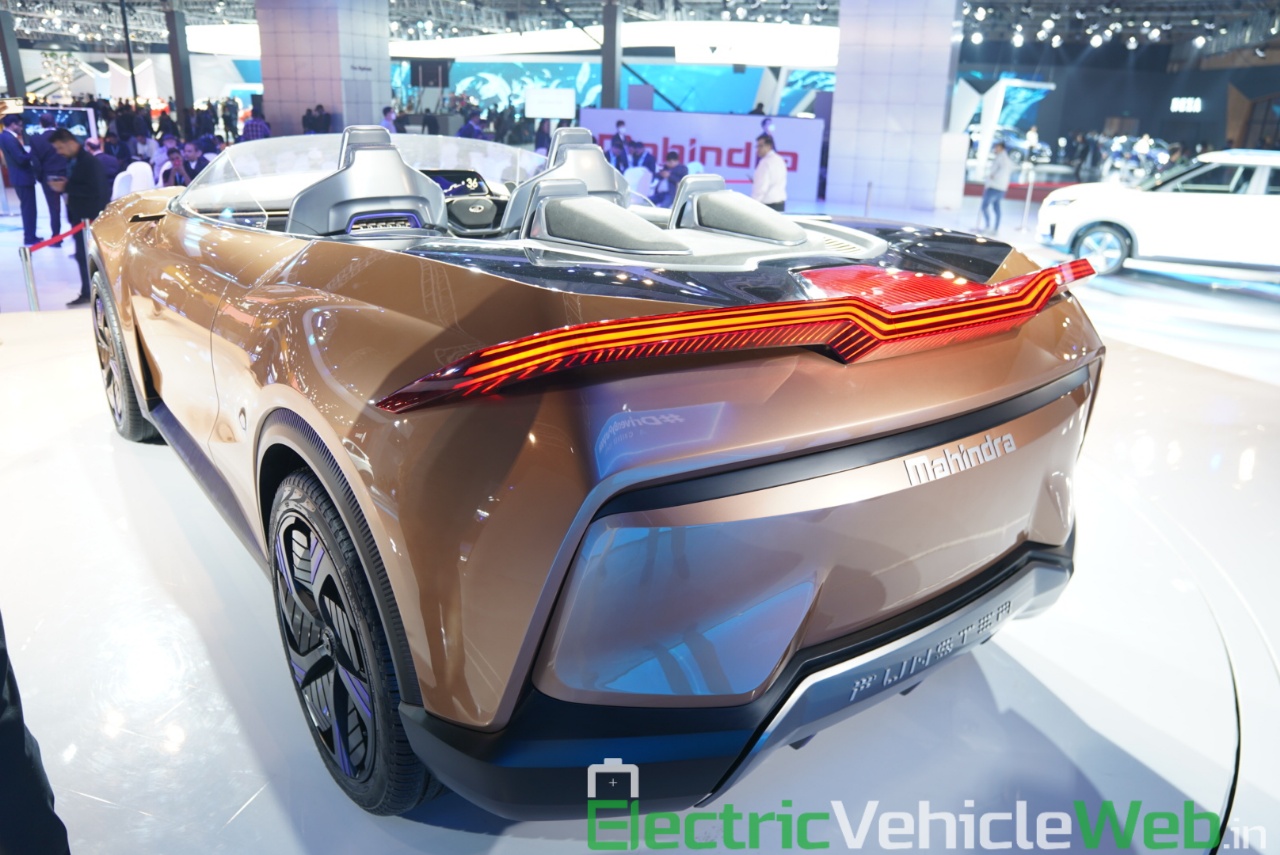 The next generation Mahindra electric SUV models would be vastly different to the upcoming Mahindra eKUV100 and Mahindra eXUV300, as they would be dedicated EVs. These Mahindra EVs won’t be retroactively modified ICE cars but designed and engineered from the outset to be fully electric.

The next-gen Mahindra electric cars will ride on a bespoke platform, or in Mahindra’s language, a “born electric platform.” Anish Shah, Deputy Managing Director and CFO, Mahindra Group, talked about these models last month and indicated that the company will use Automobili Pininfarina’s inputs in their development. On how it can leverage its resources for the development of the born electric vehicles for India, Shah said:

APF (Automobili Pininfarina) as well as our PF business, Pininfarina business, are working with us to look at a strategy for an electric platform in India in conjunction with our technical center in the U.S.

Further, Shah said that the company will share its thoughts on the “mechanics and details on how exactly that will happen” later this year. Dr Pawan Goenka, Managing Director & CEO, Mahindra & Mahindra, said that there maybe more than one platform for the dedicated EVs. The company is expecting its American and European technical centres to work with the Chennai and Bengaluru centres in India for the development of the platforms.

The born electric is the next disruptive thing that we’ll be doing, where the platform development will be maybe more than one, covering a full range of SUVs.

Converted EVs like the Mahindra eXUV300 and Mahindra eKUV100 would be succeeded by next generation EVs that are developed from the ground up to offer much higher capabilities. They would be lighter, feature a flat floor and better space efficiency, and score high on the safety aspect as well.

“In three to five years’ time, we will have modern electric platforms in India,” Shah told Bloomberg in an interview in January. Shah was referring to an EV-only platform like MEB at Volkswagen Group and E-GMP at Hyundai Motor Group. The company expects EVs to start registering higher sales than ICE vehicles from 2030 in the Indian market.

Earlier the same month, it was reported that Mahindra plans to use funds allocated for the previously announced Mahindra-Ford JV to develop a dedicated EV platform. The Coronavirus’ impact on the business is one of the factors that led to the cancellation of the tie-up. Mahindra was to invest INR 3,000 crore in the joint venture company with Ford. Now, it plans to use a part of that reserved fund to develop a new EV platform, as per a report from autocarpro.in. Last month, Reuters reported that Ford may even call off all the joint vehicle development projects with Mahindra.

Mahindra has divided its electrification into three stages. The first stage is electrifying three-wheelers and LCVs (such as the Treo & Atom), the second stage is electrifying existing cars (eKUV100 & eXUV300), and the third stage is building a new EV platform. The part of the fund mentioned would go into Phase-III and could lead to the first Mahindra car built from the outset with an electric powertrain.

In an announcement at the start of January, Mahindra expressed confidence in its SUV portfolio and said that the company is increasing the pace of its work to achieve the leadership position in the electric SUV category.

Shah talked about an increased focus on EVs during a virtual conference following the announcement on January 1, as per a reuters.com report. He said that the company would look at how it can speed up investment in EVs, which will be important to achieve its goal of becoming a global brand. Speaking further, he mentioned Pininfarina Battista as a starting point and added that the company would evaluate developing more platforms for EVs made in India for both domestic and export markets.

Shah said that Mahindra’s initial plan was to invest roughly INR 30 billion in the joint venture company with Ford Motor, and half the amount would have been equity. Now, with the JV company cancelled, Mahindra plans to invest the money in EVs. Ford is still welcome at Mahindra for collaborating on products, including electric cars.

By June, M&M will send the Mahindra eKUV100 (codename: Mahindra S110) into the market. With a price tag of INR 8.25 lakh (ex-showroom Delhi, incl. FAME-II subsidy), it would be India’s most affordable electric car. The micro-SUV would be followed by a bigger electric SUV that goes up against the Tata Nexon EV as early as the year-end – the Mahindra eXUV300 (Mahindra S210). Thanks to a range of 375 km and the complete localisation of the electrical architecture, the Mahindra eXUV300 has the makings of a best-seller with a combination of price and features.