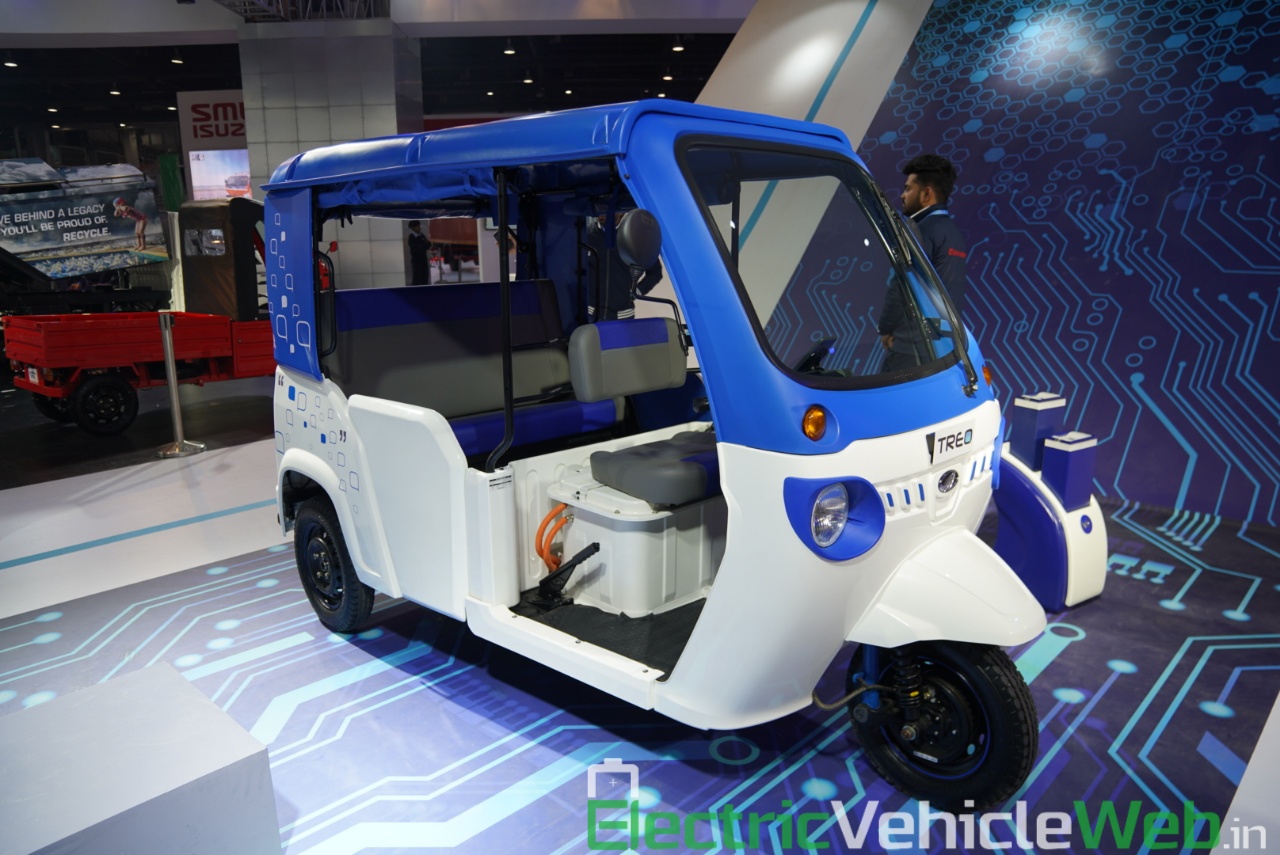 The solar roof was more of a demo. As of now, there is no plan to convert that to a commercial product. As far as the Range Extender is concerned, we will be launching that in Treo 3.0; which date we have not yet talked about, we have just launched Treo 2.0.

Dr Goenka suggested that the company does not feel a strong need to offer a range extender or a solar roof option, as users feel that the Mahindra Treo has enough range. Thanks to the 2.0 update, it is already offering the right amount of travel range.

The way Treo is getting used now, the operators are easily able to get 150-170 km in a day, and therefore, a need for range extender or a need for swappable battery may not really be as much as we thought six months ago.

The Mahindra Treo 2.0, including 20 new and improved EV components made in-house, with a range extender, increases the range by 60-70 km. The solar roof adds 25 km more to the range. These concepts could be considered for export markets where usage patterns differ and call for additional support.

The Mahindra Treo range of electric three-wheelers was launched in Bengaluru this month. The hometown launch was held just days after the 5,000-unit national sales milestone was achieved early this month.

The Mahindra Treo sales milestone achievement came nearly two years after the launch, which took place in November 2018. Moving forward, the company plans to sell that many electric three-wheeler every month. With several state government policies introducing incentives to purchase electric three-wheelers, sales would evolve considerably provided enough states give Mahindra Electric the approval to register and sell their auto.

The Treo, the first Li-Ion three-wheeler auto developed in the country, competes with petrol and CNG vehicles from established brands such as TVS Motor and Bajaj Auto which have the backing of operators and stakeholders at large, so the challenge for Mahindra Electric doesn’t end with just launching a good alternative.

Mahindra says that it sells the Treo in over 400 districts across India and that the 5,000 units combined have travelled a distance of 35 million km. According to the company, Treo customers save up to INR 45,000 a year compared to a similar LPG auto. Some customers have been able to ride up to 265 km in a single day with well-planned charging breaks. The Treo costs INR 2,60,383 (ex-showroom Bengaluru) onwards, while the cheaper Treo Yaari retails at INR 1,65,552 (ex-showroom Bengaluru) onwards.

The Mahindra Treo packs a Lithium-ion battery, which has a life of more than 1.5 lakh km, to feed an electric motor generating 8 kW and 42 Nm. These best-in-segment performance parameters allow the electric three-wheeler to have a gradeability of 12.7 degrees – the highest in its segment – for easily climbing slopes. Lastly, this model boasts the segment’s longest wheelbase for a spacious cabin.

Mahindra has honed its strategy to aggressively push for the development and sales of electric three-wheelers, LiveMint.com had reported in June. Mahindra Electric has reset the target to sell 10,000 units of its electric three-wheeler models per month, as per the report, and is discussing with state governments and private entities to provide thrust to its entry-level electric vehicles.

The company could have identified a higher potential in the electric Treo range that aligns with the union government’s plan through FAME II policy to promote such vehicles and curb air pollution. The government has set aside Rs. 525 crore to support the sale of 5 lakh units of electric three-wheelers by 2022 under FAME II.

AutoPunditz.com reported in April that Mahindra Electric has posted a 7x growth in FY2019-20 in sales of electric three-wheelers over FY2018-19. The growth of 623 per cent has helped Mahindra to increase its overall share in the three-wheeler passenger category. Mahindra can expect the numbers to grow this year and 2021 in the electric three-wheeler segment with the introduction Treo Zor and e-Alfa Mini electric load carrier shown at the Auto Expo 2020.

Mahindra had confirmed on an investor call this year that its electric three-wheeler business is picking up with over 1,500 units of Mahindra Treo and e-Alfa dispatched every month. Dr Pawan Goenka, Managing Director of Mahindra & Mahindra, has said that the number includes the lead-acid battery vehicles – 500 are lithium-ion Treo and 1,000 are the e-Alfa lead-acid vehicles.

Dr Goenka believes that the segment, in which the lithium-ion Treo is present, will be the first to take off in the electric three-wheeler sector. And Mahindra controls the segment as the first major player.

He says there are two main reasons for this segment’s potential. One is that with the current level of FAME benefits and GST slabs, the Treo three-wheeler segment is commercially more viable for owner-operators. They will be able to make a bit more money every month after the expenses with the electric Treo that they could with petrol, diesel or a CNG powered vehicle. Secondly, the Treo has been at the variable cost level profitable from the beginning itself for Mahindra and now as the volumes rise, the company is sure to become profitable at the EBITDA level (Earnings before interest, tax, depreciation and amortization) and then at the PBT level (Profit before tax).

The Treo will face intense competition this year. Piaggio has introduced the Ape series with a Li-Ion battery, and Bajaj Auto has said that it would enter the segment with the RE Electric.

Mahindra could also consider the Treo for export markets where there is potential for electric three wheelers. Markets like Bangladesh, Sri Lanka, Nepal and South America where Bajaj has a strong presence could be avenues for the Treo.

Developed countries are seriously discussing the switch from petrol or diesel vehicles to electric particularly at tourist attractions, monuments and city centers where the electric Mahindra ‘tuk-tuk’ could find global exposure even if exported in small numbers. The electric three-wheeler ride would be a new experience to westerners who could feel close to the action as opposed to taking in the view from behind a glass window of a van or bus.

What is the base Mahindra Treo price?

What are the Mahindra Treo variants?