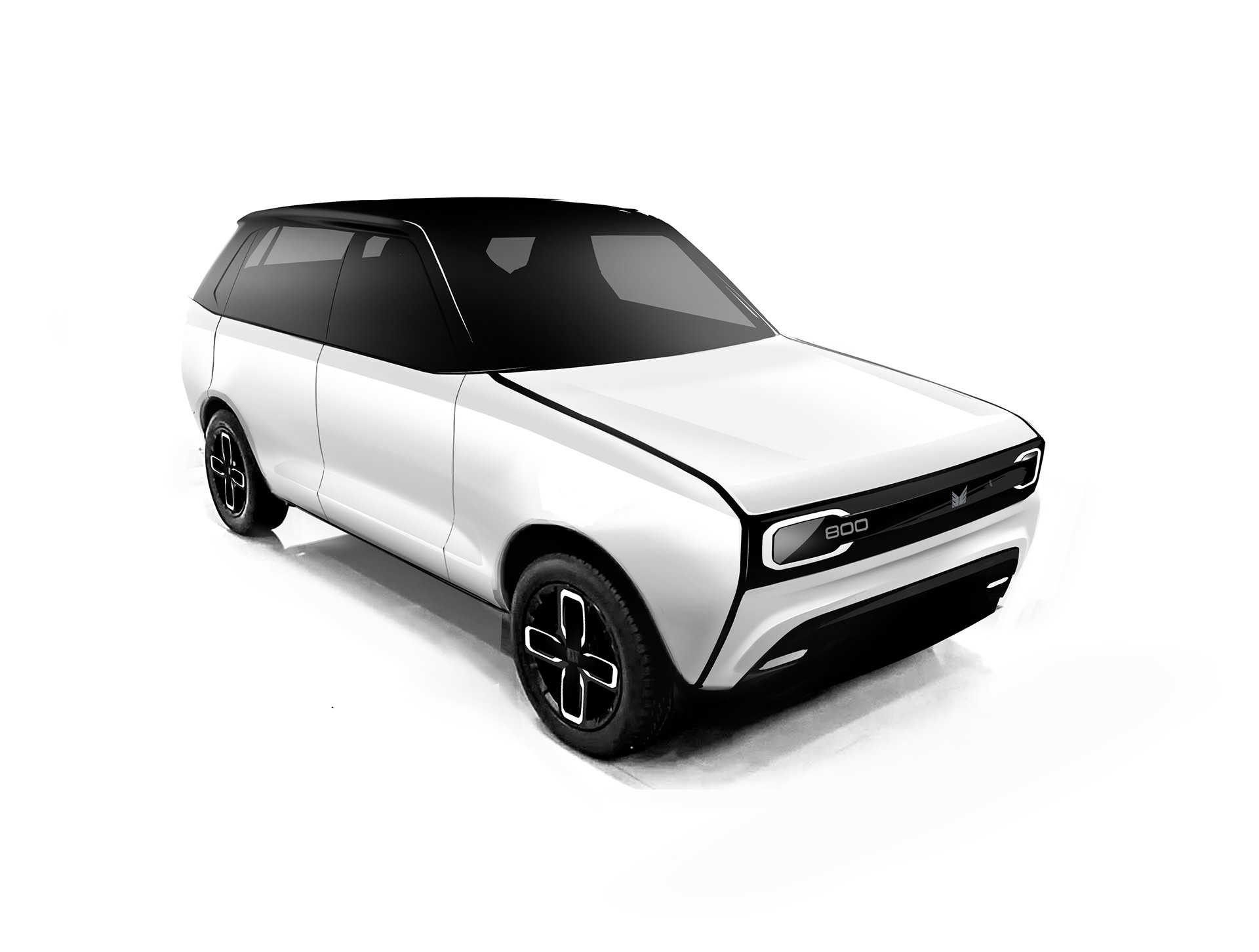 Automotive engineer and award-winning mobility designer Rajshekhar Dass who has played a hand in making the world’s fastest train in China has a solution to get India’s electric car revolution going after it saw a couple of false starts in the previous decade.

“Look at today’s scenario – people are reluctant to buy an electric vehicle,” Dass, who currently heads design for a Chinese firm, told EVW, speaking from his base in Shanghai.

“I was in Turkey earlier this year, living on a small island, where I saw a Maruti 800, a product from an Indian collab. As an Indian I was proud. I thought Maruti should revive the 800 and began doodling. As an auto enthusiast, I can say India does not have many iconic cars, but the 800 is definitely one of them.”

“Some sentiment and emotion would help the EV revolution break out as we are competing with smartphones and devices to get the millennial’s attention. The electric car needs a hero, and the 800, if brought back, could inspire people to take up EVs. Teenagers today are not as excited as we 90’s kids were about cars as they have turned more technical than emotional. But we can use design to solve this problem,” he says.

“I envision the reborn Maruti 800 electric with a small powertrain offering 130 km real-world range, while the tech would include fingerprint scanner and facial recognition system to speak the lingo of the millennial. The basic variants could do with IoT features like using the smartphone as the car’s interface,” the transportation engineer feels.

On the interior, Rajshekhar said:

So I think although this is a revival of a legendary car which was very affordable, easy to maintain simple and very easily acceptable by the masses, the future or EV version must speak the language of today. And I believe we are in the era of very rapidly developing technologies, where most of the concepts the future is realized much earlier than what we expect.

Today we have to tech and knowledge to either make anything we imagine and at the same time once realized we can make the tech more affordable and available to the public lot quicker than before. So I want to pay tribute to the tech culture around us but designing the interior of the car which feels surrounded by technology but looks less intimidating because of the simplicity of the interior.

Today after Tesla, most cars are coming with big screens, I wanted to that in a different way and make it more accessible to the whole interior and feels a bit more subtle. So I imagined a continuous screen floating around the interior which has most of the functions embedded, like opening the window, locking the door and also playing with the window tints instead of physical window shades.

Almost all the function in the interior is on screen. Instead of physical buttons, we can have a haptic response on the screen whenever the user touches the screen it gives a physical response to the user just like the iPhones or most smart phones today. So most of these technologies are available in our daily life around us. If we can smart work around these tech to work together we could have affordable tech space within the car.

With the help of these techs, the interior looks lighter, simpler, the dashboard area can be further be compacted for more space but the horizontal design itself makes an illusion to the human eye that the interior is much longer and spacious. This will also reflect the future of car interiors where it will be more about user experience and the way we interact with the space while there may be no driver required.

While there’s no plan to launch a Maruti 800 EV, some electric vehicle enthusiasts are enjoying a Maruti 800 EV in India, thanks to EV conversion specialists. Pune-based Hemank Dabhade of Northway Motorsport, for instance, has converted a Maruti 800 into a rear-wheel driven, all-electric car. Interestingly, it’s not only a pure electric car but also a two-seater. Dabhade was earlier featured on ElectricVehicleWeb for his Honda Activa electric conversion.

On paper, the Maruti 800 EV built by Dabhade is more capable than even a VW ID.4 or Mahindra Scorpio in terms of performance. The VW ID.4, also featuring a rear-wheel drive drivetrain layout, has a motor generating 150 kW (204 PS) and 310 Nm of torque. This Maruti 800 EV’s motor generates 378 Nm of torque. The range of the Maruti 800 electric is obviously not as good. The converted low-cost car is able to go only ~150 km on a full charge as opposed to the factory-made, highly advanced EV from Germany having the capability of going 522 km (WLTP) on a full charge.

Rajshekhar Dass’s strategy to give wings to EVs in India by recalling an iconic name sounds great, but it would take a while for Maruti to bring back the 800 as an electric car. The company has pushed the launch of its first electric vehicle to 2021 citing the lack of charging infrastructure and the high cost of batteries, as it continues developing the product. The company is focusing on CNG, mild hybrid, strong hybrid besides EV technology to put a million ‘Green’ cars on the road in the next couple of years.

The first Maruti electric car is a redesigned Wagon R that will come with a 130 km real-world range. It will (reportedly) feature standard AC charging that will would take about 7 hours to fully charge the battery pack. With DC fast-charging, around 80 percent charge can be accomplished in under an hour. The price of the Maruti electric car is expected at around the INR 10 lakh ex-showroom (exclusive of government subsidy).